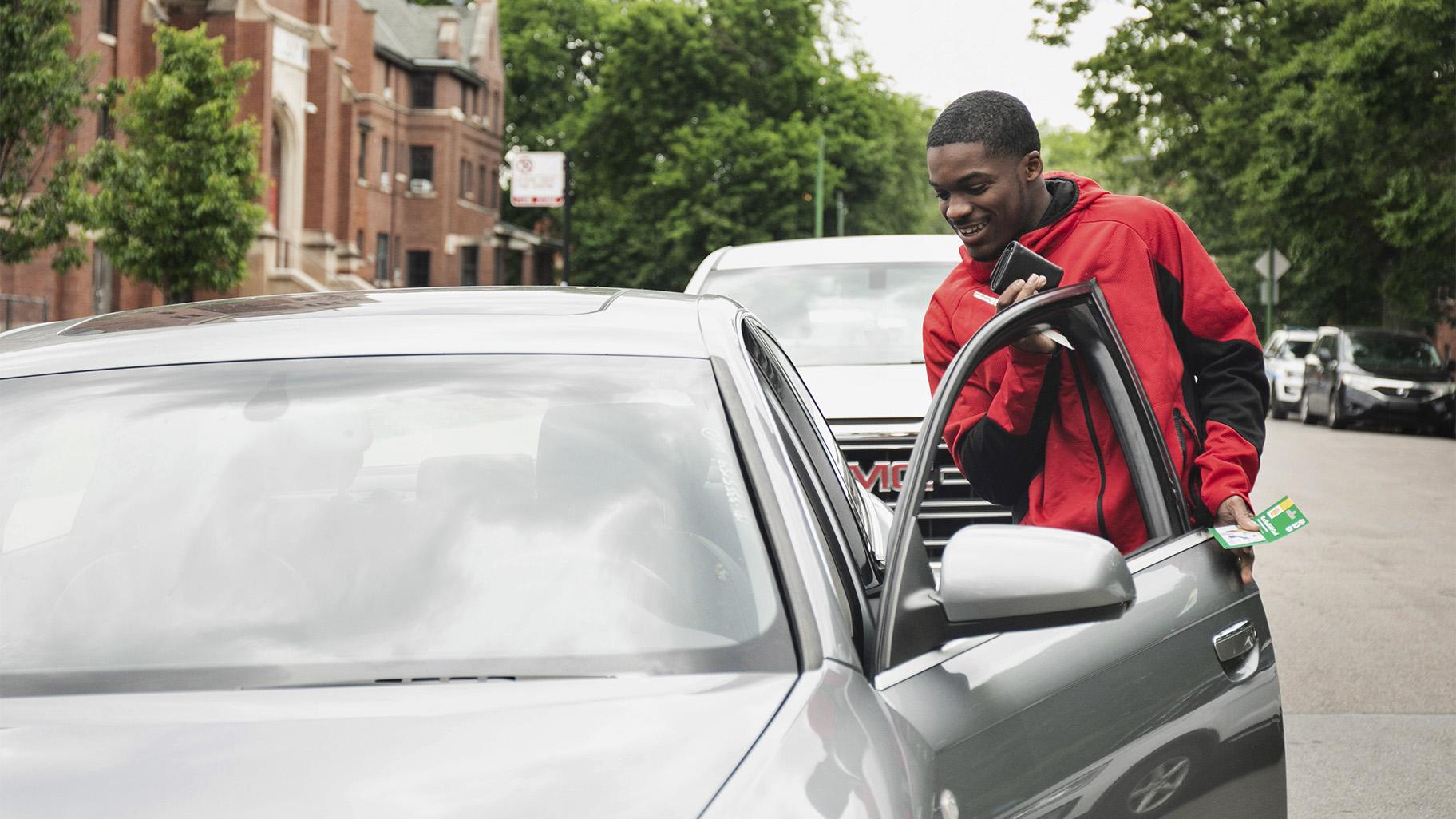 CHICAGO (AP) — A Chicago man who jumped onto train tracks to rescue someone who had fallen onto an electrified rail during a fight at an L station earned more than praise for his heroic act: He’s also been gifted with a car.

Anthony Perry, 20, was surprised Wednesday with a 2009 Audi A8 from Early Walker, founder of the anti-violence organization I’m Telling Don’t Shoot.

“We wanted to literally show our appreciation because we need more people like you. We need more Anthonys in the world,” Walker said after also giving Perry a $25 gasoline card.

Perry said the car will make his life “way easier.” He’s been taking two buses and a train to get from his home in the South Side neighborhood of Park Manor to his job with Amazon Fresh in suburban Oak Lawn.

On Monday, he got off at a stop on the Chicago Transit Authority’s Red Line when he noticed a nearly unconscious man on the electrified third rail of the tracks. He jumped down onto the tracks and pulled the man to safety.

“I was hoping I could just grab him and not feel nothing, but I felt a little shock,” Perry said. “I felt it all though my body actually. I didn’t let that stop me.”

With the help of another commuter, Perry administered CPR on the man, who had been hurt by an electric shock. The man was taken to a hospital and was expected to survive.

Police are still investigating the incident that led to the man falling onto the tracks, the Chicago Sun-Times reported.

Perry’s car was delivered to him blocks from his home as residents and police officers looked on in support.

“So many times people think these young men are out here doing the wrong thing, but this is just a prime example of how a young man took it upon himself to jump in and do the right thing,” said Chicago police Lt. Yolanda Irving.