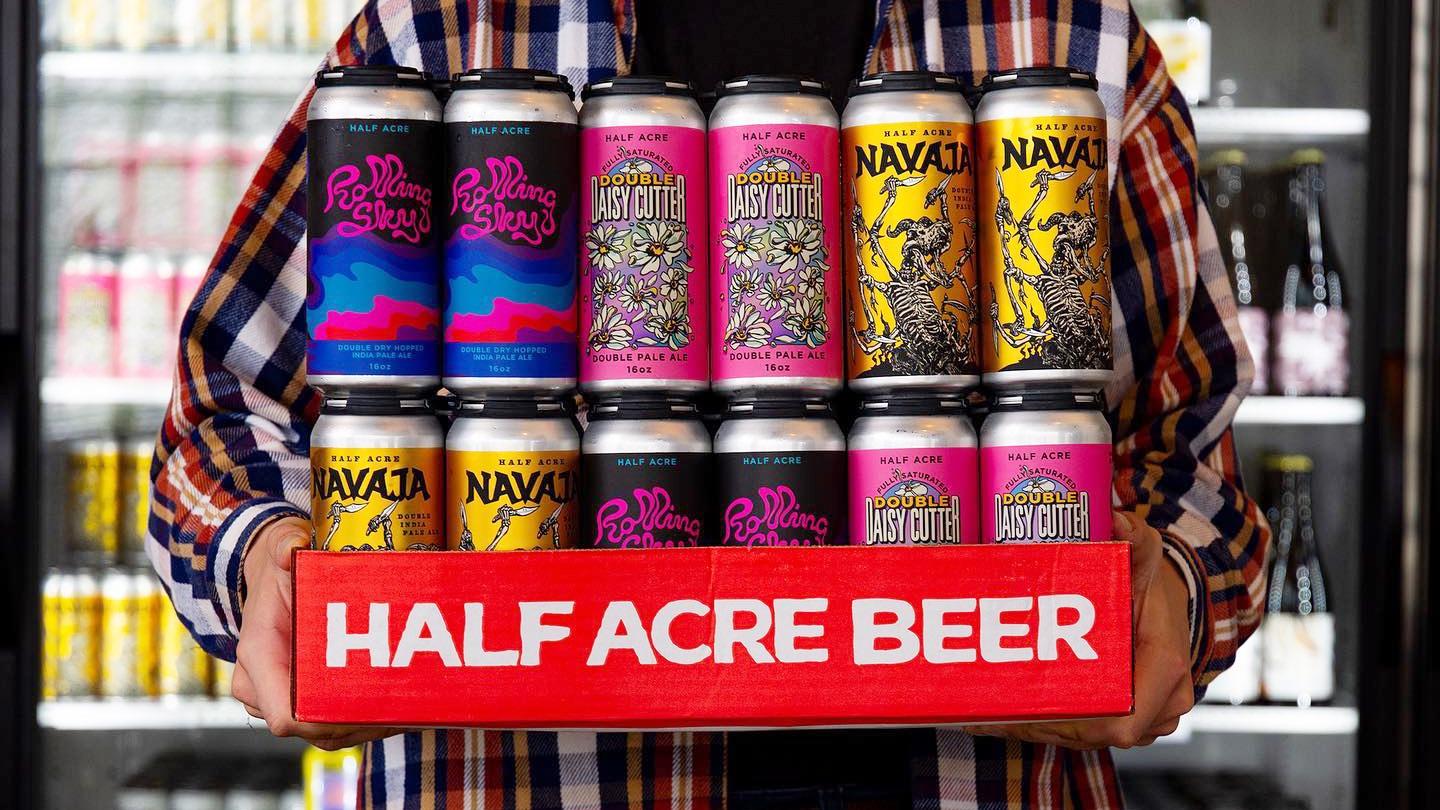 There’s an entire corner of the internet devoted to warnings about the dangers plastic six-pack rings pose to wildlife, a point driven home by graphic images of birds, dolphins and turtles caught in the circular snares.

By contrast, alternative packaging for the four-packs and six-packs sold by craft breweries has been billed as comparatively eco-friendly. Best known by the brand name PakTech, these sturdy plastic snap-on can carriers are labeled as 100% recyclable.

That designation is true, just not when it comes to the single-stream recycling programs favored by cities like Chicago. The carriers either get rejected by facilities because of their tendency to snarl recycling equipment or they escape detection by sorting machinery. As a result, millions of them wind up in landfills, despite consumers’ and breweries’ best intentions.

“One of the reasons we chose to use PakTech carriers back in 2014 was because they were made of post-consumer recycled plastic, and I assumed that because of their larger size, they would be more likely to be recycled. I was very surprised to learn that isn’t true,” said Josh Gilbert, founder of Evanston-based Temperance Beer.

“We use over 40,000 carriers per year, and thinking of those all ending up in landfills breaks my heart,” Gilbert said.

Temperance has done its best to re-use or properly recycle what carriers it could, but that left consumers and merchants out of the loop. Now, a newly launched Chicagoland Can Carrier Reuse and Recycling Co-op is filling in those gaps, creating a system in which the carriers can be collected, redistributed for re-use or sent to a facility that has the capability to recycle them. Dozens of breweries and bottle shops have already signed on to the fledgling program.

“More and more breweries are realizing there’s a better way, and that’s to get these out of the waste stream and get them back to breweries. The goal is to keep these (carriers) in circulation as long as possible,” said Alex Parker, founder of Craft for Climate, which is organizing the co-op.

Every carrier that’s re-used means a new carrier doesn’t need to be manufactured, he said, and every carrier kept out of landfill translates into fewer microplastics entering the soil and water.

Parker’s day job is in marketing for a large multi-national brewer. The completely independent Craft for Climate project is a way for him to marry his twin passions for beer and the environment, by using beer as the hook to educate people about climate change.

When Parker came across the work of Rob Vandenabeele, founder of EcoFriendlyBeer.com, he recognized a kindred spirit. Vandenabeele has spearheaded carrier collection programs in Massachusetts, Vermont and Rhode Island, a model that Parker thought could be replicated in the Chicago region.

“Everybody knows these things can be collected. It felt like nobody had mapped out the logistics,” Parker said.

So that’s what he did, drawing on Vandenabeele for advice and expertise.

Here’s how it works: Consumers can drop off carriers at any of the participating breweries or bottle shops. Look for signs posted in taprooms and outreach from breweries on social media. Some of the breweries, including Temperance and Midwest Coast, will reward people with free pours equivalent to the stack of carriers they deposit.

Chicago’s Half Acre, Temperance, Heartland Beverage in St. Charles and the Addison-based recycling education organization SCARCE will serve as hubs, where participating businesses can bring excess, damaged or otherwise unusable carriers. Brewers can also share among themselves via a private Facebook page.

Half Acre, which goes through more than 1 million of the carriers a year, was already acting as a drop point for some of its fellow brewers, and is excited for the increased visibility the co-op will bring to the issue, said Layne Frost, the brewery’s supply chain manager.

“The faster we get them out of single stream recycling the better,” Frost said. “We think it’s important for those who have the ability to drive change, to step up and take that role. Not all breweries have the space/ability to be a collection hub, so if you do have the capability, you have the responsibility to take it on. It would be great if this became common practice industry-wide.”

Distributor Heartland Beverage was recruited to pick up and deliver collected carriers to destinations along its existing distribution routes. Craft for Climate has also partnered with the Resource Center, a recycling pioneer in Chicago, to ensure any discarded carriers are truly recycled, not landfilled.

“That was the missing piece of the puzzle, connecting with the Resource Center,” Parker said.

His hope is for the program to grow organically, he said, with plenty of potential to expand into large chains such as Binny’s or Jewel-Osco.

“We think this program can really make a difference,” Parker said. “If you’re a brewery or bottle shop that wants to start collecting carriers, go ahead and start. It’s the first step in addressing the problem.”