Ten reputed members of the Four Corner Hustlers street gang have been arrested and charged with conspiring to sell narcotics at open-air drug markets on Chicago’s West Side following an undercover investigation that lasted more than a year.

The effort, dubbed “Operation American Hustle,” was led by Homeland Security Investigations and the Chicago Police Department, and led to the seizure of multiple kilograms of heroin — some of which was laced with fentanyl — and cocaine.

“Fentanyl, heroin and cocaine are extremely potent drugs that have wreaked havoc in too many of our communities across the country and right here in Chicago,” Lausch said during a press conference Thursday afternoon.

Each of the defendants are in custody and have made an initial appearance in federal court in Chicago. On top of the federal charges, at least 21 others have also been charged in Cook County with state drug offenses related to the investigation, according to Lausch.

“Street gangs like the Four Corner Hustlers pose a real threat to our community,” said Angie Salazar, special agent-in-charge of Chicago’s office of Homeland Security. “We recognize there’s more to be done, but we will continue and stand committed to work tirelessly to protect the communities that we serve and bring those who threaten our public safety to justice.”

According to the feds, Jarelle Jones, Marquis Jones, Joseph Williams, and Dornell Williams worked as “shift managers” who oversaw sales. Logan and Bell allegedly picked up narcotics and delivered them to those markets, while Webb, Fletcher, and Linton worked as street-level dealers. 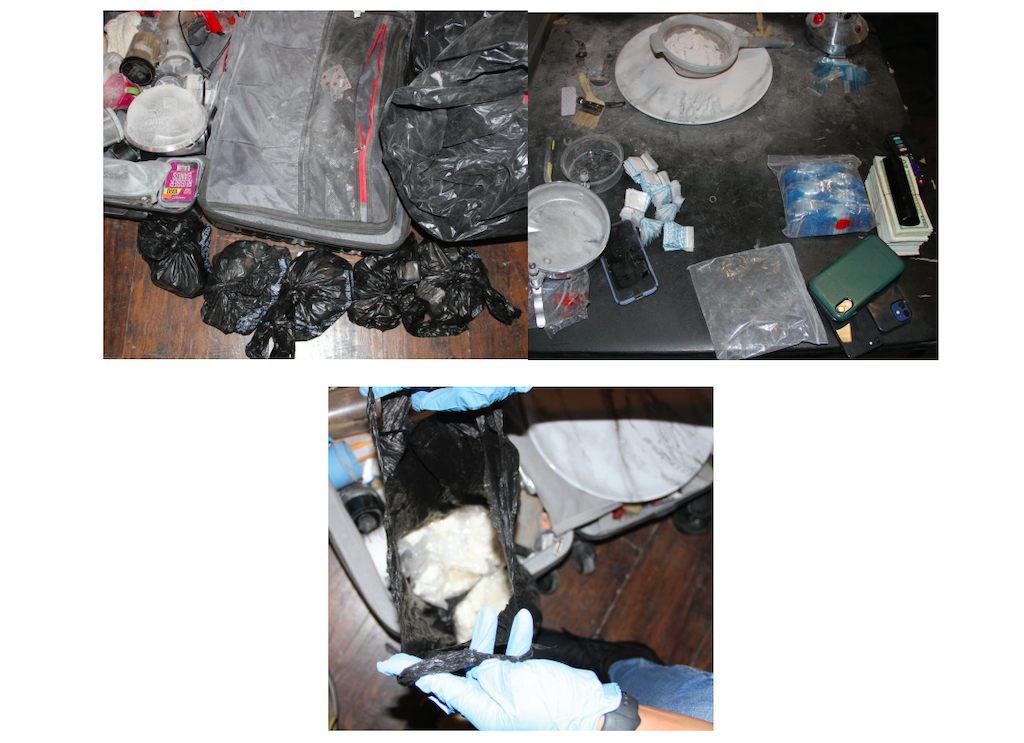 CPD First Deputy Superintendent Eric Carter said the locations targeted in the operation were “hot spots” for drug and gang activity. According to a 69-page complaint, drugs sold at these markets were often sold in small baggies for $10.

In addition to the drugs, law enforcement also seized four rifles, four handguns, a MAC-10 submachine gun, a shotgun, and more than 450 rounds of ammunition. While there is no evidence currently that the firearms recovered were used in other crimes, Lausch said that investigation remains ongoing.

“The street gang problem in Chicago, it’s significant, it’s been significant for a long time,” Lausch said. “The work here is an essential part of what needs to happen.”