This month, Starbucks workers in northwest suburban Cary and in Peoria are voting on whether to join a union. They’re the first two Starbucks union elections in Illinois. It’s part of a growing national movement that’s reached more than 200 coffee shops around the United States.

In December, a Starbucks in Buffalo, New York became the first of the company’s thousands of U.S. locations to vote for unionization. Just weeks later, workers at Chicago’s Randolph and Wabash location moved to join the effort.

“We just want to have a seat at the table,” said Starbucks employee and organizer Zero Muñoz. “Each store has a unique set of issues and things they would want to bring up with corporate. It’s not a one-size-fits-all sort of deal.”

Muñoz praised their store manager but said higher-ups weren’t taking concerns about security seriously, and didn’t acknowledge how busy the downtown location gets during events and holidays. After workers filed for a union, they say management from the district and corporate level started appearing regularly.

“They suddenly wanted to act like they were always paying attention and wanting to hear us out,” Muñoz said.

There are now eight Chicago-area stores that have filed for a union election – and the company’s been pushing back. In a letter earlier this month, CEO Howard Schultz wrote: “We will become the best version of Starbucks by co-creating our future directly as partners. And we will strengthen the Starbucks community by upholding each other’s dreams; upholding the standards and rituals of the company; celebrating partner individuality and voice; and upholding behaviors of mutual respect and dignity.”

“We are the faces of your company,” Muñoz said in response to company pushback. “(Customers) come in and get their morning coffee before work, before school, before starting their day … and we want to help reflect that.”

Union backers accuse Starbucks of so-called “union busting,” including disciplining or firing pro-union workers. The National Labor Relations Board has issued two complaints against the company for retaliation.

Workers also say the company has been cutting back their hours: “and then they’re still expecting this very high quality standard for our customer experiences,” said Logan Square Starbucks employee and organizer Logan Higgins. “We’re the ones delivering the customer experience and we don’t have that extra person or two people … so these customers are getting the short end of the stick.”

Organizers say company management has been holding captive audience meetings to persuade workers not to join, and hanging anti-union literature at Starbucks locations. In CEO Schultz’s letter, he writes “...while not all the partners supporting unionization are colluding with outside union forces, the critical point is that I do not believe conflict, division and dissension – which has been a focus of union organizing – benefits Starbucks or our partners.”

With Starbucks locations around the country awaiting election results and most of the Chicago area coffee shops still waiting on an election date, Munoz says they’re excited about what the future holds for workers.

“It is a growing labor movement. It’s not just Starbucks, it is the workforce as a whole. There are so many other industries who are pushing to unionize right now and it’s amazing.” 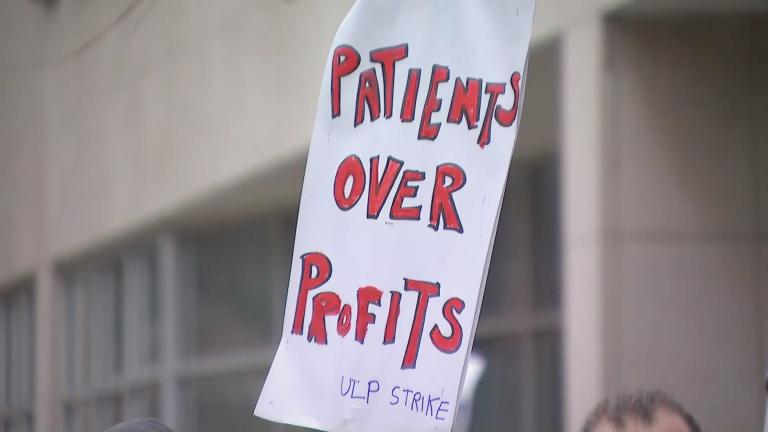