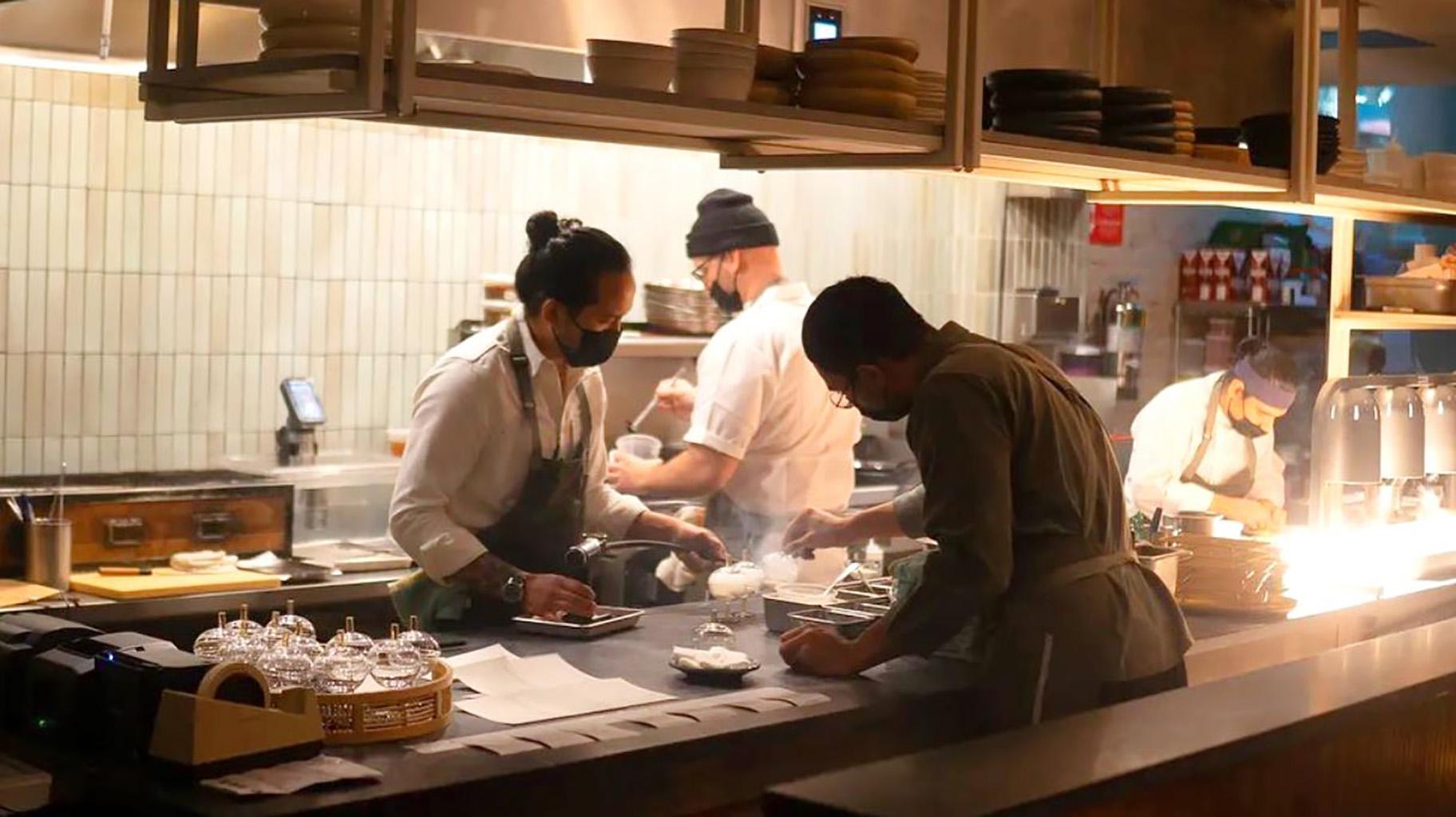 Kasama is among the Chicago restaurants receiving a Michelin star for the first time. (Kasama / Facebook)

Chicago’s vaunted restaurant scene, hit hard by the coronavirus pandemic, received a welcome dose of good news Tuesday with the announcement of the 2022 Michelin star recipients.

Of the 23 Chicago restaurants awarded prestigious stars, Grant Achatz’ Alinea remains in a category of its own. Alinea was once again awarded a three-star rating, the highest attainable and the only in the city. According to Michelin, three stars signifies “the superlative cooking of chefs at the peak of their profession; their cooking is elevated to an art form and some of their dishes are destined to become classics.”

Chef Trevor Teich’s Claudia is named after his mother and started out as a pop-up. Michelin inspectors praised the prix-fixe menu as “intensely creative.” Tempura-fried snails with black truffle and woodsy pine-flavored meringue were a favorite, as well as an “oh so addictive” pâté en croûte.

Kasama chefs Tim Flores and Genie Kwon, veterans of two-star Oriole, were already riding high on a James Beard nomination for best new restaurant. In their description of Kasama, Michelin inspectors said the menu “emphatically displays this talented team's training, experience and heritage for an experience that is ambitious, clever and distinct. The chefs have taken traditional Filipino cooking and given it a creative, contemporary spin.”

“Chef Zach Engel brings his experience to bear on this personal brand of modern Middle Eastern cuisine,” inspectors said of Galit. They drooled over his treatment of familiar dishes, including “flame-kissed pita” and “crackling-crisp falafel.”

Restaurants retaining their two stars, awarded “when the personality and talent of the chef are evident in their dishes; food is refined and inspired”:

One-star recipients, awarded for outstanding cooking, which takes into account “the quality of the ingredients, the harmony of flavours, the mastery of techniques ... and consistency both over time and across the entire menu”: