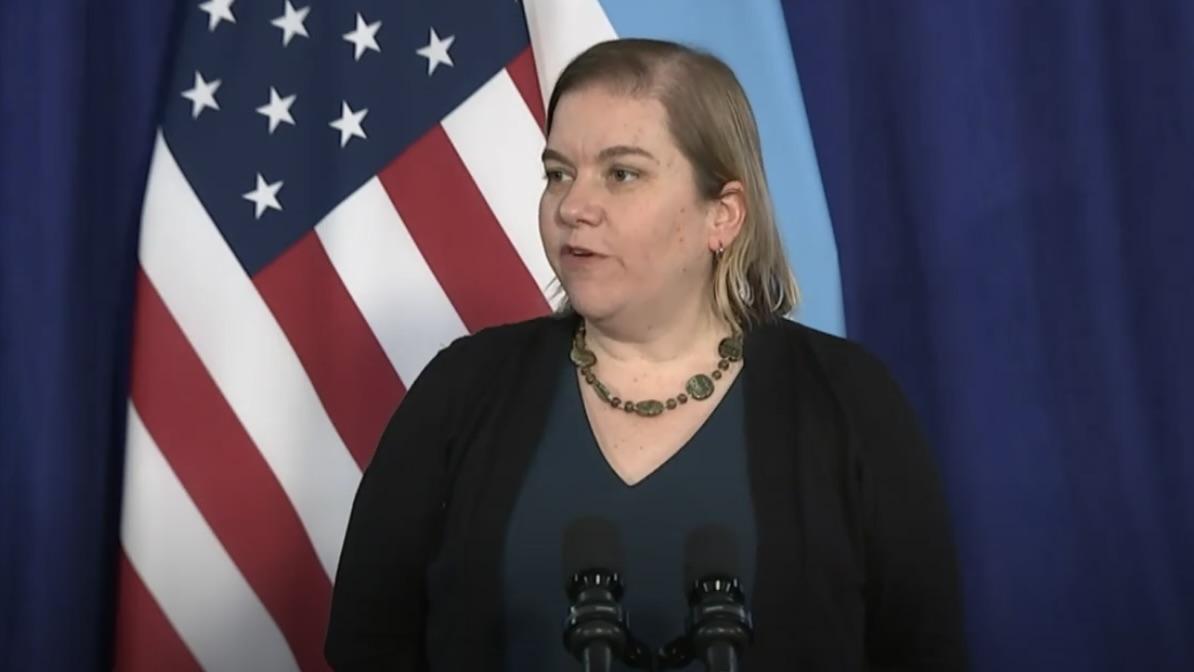 Dr. Allison Arwady, the commissioner of the Department of Public Health, addresses the news media on Wednesday Jan. 19, 2021. (Chicago's Mayor's Office) Chicago has passed the peak of the surge of COVID-19 driven by the omicron variant, Chicago’s top doctor said Wednesday.

“I'm really pleased to see this turn around,” said Dr. Allison Arwady, the commissioner of the Chicago Department of Public Health.

Chicago's COVID-19 test positivity peaked at 19.6% on Jan. 1, Arwady said, and hit 12.6% on Tuesday, the lowest rate since Dec. 28, according to city data. The city revised test positivity data released over the past several weeks after the city’s system was overwhelmed during the surge. The number of cases reached a peak on Dec. 28 with 8,553 cases, the highest number at any point during the COVID-19 pandemic.

Hospitalizations have not yet begun to drop, but they have plateaued, Arwady said.

“Our hospitals remain stretched, make no mistake about that,” Arwady said. "We are not out of the woods."

Speaking shortly after Arwady, Gov. J.B. Pritzker and Illinois Department of Public Health Director Dr. Ngozi Ezike said they were cautiously optimistic that a drop in hospitalizations during the past seven days meant Illinois had already endured the worst of the omicron surge.

"I am cautiously optimistic about this declining, but there still a lot of people battling for their lives," Pritzker said.

There are still more people in Illinois hospitals than at any other point in the pandemic, and a team from the Federal Emergency Management Agency is headed to Ingalls Memorial Hospital in south suburban Harvey to help ensure adequate staffing levels, officials said.
"The sheer volume is a problem," Ezike said. "We still have to pull every single lever."

Unvaccinated visitors to Chicago from all states are urged to quarantine for 10 days or record a negative test for the coronavirus within 72 hours of their arrival, officials said.

Even if they test negative for COVID-19, they should self-quarantine for seven days. Those who don’t take a test should quarantine for 10 days after travel, according to the rules.

Unvaccinated travelers should avoid being around people who are at increased risk for severe illness for 14 days, even with a negative test, according to the rules.

An average of 2,903 Chicagoans have been diagnosed each day with the coronavirus during the past week, a 46% decrease from the previous week, according to Chicago Department of Public Health data.

The city’s test positivity rate is 12.6%, down from 17.2% the previous week, while the number of tests dropped 20%, according to city data.

Daily hospitalizations dropped 2% in the past seven days, and 65.8% of all Chicagoans have gotten at least one dose of the COVID-19 vaccine, according to city data.