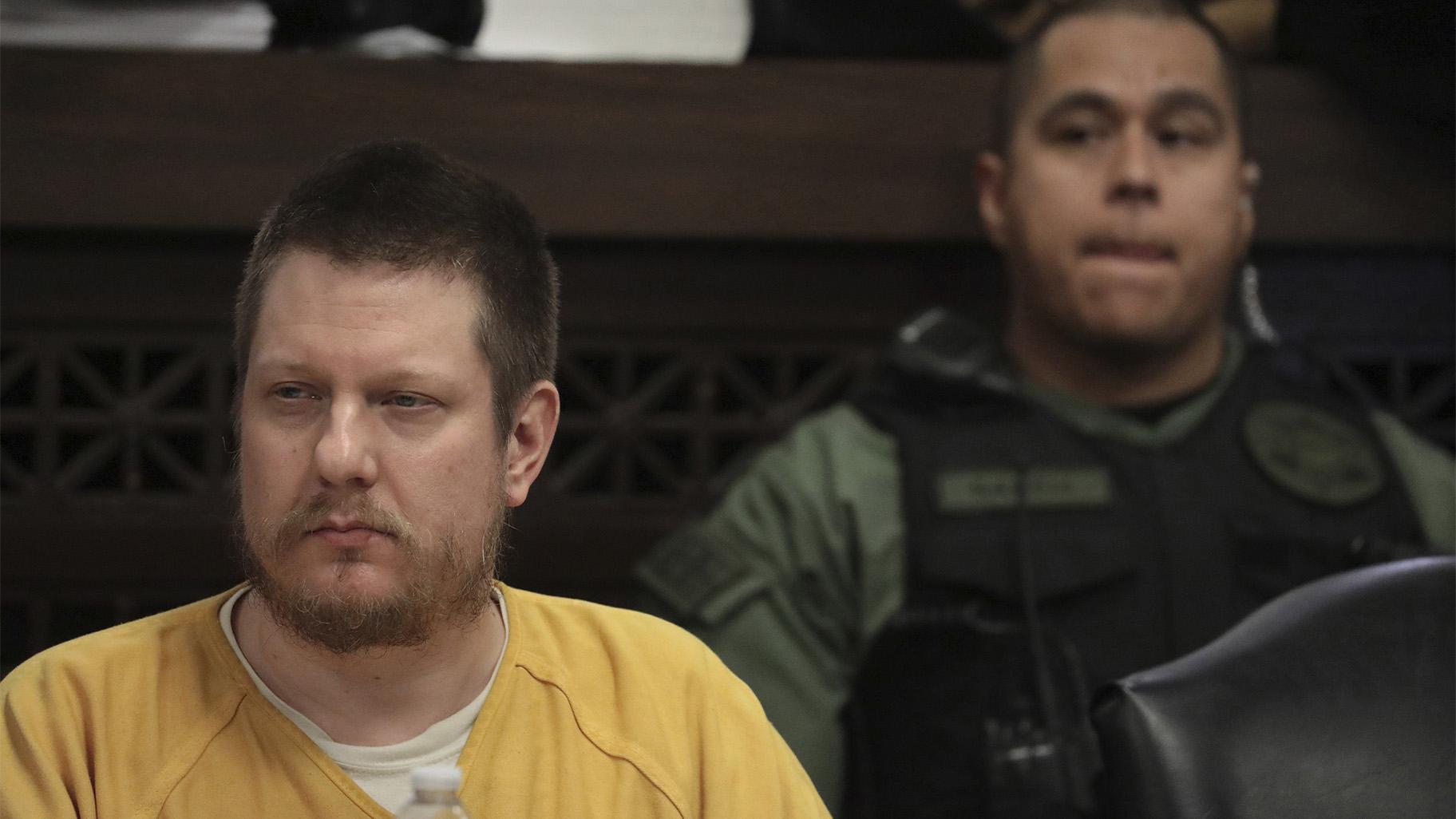 CHICAGO (AP) — The white Chicago police officer whose fatal shooting of Black teen Laquan McDonald put the city at the center of a national debate about race and law enforcement is set to be released from prison next month after serving less than half of the 81-month sentence imposed three years ago.

Kahalah Clay, chief legal counsel for the Illinois Prisoner Review Board, confirmed that Jason Van Dyke — who was convicted in October 2018 in the killing of the 17-year-old — will be released from prison on Feb. 3. She said she did not know where Van Dyke was being held.

“I’m hoping he’s learned the errors of his ways. I have always asked for justice and not revenge,” Hunter told the Chicago Sun-Times. “We got as much justice you could get with the players that were there at the time he was on trial.”

The news of Van Dyke’s release after 39 months angered some community activists, about a dozen of whom protested at a train station on Chicago’s South Side.

That scene was a far cry from the massive protests in Chicago a year after the 2014 shooting, when a judge forced the city to release police video showing Van Dyke shooting McDonald 16 times. Many of the shots were fired when the Black teen was already on the ground.

The police superintendent was subsequently fired, the county’s top prosecutor was voted out of office and Chicago Mayor Rahm Emanuel, who was widely criticized for his handling of the case, decided not to run for reelection.

Van Dyke waited until he was in prison, ahead of formal termination proceedings before the Chicago Police Board, before he resigned from the force.

The graphic video prompted a host of police department reforms and sparked a national debate on how law enforcement treats people of color. The video resurfaced time and again, particularly after other African Americans, including George Floyd in Minneapolis, died at the hands of police.

Van Dyke was convicted of second-degree murder and 16 counts of aggravated battery — one for each bullet he fired at the teenager — and sentenced in January 2019 to 81 months in prison.

Van Dyke, 43, appealed his conviction but abandoned those appeals in 2020. He was eligible to have his sentence cut in half with credit for good behavior.

His time behind bars included transfers from a jail in Cook County to a county jail near the Illinois-Iowa border, and a transfer from the Illinois Department of Corrections to a federal facility in Connecticut. There he was assaulted by fellow inmates, his attorneys said at the time.

He was later moved to a federal facility in New York, but, according to the federal Bureau of Prisons records, was transferred out of the federal prison system in late 2019. On Tuesday, a spokeswoman for the Illinois Department of Corrections, Lindsey Hess, said Van Dyke remains under the jurisdiction of the department but that he was being held in another state. Citing “safety and security purposes,” Hess said the department would not discuss where Van Dyke is being held.