US Opens COVID Boosters to All Adults, Urges Them for 50+ 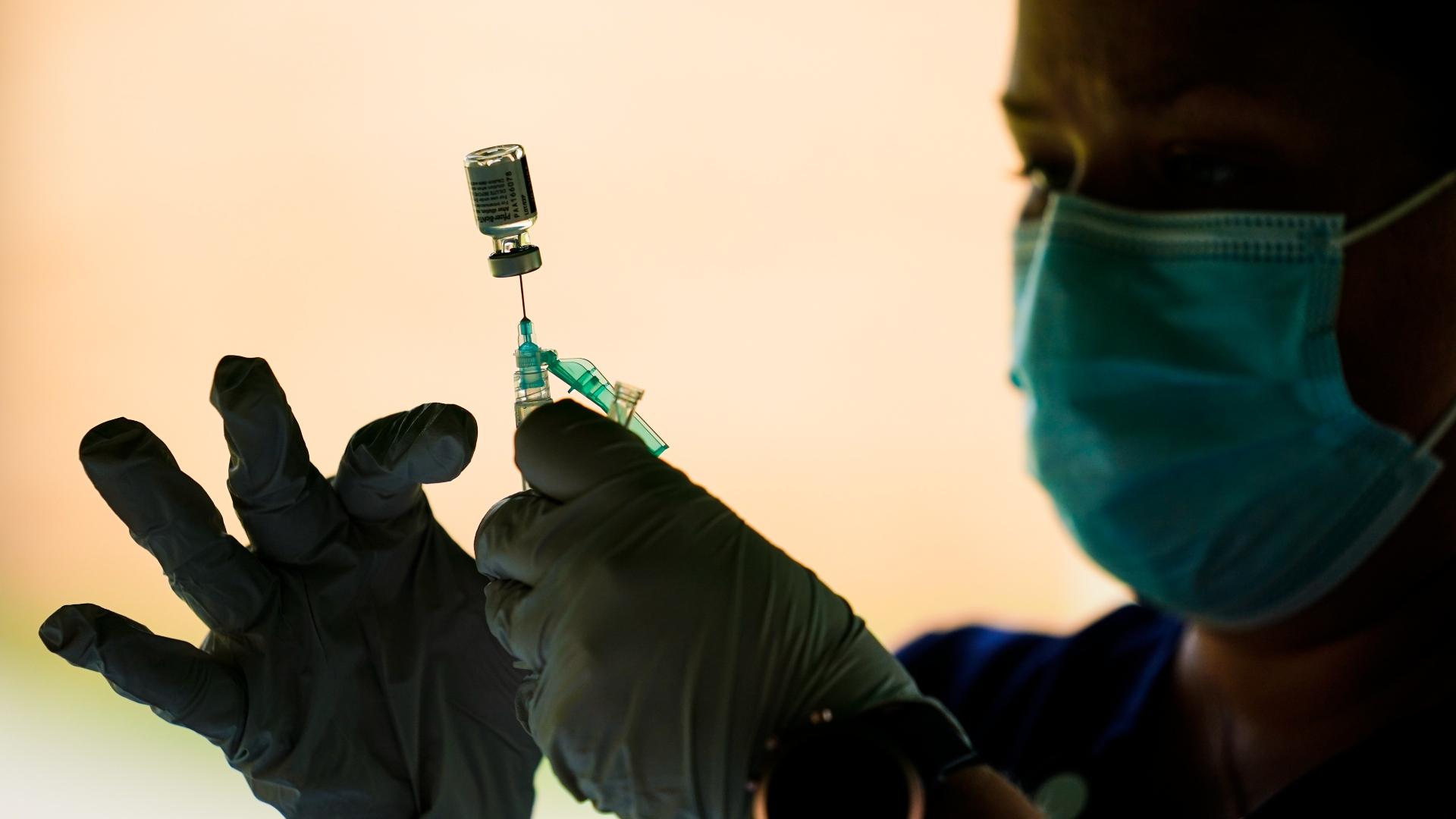 A syringe is prepared with the Pfizer COVID-19 vaccine at a clinic at the Reading Area Community College in Reading, Pa., on Sept. 14, 2021. (AP Photo / Matt Rourke, File)

The U.S. on Friday opened COVID-19 booster shots to all adults and took the extra step of urging people 50 and older to seek one, aiming to ward off a winter surge as coronavirus cases rise even before millions of Americans travel for the holidays.

Until now, Americans faced a confusing list of who was eligible for a booster that varied by age, their health and which kind of vaccine they got first. The Food and Drug Administration authorized changes to Pfizer and Moderna boosters to make it easier.

Under the new rules, anyone 18 or older can choose either a Pfizer or Moderna booster six months after their last dose. For anyone who got the single-dose Johnson & Johnson vaccine, the wait already was just two months. And people can mix-and-match boosters from any company.

“We heard loud and clear that people needed something simpler — and this, I think, is simple,” FDA vaccine chief Dr. Peter Marks told The Associated Press.

The Centers for Disease Control and Prevention had to agree before the new policy became official late Friday. CDC Director Dr. Rochelle Walensky endorsed a recommendation from her agency’s scientific advisers that — in addition to offering all adults a booster — had stressed that people 50 and older should be urged to get one.

“It’s a stronger recommendation,” said CDC adviser Dr. Matthew Daley of Kaiser Permanente Colorado. “I want to make sure we provide as much protection as we can.”

The CDC also put out a plea for those who had previously qualified but hadn’t yet signed up for a booster to quit putting it off — saying older Americans and people with risks such as obesity, diabetes or other health problems should try to get one before the holidays.

The expansion makes tens of millions more Americans eligible for an extra dose of protection.

The No. 1 priority for the U.S., and the world, still is to get more unvaccinated people their first doses. All three COVID-19 vaccines used in the U.S. continue to offer strong protection against severe illness, including hospitalization and death, without a booster.

But protection against infection can wane with time, and the U.S. and many countries in Europe also are grappling with how widely to recommend boosters as they fight a winter wave of new cases. In the U.S., COVID-19 diagnoses have climbed steadily over the last three weeks, especially in states where colder weather already has driven people indoors.

And about a dozen states didn’t wait for federal officials to act before opening boosters to all adults.

“The direction is not a good one. People are going inside more and, ‘oops,’ next week happens to be the largest travel week of the year, so it probably makes sense to do whatever we can here to try to turn the tide,” Marks told the AP.

Vaccinations began in the U.S. last December, about a year after the coronavirus first emerged. More than 195 million Americans are now fully vaccinated, defined as having received two doses of the Pfizer or Moderna vaccines or the single-dose J&J. More than 32 million already have received a booster, a large proportion — 17 million — people 65 or older. Experts say that’s reassuring as seniors are at particularly high risk from COVID-19 and were among the first in line for initial vaccinations

Teen boosters aren’t yet under discussion, and kid-sized doses of Pfizer’s vaccine are just now rolling out to children ages 5 to 11.

The Biden administration had originally planned on boosters for all adults but until now, U.S. health authorities — backed by their scientific advisers — had questioned the need for such a widespread campaign. Instead, they first endorsed Pfizer or Moderna boosters only for vulnerable groups such as older Americans or those at high risk of COVID-19 because of health problems, their jobs or their living conditions.

This time around, the experts agreed the overall benefits of added protection from a third dose for any adult — six months after their last shot — outweighed risks of rare side effects from Moderna’s or Pfizer’s vaccine, such as a type of heart inflammation seen mostly in young men.

Several other countries have discouraged use of the Moderna vaccine in young people because of that concern, citing data suggesting the rare side effect may occur slightly more with that vaccine than its competitor.

Pfizer told CDC’s advisers that in a booster study of 10,000 people as young as 16, there were no more serious side effects from a third vaccine dose than earlier ones. That study found a booster restored protection against symptomatic infections to about 95% even while the extra-contagious delta variant was surging.

Britain recently released real-world data showing the same jump in protection once it began offering boosters to middle-aged and older adults, and Israel has credited widespread boosters for helping to beat back another wave of the virus.

While the vaccines spur immune memory that protects against severe disease, protection against infection depends on levels of virus-fighting antibodies that wane with time. No one yet knows how long antibody levels will stay high after a booster.

But even a temporary boost in protection against infection may help over the winter and holidays, said CDC’s Dr. Sara Oliver.

Some experts worry that all the attention to boosters may harm efforts to reach the 47 million U.S. adults who remain unvaccinated. There’s also growing concern that rich countries are offering widespread boosters when poor countries haven’t been able to vaccinate more than a small fraction of their populations.

“In terms of the No. 1 priority for reducing transmission in this country and throughout the world, this remains getting people their first vaccine series,” said Dr. David Dowdy of Johns Hopkins Bloomberg School of Public Health.