Nurses Fear for Safety, Ask for Security in the Emergency Room

Early in the COVID-19 pandemic, nurses were among those hailed as health care heroes.

To R.N. Paul Pater – who contracted and recovered from COVID-19 —  it now feels like a P.R. stunt.

“We’ve gone from the heroes of the COVID pandemic to who cares, get back to work, shut up,” Pater said.

Nurses are literally coming under attack, he said.

DeBreisha Flowers-Anderson is also a nurse at UI Health’s emergency department, and says she understands that patients come to the hospital with anger and anxiety.

Pater and Flowers-Anderson are both union stewards with the Illinois Nurses Association and, along with members of SEIU Local 73, on Tuesday picketed against unsafe working conditions.

They say 18 nurses have left in the past year, due to an unsustainable and dangerous situation.

According to the Schaumburg-based Emergency Nurses Association advocacy group, 54% of emergency department nurses reported being the victim of violence on the job within seven days of completing the organization’s survey.

Pater’s been unable to work since late August, when he says he was attacked by a drunk patient who’d agreed to a COVID test.

At first the pain didn’t bother him, but it got worse. Later, he learned he had labral tears in both hips and cam deformities in both femurs.

Pater’s had one surgery and may require another.  He said in a separate incident, a patient brought a gun to the ER; another got past a metal detector carrying knives.

“Incidents keep occurring and it’s just a matter of time before someone gets seriously hurt,” Pater said. “Not to say that I wasn’t seriously hurt, because I have to have two surgeries to get me back to where I was prior to this. But I don’t want to see one of my staff members die. I don’t want to see another patient die because we were lax, because the hospital didn’t want to spend the money or put in the effort to make sure that people are safe.”

He said the hospital can’t handle the volume of patients coming to the ER.

A Tribune investigation found that U of I’s hospital saw ambulance volume double since Mercy hospital stopped receiving fire department drop-offs early this year —  a spike broadly referenced in a statement from University of Illinois Hospital CEO Michael Zenn, who says the health needs of patients, including those who previously sought care at Mercy, are significant.

In an emailed statement, Zenn thanked UIHealth’s nurses for their dedication, and noted that patients are also increasingly seeking care for conditions that went unaddressed during pandemic clampdowns.

“These events continue to challenge our capacity and staffing particularly in the emergency department, but these challenges have not resulted in patient harm and we have taken new action on several fronts to support our ED staff in delivering high-quality care to our community,” Zenn said.

And when it comes to security, UI Health has:

“While we have a responsibility to our nurses – who are among the highest paid nurses in Illinois – we also have a responsibility to our entire staff, to our patients, and to the state of Illinois that requires we manage our budget responsibly,” Zenn said in a statement. “We invite our nursing colleagues to partner with us in finding fair solutions and look forward to continued direct discussions regarding their concerns and ideas.”

The nursing union leaders have some ideas.

Pater said the hospital should incentivize nurses from other units to work in the E.R. as it goes about hiring at least seven more E.R. nurses. 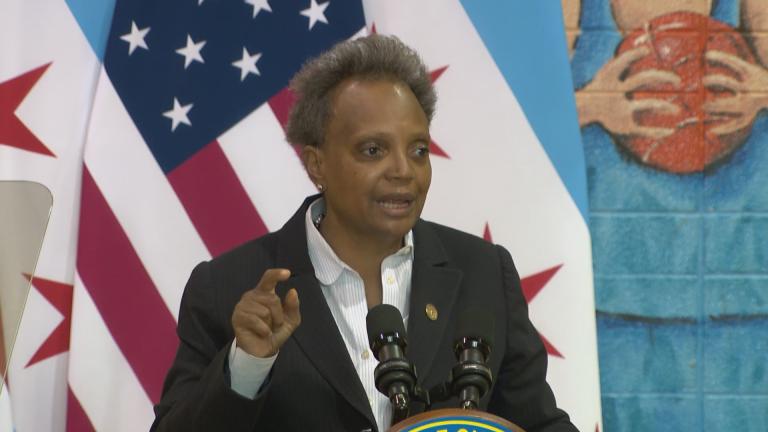