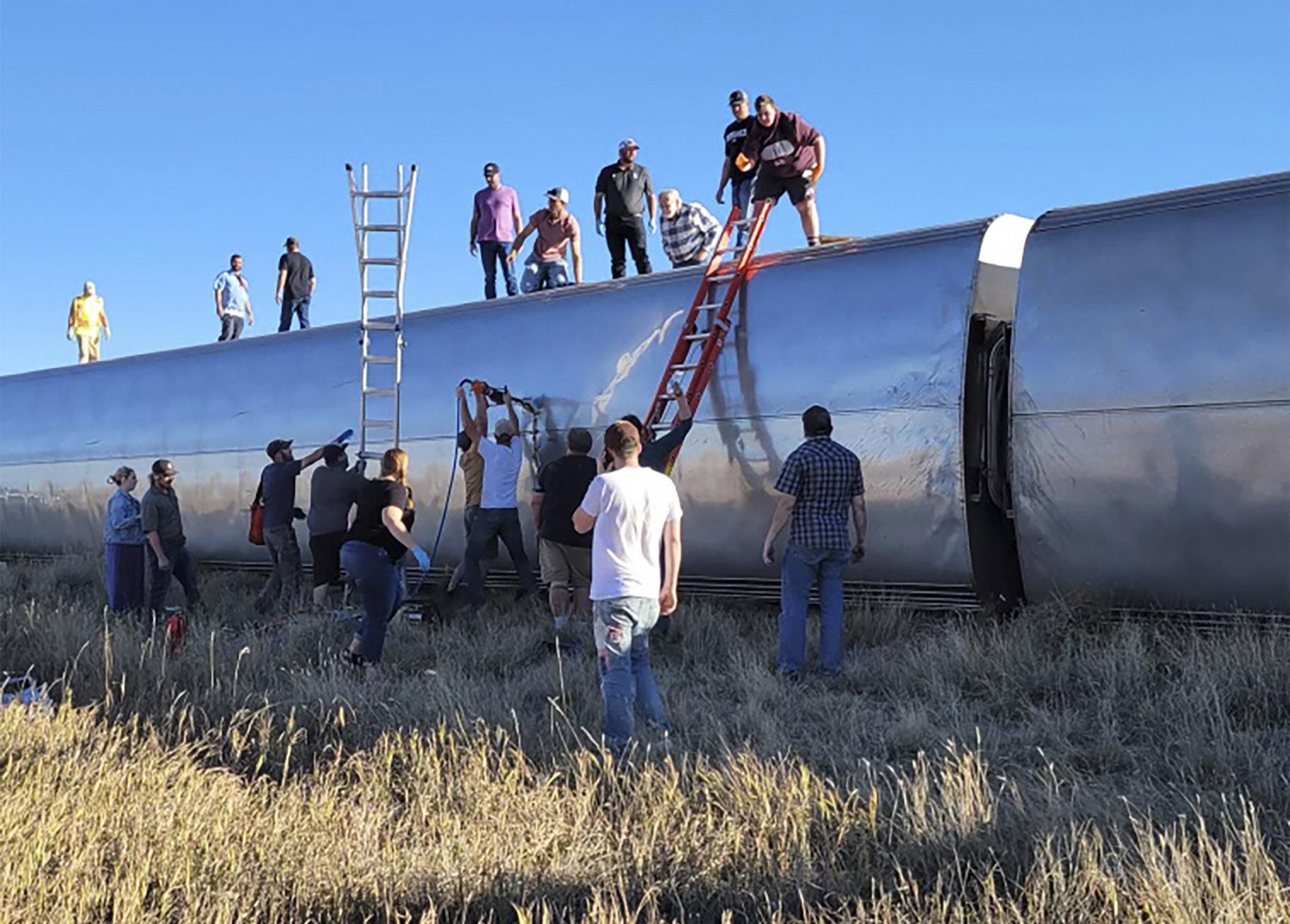 In this photo provided by Kimberly Fossen people work at the scene of an Amtrak train derailment on Saturday, Sept. 25, 2021, in north-central Montana. (Kimberly Fossen via AP)

HELENA, Mont. (AP) — A preliminary report on an Amtrak train derailment in Montana last month that killed three people and injured dozens more offered no clues about what triggered the accident, but said the train’s emergency brakes were activated and that Amtrak estimated the damage at more than $22 million.

However, one attorney whose client is suing Amtrak and BNSF Railway said he wanted to learn more about the crash-worthiness of the train’s observation car and an attorney for a crew member said she reported seeing a 30-foot dip along the railroad, where it appeared the track bed had given way.

The National Transportation Safety Board issued its preliminary report Tuesday on the Sept. 25 derailment of the westbound Empire Builder just west of Joplin, in north-central Montana.

It was mostly factual, saying there were 154 people on board and that 44 passengers and crew were taken to area hospitals with injuries. Passengers without serious injuries were bused to the nearby town of Chester, where residents provided food and other aid.

The train was traveling at between 75 and 78 mph, just below the speed limit of 79 mph on that section of track when its emergency brakes were activated. The two locomotives and two railcars remained on the rails and eight cars derailed.

NTSB spokesman Keith Holloway said Tuesday it was “still very early” in the investigation and the agency typically takes one to two years to determine accident causes.

“We are looking at everything,” he said.

Rail experts have said the crash could have been caused by problems with the railroad or track, such as a rail that buckled under high heat, or the track itself giving way when the train passed over.

But they said investigators would consider all possibilities, including potential problems with the Empire Builder’s wheels or suspension system. Investigators also were examining if passengers were ejected from the train during the crash.

The investigation includes an examination of onboard video from the Amtrak train and from a freight train that had gone through the derailment area a little over an hour earlier, the NTSB has said.

The derailed train also had a black box that records everything happening on the train, according to the NTSB.

As the investigation continues, it will focus on track and engineering, equipment, survival factors, and passenger railcar crashworthiness, the NTSB said Tuesday.

Survivors described horrific scenes of people being maimed and killed as four cars — including an observation car with large windows — toppled and skidded down the tracks.

Killed in the accident were Margie and Don Vardahoe, a Georgia couple on a cross-country trip to mark their 50th wedding anniversary, and Zachariah Schneider, 28, a software developer from Illinois.

At least two dozen passengers have filed lawsuits over the derailment, including Schneider’s wife, Rebecca Schneider. She said in the lawsuit that her husband had left her in the sleeping car and went to sit in the observation car, where he was “horrifically maimed” and killed.

The lawsuits against both Amtrak and BNSF allege negligence for not preventing the derailment and seek damages for injuries and psychological trauma to the people aboard the train.

Amtrak and BNSF have declined to comment on ongoing litigation.

Rebecca Schneider requested access to the Amtrak and BNSF onboard videos as part of her lawsuit, one of her attorneys said. That could reveal the cause of the crash before the NTSB issues its final report, attorney Robert Mongeluzzi said.

The lawsuit also will seek to determine the crash-worthiness of the observation car, which has large windows that wrap around to the ceiling and where all three fatalities occurred, he said.

“The more open it is, the more likely people are to get thrown from the train,” Mongeluzzi said.

Holloway, with the NTSB, said he could not confirm the three deaths occurred in the observation car.

An attorney for an Amtrak employee aboard the train said the female employee told federal investigators last week that following the derailment, she saw a “30-foot dip” along the railroad, where material underneath the track that’s known as the ballast had given way.

The employee allegedly talked to a BNSF Railway inspector after the crash, who verified a problem with the ballast and said there had been attempts to remediate it in the days leading up the crash, according to her attorney, Fred Bremseth.

Bremseth declined to give the name or position of the employee, citing her desire for privacy, but said she and other Amtrak employees he represents are preparing a possible lawsuit over the crash.

“If what she said was correct, then obviously there was a failure to properly maintain the track,” Bremseth said.

BNSF did not answer questions about the allegations and said any details about the investigation had to come from NTSB. Holloway declined comment on the claims.

Allan Zarembski, who directs the railroad safety program at the University of Delaware, said the NTSB usually won’t name a cause in a preliminary report unless it’s something obvious.

Zarembski said photos he reviewed from the crash scene didn’t show any obvious problem with the track.

The fact that two locomotives and two cars up front went through without derailing suggests there was a problem with one of the cars that derailed, or possibly a rail broke beneath one of those cars as it passed over, he said. 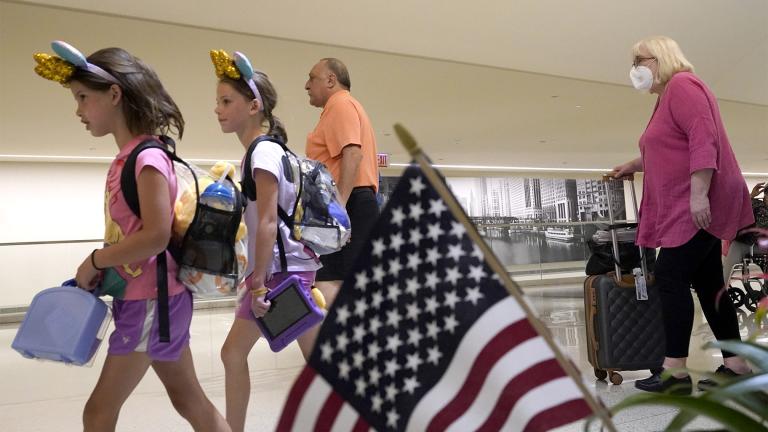 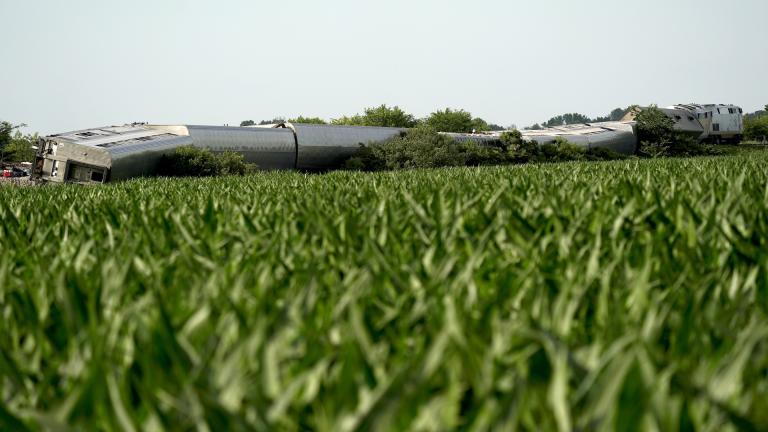