From the gilded ceiling to the neatly arranged shoe display, everything about El Dorado Thrift Store is designed to feel like a stylish boutique.

“We look fancy, but we’re not expensive!” is how co-owner Diane Villagomez puts it.

That’s because Villagomez and her sisters grew up in clothing their mother painstakingly shopped for in cramped, messy thrift stores since that was what they could afford.

So when Villagomez and her family opened El Dorado in Logan Square, they wanted to create an inviting, well-organized store that anyone would be proud to shop in.

“Historically El Dorado was a hidden city, and it was thought to be completely filled with gold, right?” she said. “And so that’s basically what we wanted to aim for when we opened the thrift shop. We wanted to make it a little hidden nook where people can find gems.” 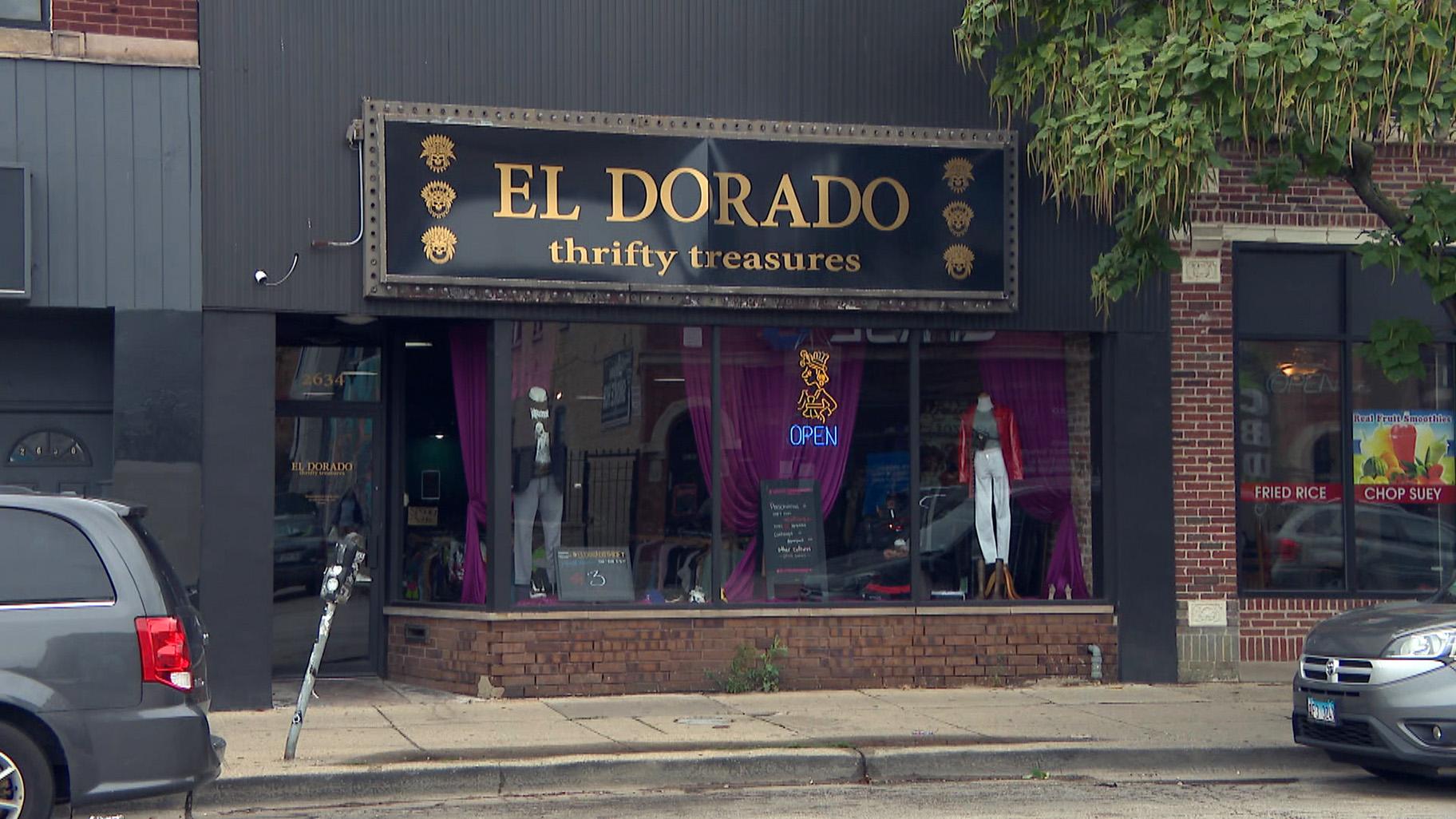 From the gilded ceiling to the neatly arranged shoe display, everything about El Dorado Thrift Store is designed to feel like a stylish boutique. (WTTW News)

“For our culture specifically, it’s always been about, you know, finding those good deals, being economically feasible for the family,” said Villagomez. “And it’s turned out into something just fun, I think.”

El Dorado shoppers Areli Estrada and Katherine Sain say they appreciate that look and feel as much as the price tags.

“I started living alone about a year ago, I can’t afford some of these brands straight off the rack,” Estrada said. “I don’t feel shame going to the thrift store… I do make my own money now, but I would rather spend wisely.

They also have an ecological motivation to shop used.

“I would say number one is just kind of a sustainability aspect, I like reusing,” Sain said of her reasons to shop resale. “I like to reuse whenever it’s possible, but also just kind of to spice things up.”

Just a few blocks north on Milwaukee Avenue, another resale shop reaches back through time to get Gen Z kids on board with buying used.

“It’s become the best way to save the planet and kind of cut back on the fast fashion because fast fashion is actually getting more and more expensive, and kids are more and more on a budget, especially now with the pandemic,” said Vintage Frills owner Jennifer Kelly. “So they are thrifting like crazy.”

Kelly curates the offerings in her store and presents them sorted by color and era, from the ‘60s to the 2000s. That’s right – clothes from the 2000s are officially considered vintage. 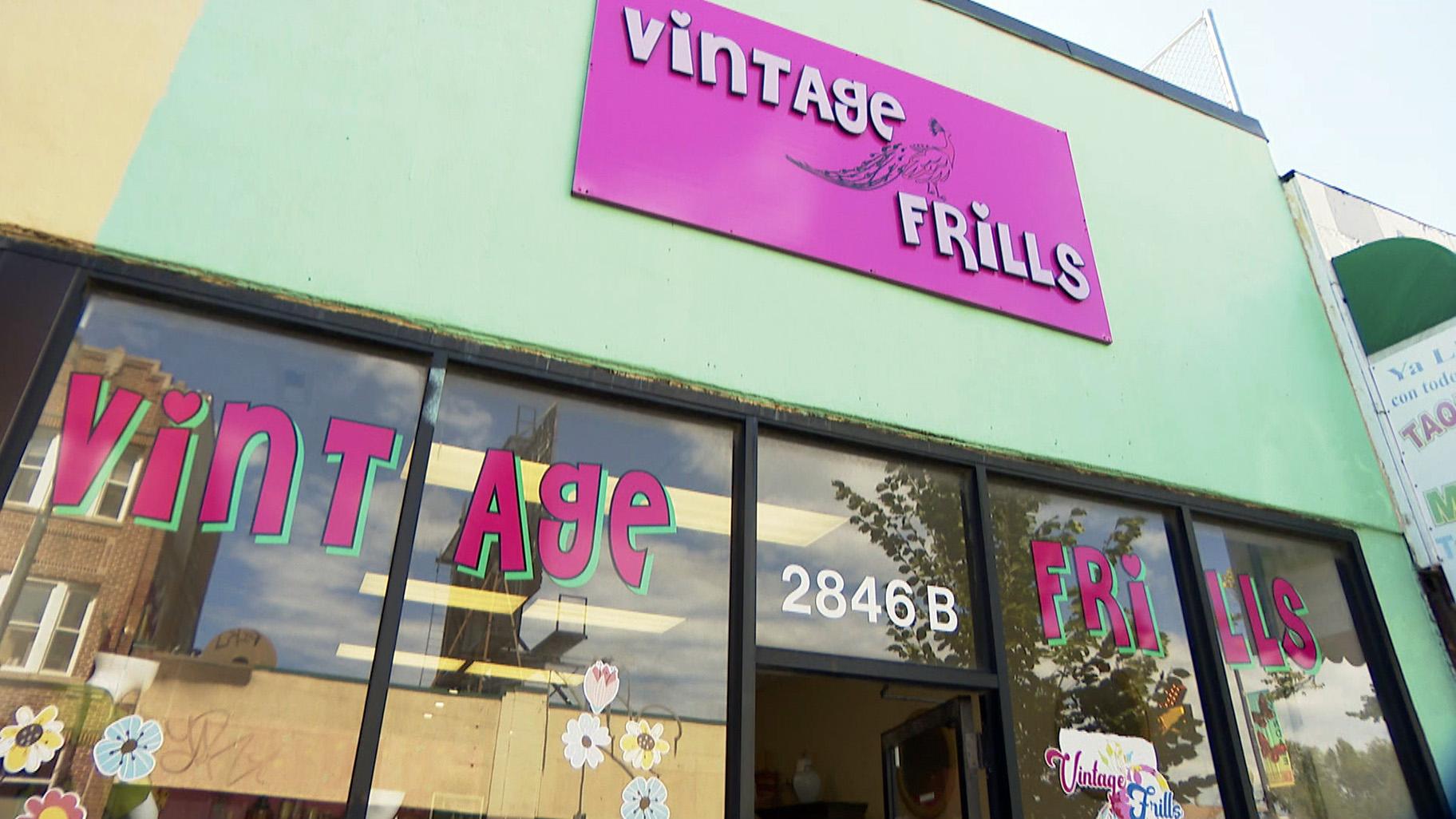 The offerings in Vintage Frills are sorted by color and era, from the ‘60s to the 2000s. (WTTW News)

“What brings them here a lot of times is the streetwear that I offer, the t-shirts, the baggy dad jeans or ‘mom jeans’ as they call them. And they love like urban streetwear in particular so I try to scout that out for them because they weren’t born! That’s just the honest truth.”

Kelly says that while fast fashion purveyors offer their own version of “mom jeans,” “I’ve got real mom jeans, they were worn by real moms, OK!”

“I’ve noticed when I vintage shop and I look at tags inside the clothing, a lot of the clothing was made in America, union made clothes, and they were just made very well,” says Vintage Frills shopper Melissa Acevedo.

And best of all – when that cozy grandma sweater that was made to last makes its way to you, now you’re part of its story.

“When you reuse things … you add on to the memories … of clothing that used to be part of someone else’s wardrobe at some point in time,” says Vintage Frills shopper Es Galicia. “So it’s pretty nice.” 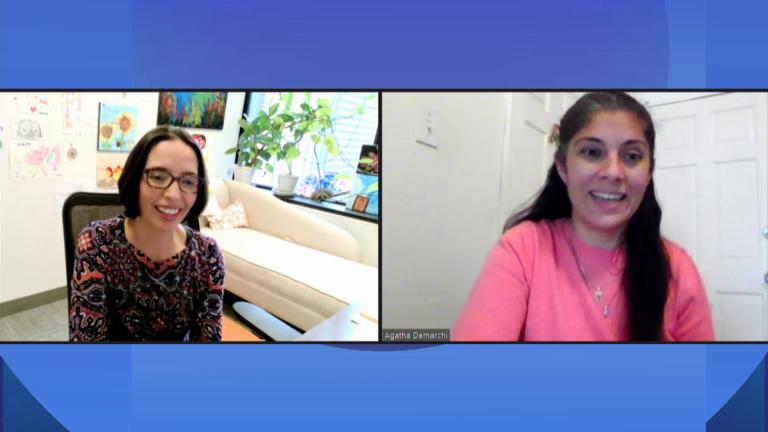 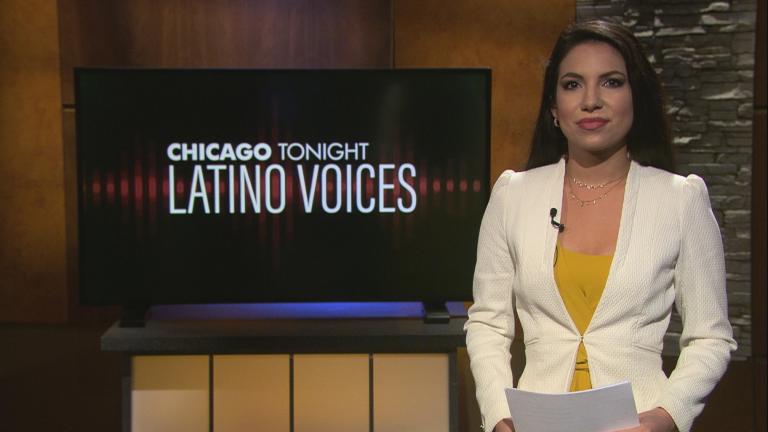