US Woman in Bali ‘Suitcase Murder’ to be Released Oct. 29 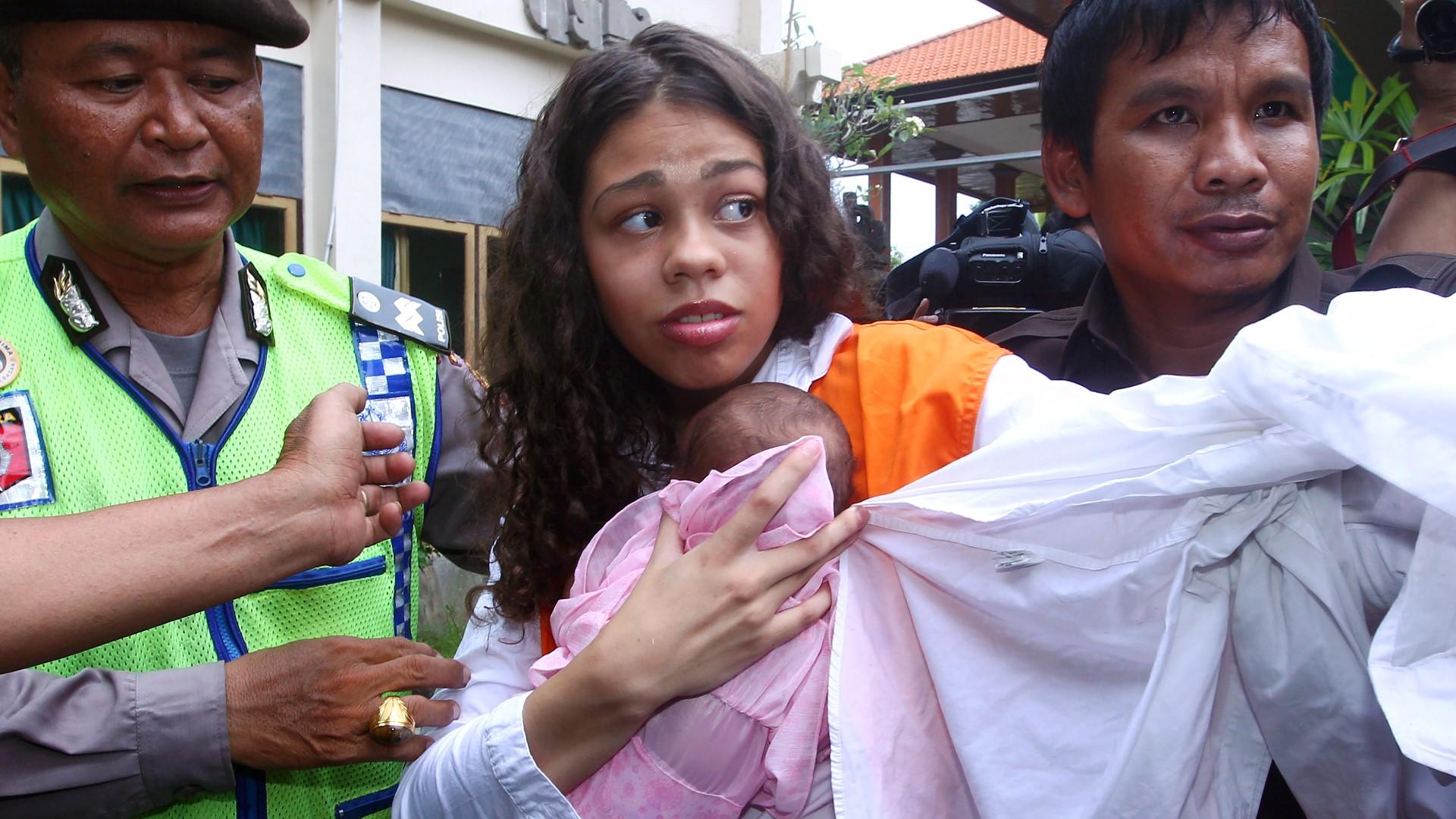 In this Tuesday, April 21, 2015 file photo, Heather Mack of Chicago, center, is escorted by police officers as he arrives in the courtroom for her sentencing hearing at a district court in Denpasar, Bali, Indonesia. (AP Photo / Firdia Lisnawati, File)

JAKARTA, Indonesia (AP) — A Chicago woman convicted of assisting her boyfriend in her mother’s murder and stuffing the body in a suitcase on Indonesia’s resort island of Bali in 2014 is being released early from a 10-year sentence, a prison official confirmed Wednesday.

Heather Mack, who was 18 when she was arrested a day after the discovery of Sheila von Wiese-Mack’s body in the trunk of a taxi parked near the St. Regis Bali Resort, will be freed and deported to the United States on Oct. 29, said Lili, the Kerobokan Female Prison chief.

Lili, who goes by a single name, told The Associated Press that Mack received a total of 34 months of sentence reductions, which are often granted to prisoners on major holidays, including a six-month remission of sentence awarded to her by the Indonesian government during the country’s Independence Day in August.

“She has shown to be a good person, she was entitled to the sentence reduction,” Lili said. “She looked happy when she learned this ... and began to pack up excitedly.”

Mack and her then-boyfriend, Tommy Schaefer, were detained in August 2014 and convicted in April 2015. Schafer received an 18-year sentence.

Before Mack was convicted, she gave birth to her and Schaefer’s daughter, Stella Schaefer. There were also reports of a troubled relationship between Mack and her mother, with officials confirming that police had been called to the family’s Oak Park, Illinois, home dozens of times.

In 2016, Robert Bibbs, a cousin of Schaefer, pleaded guilty to helping to plan the killing in exchange for $50,000 that Mack was expected to inherit, and was sentenced the next year to nine years in prison.

Upon her release, Mack can under Indonesian law be reunited with her daughter, who is now 6.

But her Indonesian attorney, Yulius Benyamin Seran, has said earlier that Mack, who has not seen the little girl for about 20 months because authorities halted prison visits during the coronavirus pandemic, had asked Indonesian authorities to let the girl remain with her foster family to avoid media attention.

Under Indonesian law, a deported foreigner will be rejected entry to Indonesia up to a maximum six months.