Tennis fans have the opportunity to catch some top professionals this week at the Chicago Tennis Festival, which kicked off Monday.

We meet the tournament’s promoter to learn more about his mission to give kids an opportunity to thrive.

Kamau Murray, founder of the XS Tennis and Education Foundation: A lot of pros on tour now talk about how they were ball kids for Roger Federer and that made them believe that they can do it and it doesn’t look that hard. So I think that sort of “see it to be it.”

Joanna Hernandez: On the court, Kamau Murray is known as a tennis dad to kids who are part of the XS Tennis and Education Foundation program.

Murray: Tennis dad to many. My phone blows up all times of the night. It’s a rewarding experience to have been able to touch so many people in a very deep and long-lasting way. 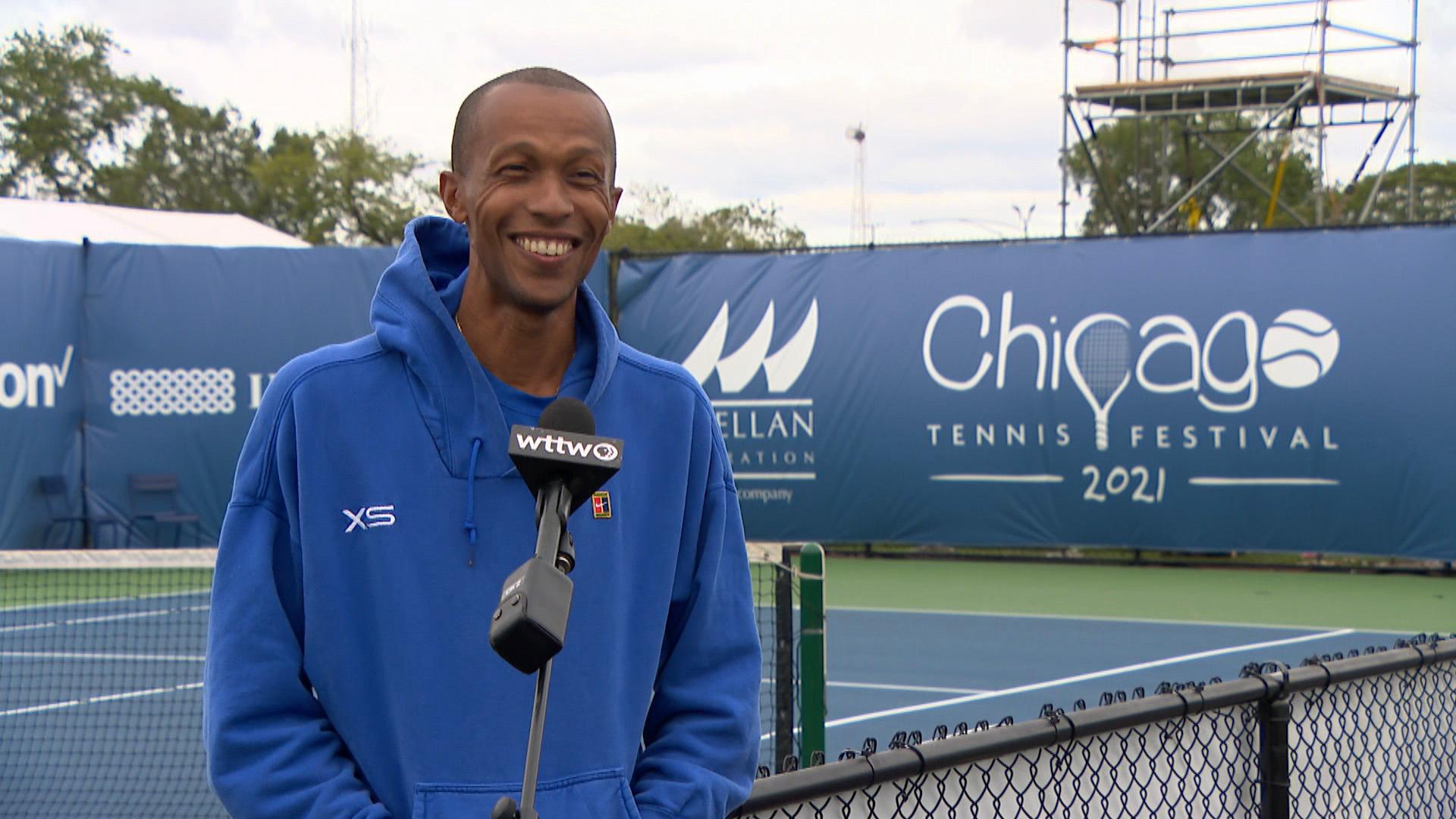 Hernandez: Murray coached Sloane Stephens to the 2017 US Open championship.

Adesuwa Osabuohien, 26, has been under Murray’s wing since she was 12 years old.

Osabuohien: My mom found him. I had — I don’t know if you know this reference — but I had a chicken wing forehand and Kamau fixed it for me and he got me to top 10 in the country and I got a full scholarship and I finished getting my degree from Northern Illinois in health sciences.

Hernandez: Osabuohien is now a coach at XS Tennis, a massive indoor and outdoor facility in the Washington Park community on the South Side.

Osabuohien: I wouldn’t be where I am right now if no one else gave back to me. This is home for me. I feel like I need to be a part of it, and I love it – I still love it.

Hernandez: Murray has taken his years of professional coaching experience and used it to open XS Tennis, a program aimed at giving city kids access to the sport. 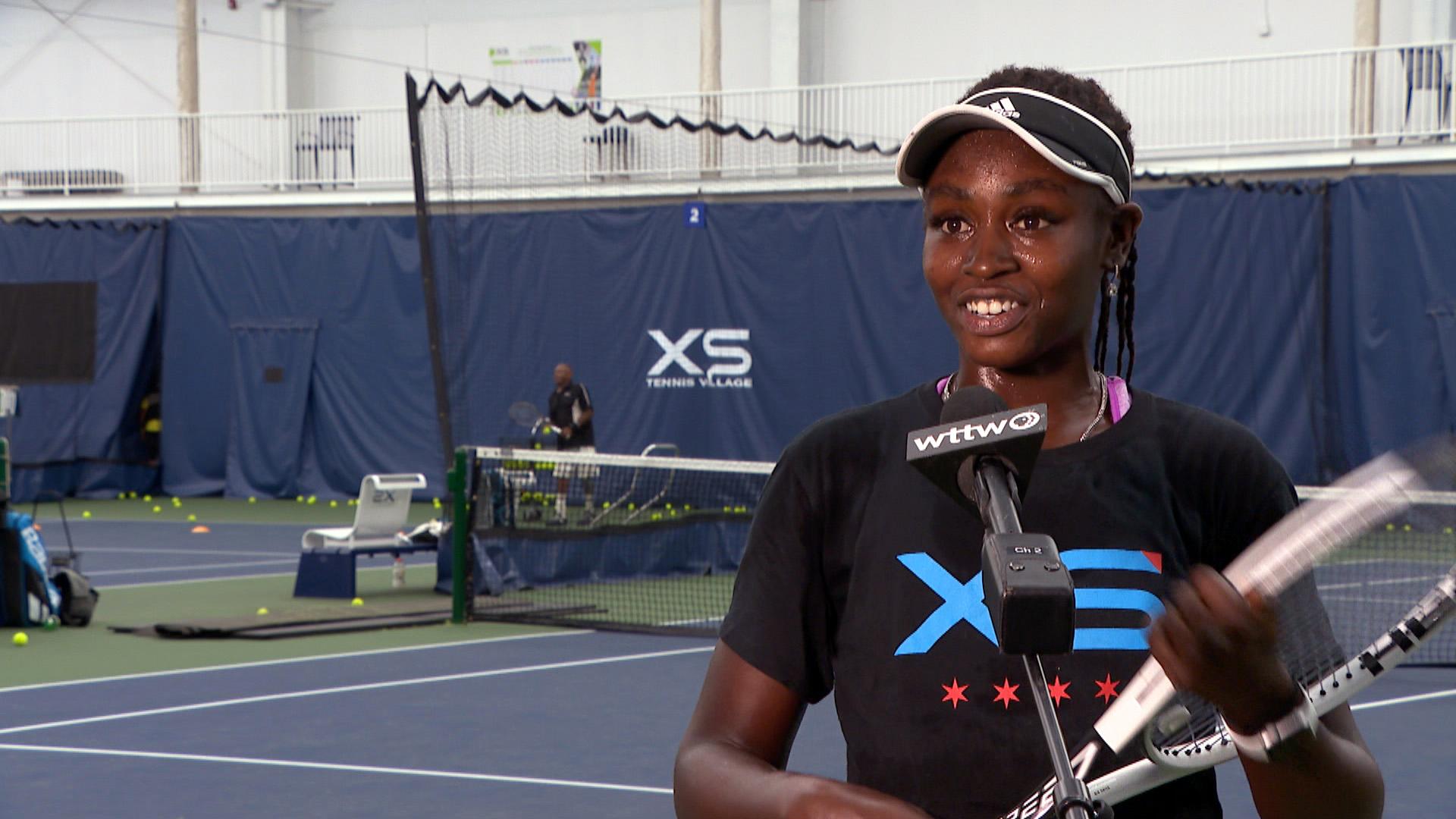 Hernandez: Providing kids with once-in-a-lifetime opportunities to meet champions like Venus Williams for a clinic.

Murray says he wants the center to be a safe haven for the community, a place where students can grow and thrive not only on the court but academically.

Murray: To have an entire university or athletic department watching you, watching your GPA, free tutoring, I think that is an experience that will set more Black and brown kids up to not only access college but also complete college.

Hernandez: Murray continues to break barriers, becoming the first African American to promote a pro tennis tournament in Chicago. Giving youngsters a chance to participate as ball kids and watch pro players up close and personal.

Murray: I think this is a good opportunity for them to see that, oh it looks harder on TV then it actually is, if I commit to the process and stay disciplined and keep going. 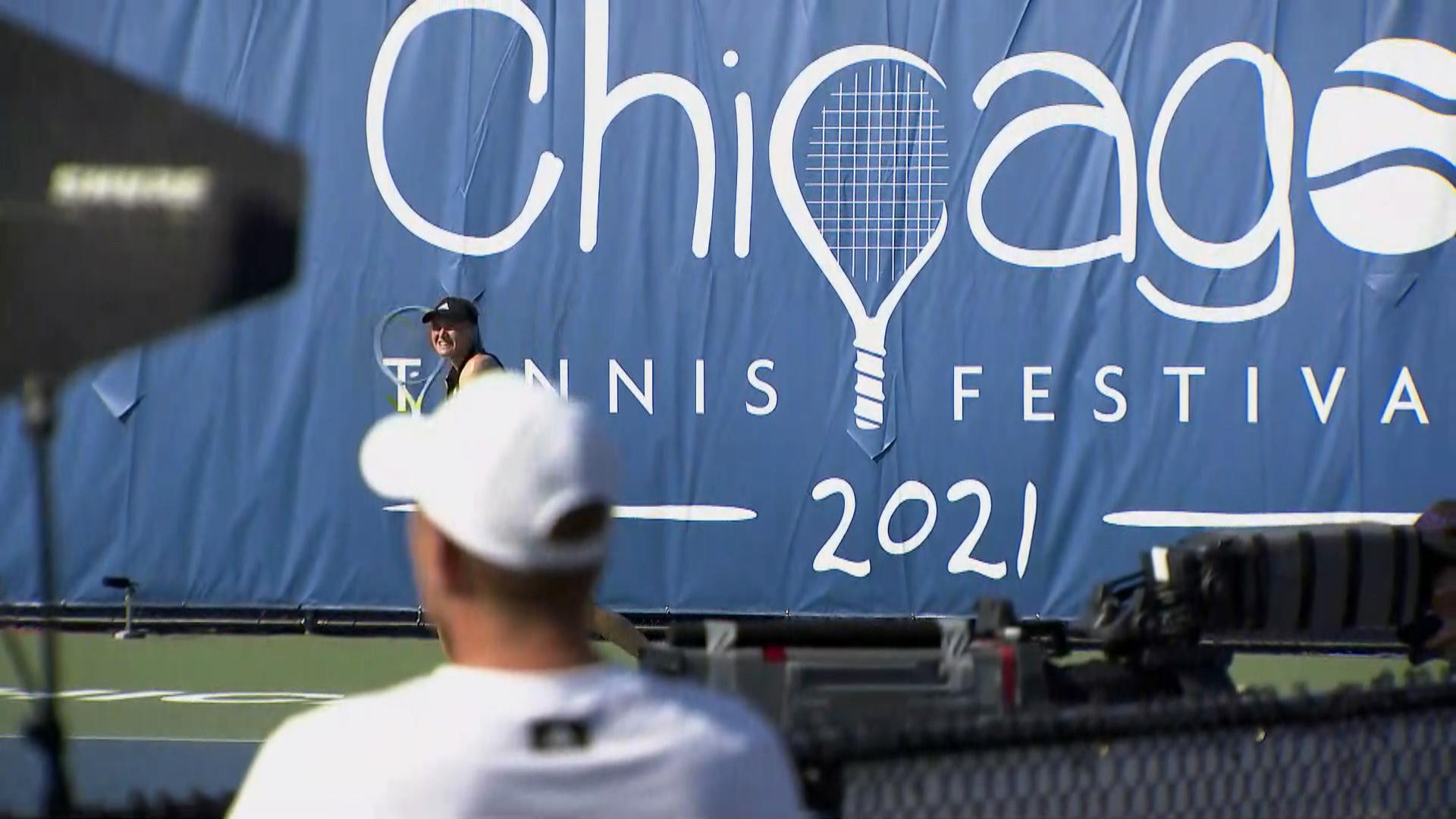 Osabuohien: Though tennis is an expensive sport, we have scholarship programs for the kids that can’t afford it. Our doors are open to everyone.

Hernandez: A door that Osabuohien took advantage off and says has put her on the path to success, hoping to encourage generations of kids to dream big.

Osabuohien: For them to see that professional tennis is something that is exceeding to the mind of kids. Maybe I can do this … maybe.