It was just before opening night that “American Mariachi” had to close its doors. Now, nearly 18 months later, the cast has returned to the stage for this Goodman Theatre co-production with the Dallas Theater Center.

We go behind the scenes of this new production set in 1970s Chicago.

“Music is so powerful,” says Tiffany Solano, actor with the Dallas Theater Center. “There’s a line in the show that says ‘music is memory.’”

After playing a familiar tune for her mother with dementia and sparking her memory, Lucha played by Tiffany Solano, decides to do the unthinkable and start an all-female mariachi band. The ensemble features current and former musicians from Chicago group Sones de Mexico Ensemble, who say this fictional female group fully captures the music genre. 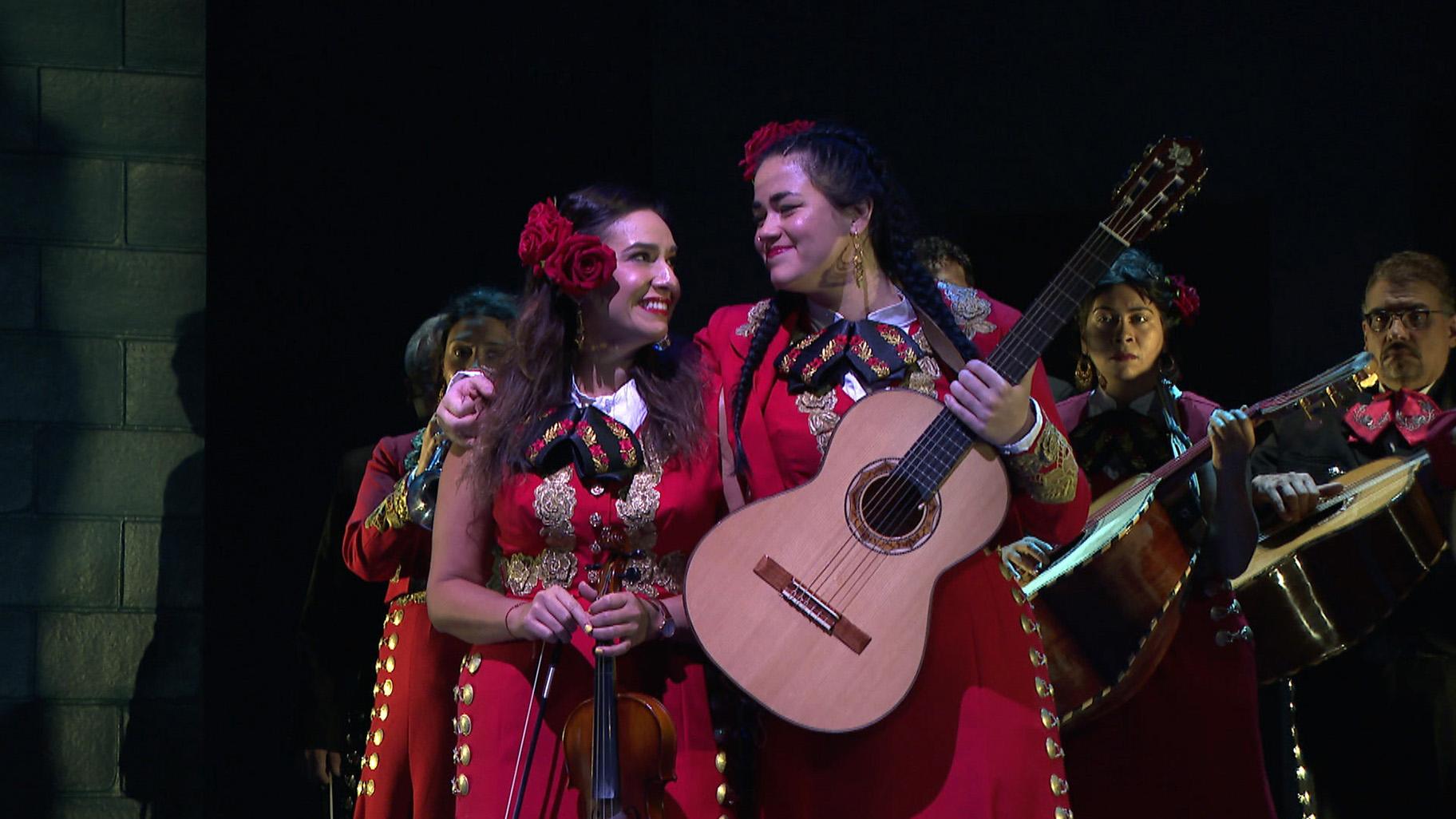 We go behind the scenes of “American Mariachi,” a co-production between the Dallas Theater Center and the Goodman Theatre, set in 1970s Chicago. (WTTW News)

“Mariachi is like an orchestra,” says Goodman Theatre Music Director and Sones de Mexico Ensemble co-founder, Víctor Pichardo. “We have a brass, trumpets, strings, and the harps. It’s a small orchestra that can represent any kind of music.”

The story also explores gender roles, as the characters go up against the patriarchs of their family. It’s something actress Lucy Godínez has experienced while working with her dad, who is also director of the play.

“With my dad directing this show… machismo definitely comes up,” Godínez says.  “I’ll be like, ‘Machismo right there!’ We talk about it all the time, there it is right there. And he's like, “no it's not’. And I’m like ‘You’re a Latino male. Your entire existence contributes to machismo.’ It’s an ongoing thing where things in the show inform the dialogues that we have with our own families about the exact same things because they’re very real.”

“In particular our community, (we want them) to think about mental illness as something not to be ashamed of or to have to hide,” says director Henry Godínez. “This play makes you wonder what we call mental illness may just be another reality for someone else.”

Another theme is representation.

“You can’t be what you can’t see,” Lucy Godínez says. “There are so many different, amazing Spanish speaking communities in the city of Chicago. Those folks should be able to have world class theatre about them and their stories in languages they speak in their own home. That they’re deserving of that kind of theatre and art in their city.”

“It’s a universally human story,” Solano agrees. “I’m excited for audiences of all ethnicities to come see it because they’re going to understand this story, the importance of family and music and tradition and see what it looks like in my household or another Latinx household.”