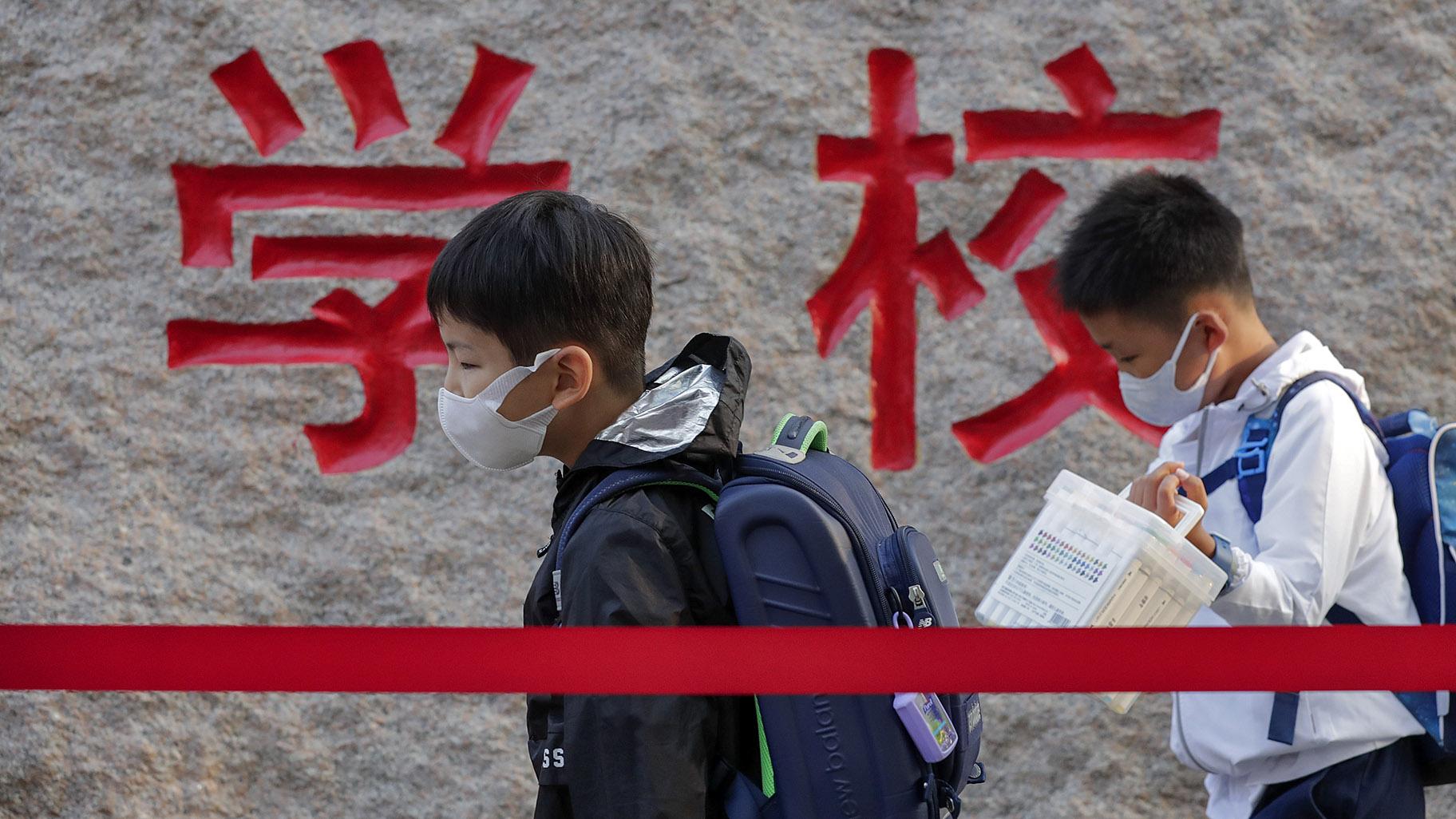 In this Sept. 7, 2020 file photo, students wearing face masks to help curb the spread of the coronavirus walk in line as they arrive at a primary school in Beijing. (AP Photo / Andy Wong, File)

Research suggests vision problems increased among Chinese schoolchildren during pandemic restrictions and online learning, and eye specialists think the same may have happened in U.S. kids.

A report  published Thursday in JAMA Ophthalmology is the latest to show the trend and the results echo those of two earlier Chinese studies.

Researchers from Sun Yat-Sen University in Guangzhou compared data from eye exams given a year apart to about 2,000 children, starting in second grade. Half the children were tested twice before the pandemic, in late 2018 and a year later. The others were tested in late 2019 and again late last year, several months after schools shut down and Chinese authorities imposed quarantines and lockdowns.

The study lacked information on how much time kids in both groups spent online or doing other work that might strain the eyes, a limitation the researchers acknowledged.

But a journal editorial said the results and those from earlier studies “should prompt parents, schools and governmental agencies to recognize the potential value of providing children with outdoor activity time and monitoring how much time is spent on near work.’’

Nearsightedness, formally called myopia, affects about 30% of the world’s population and evidence shows it has been steadily increasing over the past 20 years. It is an eye-focusing problem that makes distant objects look blurry and can often be fixed with eyeglasses. The condition can be inherited but habits can affect who develops it. Evidence suggests those who spend lots of time working at computers, reading or doing other close visual work are at risk.

Noreen Shaikh, a myopia specialist at Lurie Children’s Hospital in Chicago, called the Chinese research solid and said Lurie researchers are investigating any changes in nearsightedness among U.S. children during the pandemic.

“Anecdotally, there definitely seems to be an increase — particularly in younger children,” Shaikh said.

Her colleague, Lurie optometrist Magdalena Stec, noted that there are ways to help reduce eye strain, including lots of outdoor time and practicing the “20/20/20’’ vision rule — after 20 minutes of focusing close-up, looking away for 20 seconds at something 20 feet away.