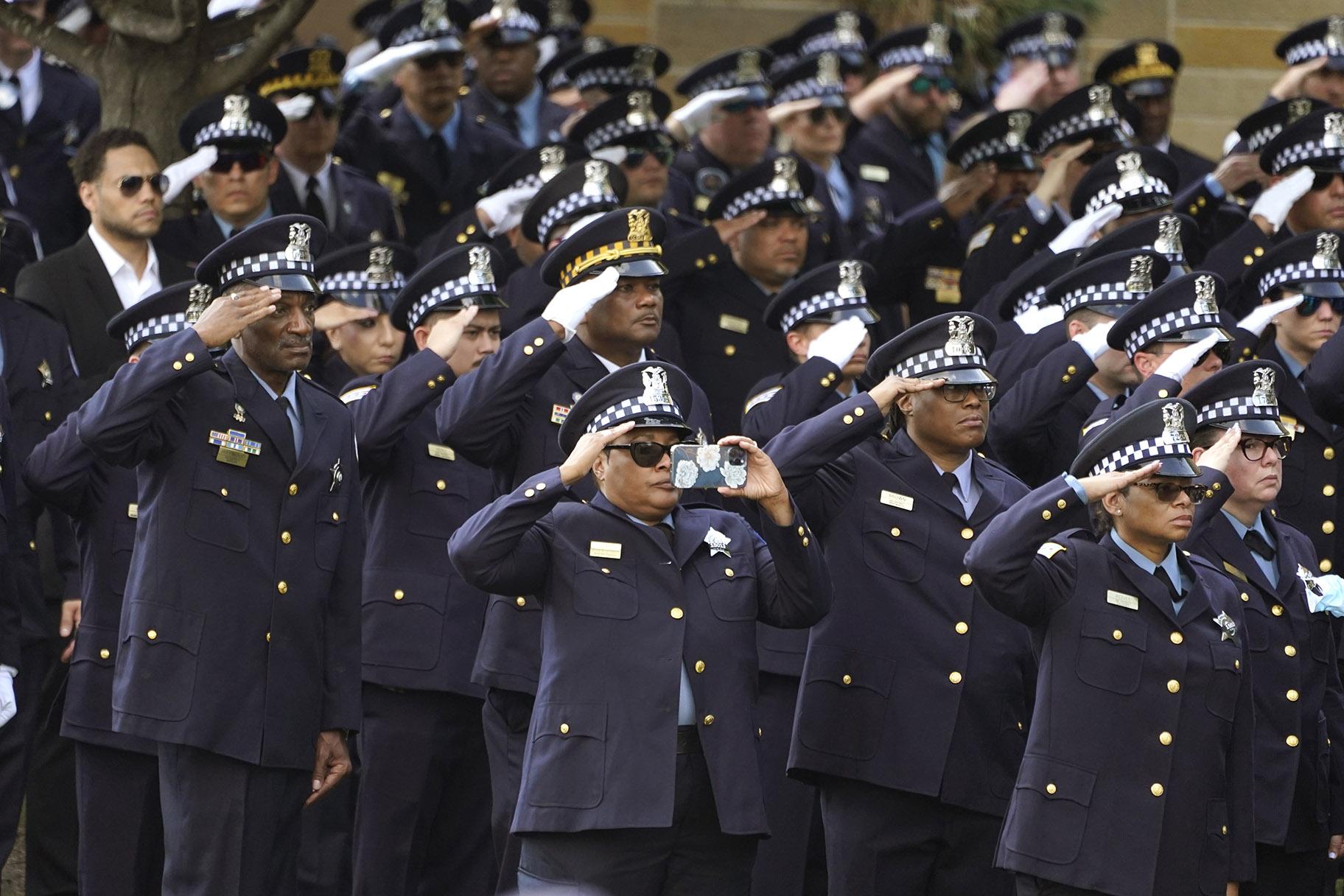 CHICAGO (AP) — A Chicago police officer who was fatally shot during a routine traffic stop was remembered Thursday for a brief career marked by compassion; for her fellow officers, a one-year-old gunshot victim she sped to a hospital, and the stray dogs she ferried to an animal shelter in her squad car.

On the city’s South Side, hundreds of police officers in their dress uniforms and other mourners sat in a packed church while an overflow crowd of hundreds more watched the funeral Mass of Officer Ella French on monitors outside the building.

“I have two children … they are my heart,” Elizabeth French said to the congregation, recounting the day she first saw the 8-month-old girl, Ella, whom she would adopt. “Today I am here with half of my heart.”

The leader of Chicago’s Roman Catholic Archdiocese, Cardinal Blase Cupich, spoke during the 90-minute service of French’s three years on the police force, and the acts of kindness that punctuated her career. He told of how she saved the baby who was shot — demonstrating the kind of officer she had started to become — and spoke of how she took cinnamon rolls to the station for her fellow officers.

“She took the time to know others, to connect with them,” he said.

Carlos Yanez Sr., a retired Chicago police officer, said he was speaking on behalf of his son, Carlos Yanez, Jr., French’s partner, who remains hospitalized after the shooting that cost him an eye and left two bullets in his brain.

“He made sure that I was here for him. I speak for him,” said Yanez Sr.

He said his son asked that one of his shirts be buried with French. “He said, ‘Dad, where Ella goes … I would like a a little bit of me to be with her.” 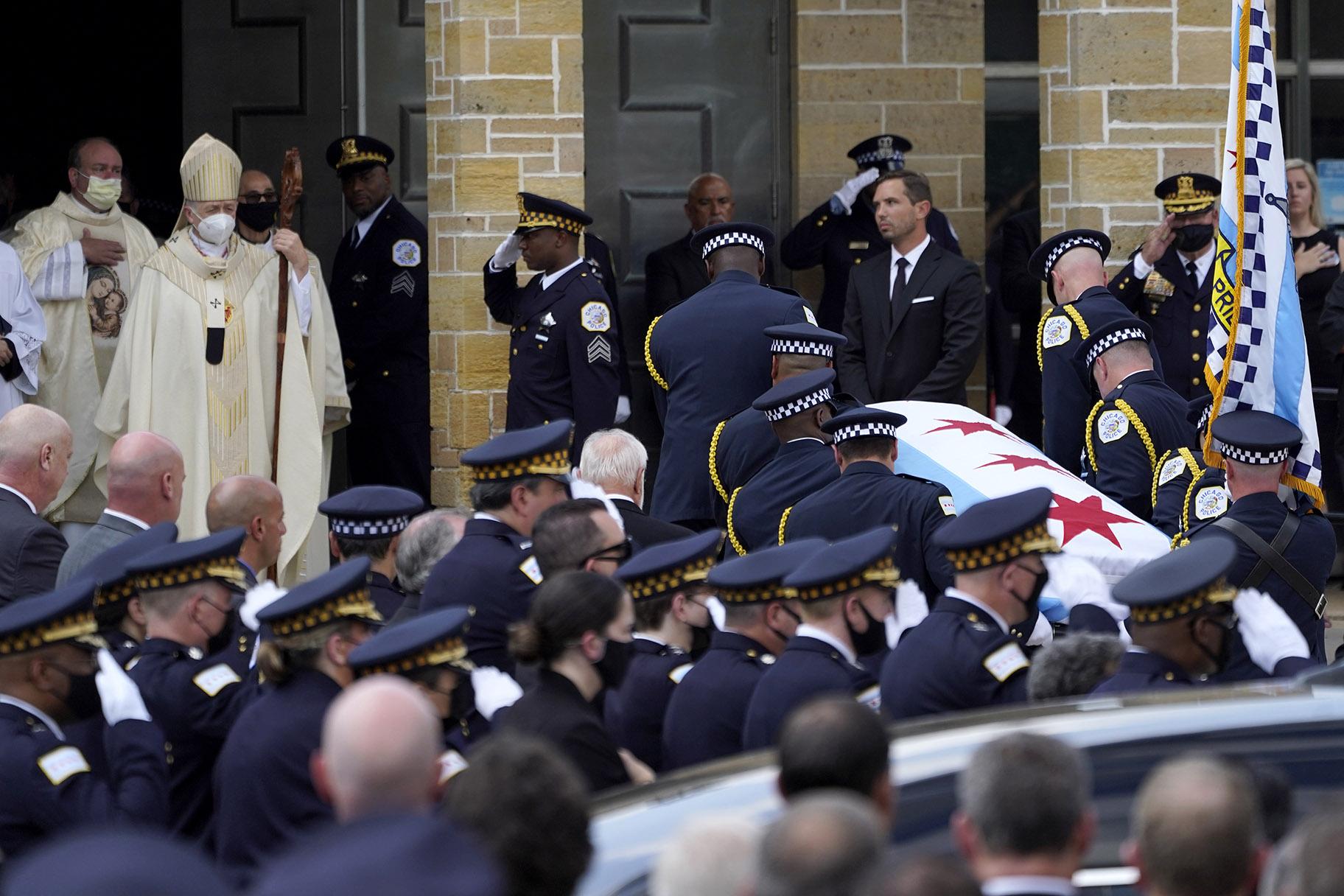 Whenever an officer is killed in the line of duty, the funeral is typically attended by representatives from departments across the state and beyond. All in dress uniforms, they stood to attention as French’s casket was taken into and out of the church.

Shadowing the funeral were the facts of the night the 29-year-old French was killed, when  she and Yanez Jr. pulled over a vehicle for expired plates and a passenger in that vehicle and opened fire on them.

Cupich spoke briefly about the illegal guns that continue to flood the city. Prosecutors contend a man who bought the gun used to shoot French passed it illegally to the suspect in her death. 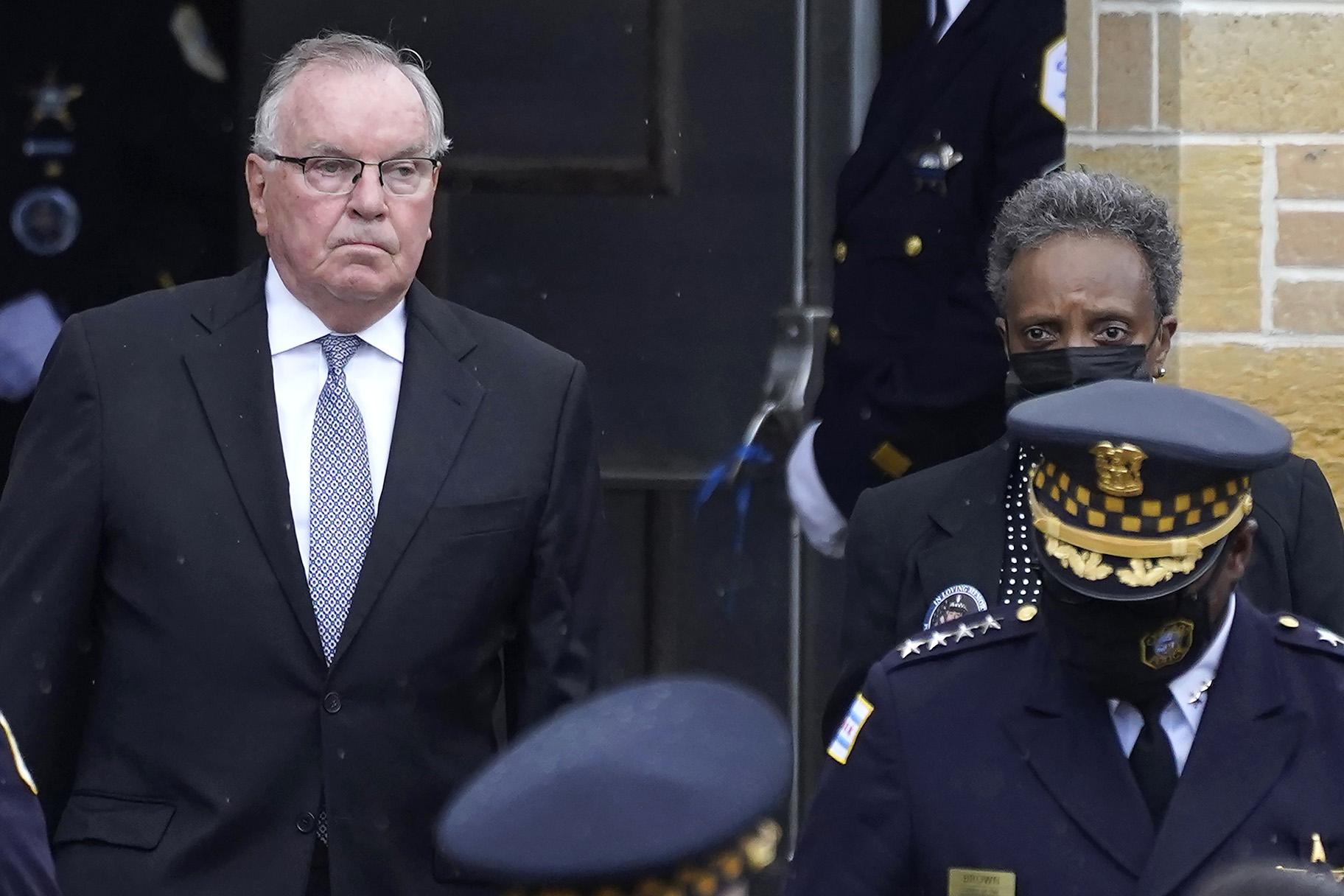 Though she is the first officer to be fatally shot in Chicago this year, she was just one of nearly 40 officers who have been fired upon — 11 of whom have been struck by bullets.

Among the most seriously injured is Yanez. On Thursday, the Chicago Sun-Times quoted reported  that his sister, Nicole Christina, a doctor who is coordinating his medical team, said her brother had lost an eye. And, while he has some “sensation,” there has been “no movement on left side of his body or right leg,” she said.

The shooting suspect, 21-year-old Monty Morgan, was shot in the abdomen by a third officer. He has been arrested and is charged with first-degree murder of a peace officer and attempted murder.

His brother, 22-year-old Eric Morgan, who prosecutors say was driving the vehicle, was also arrested. He faces gun charges and an obstruction of justice charge. Both were being held in Cook County Jail without bail.

A third man accused of acting as a straw purchaser to buy the gun used in the shooting faces federal gun charges.