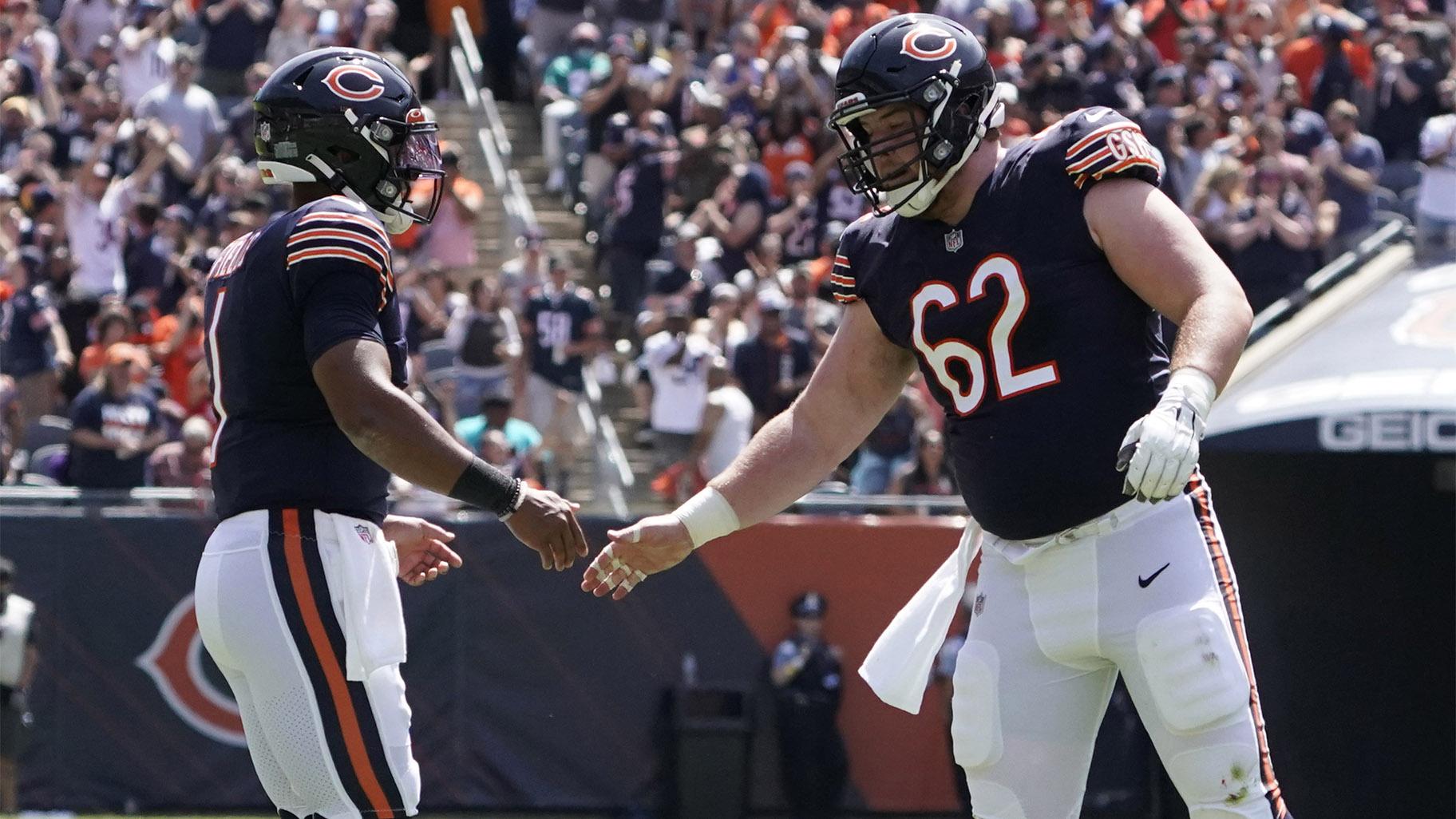 Chicago Bears quarterback Justin Fields, left, is congratulated by Adam Redmond (62) after throwing a touchdown pass against the Miami Dolphins during the second half of an NFL preseason football game in Chicago, Saturday, Aug. 14, 2021. (AP Photo /David Banks)

CHICAGO (AP) — Once rookie quarterback Justin Fields settled in, the Chicago Bears saw the playmaking ability they dreamed about on draft day.

Fields rallied Chicago back Saturday from a 13-0 deficit in his preseason debut by throwing for a touchdown and running for one in a 20-13 victory over the Miami Dolphins.

In just over two quarters of playing time, Fields was 14 of 20 for 142 yards. Fields’ passing also helped the Bears get on the scoreboard for the first time with a 53-yard Cairo Santos field goal on the final play of the first half. Until that possession, the Bears hadn’t picked up a first down as Miami dominated play early.

With Soldier Field fans chanting “Let’s Go Fields,” the former Ohio State passer replaced starter Andy Dalton with 12:11 left until halftime, but he needed a few drives to get warmed up. Fields' TD pass came after he had scrambled 21 yards for a first-down conversion.

The Bears put away the win with Brian Johnson's 44-yard field goal after a 51-yard run by Artavis Pierce in the fourth quarter after Fields left the game.

The passing of Jacoby Brissette and Tua Tagovailoa staked the Dolphins to their early lead.

Brissette threw a 23-yard TD pass to Salvon Ahmed and Jason Sanders had field goals of 21 and 35 yards in the first half.

Tagovailoa, who started for Miami, found tight end Mike Gesicke for a 50-yard completion to set up the 21-yard field goal. Tagovailoa went 8 of 11 for 99 yards. Brissette was 6 of 10 for 67 yards.

The Bears' defense has made a huge point of forcing more turnovers under new coordinator Sean Desai after two straight years struggling to come up with takeaways. They succeeded against Miami with an interception and a fumble recovery.

Tagovailoa’s pass to former Bears tight end Adam Shaheen was plucked by backup Bears safety DeAndre Houston-Carson just inside the end zone in the second quarter. In the fourth quarter, safety Marqui Christian stripped Kai Locksley of the ball after a completion, and Dionte Ruffin recovered for Chicago.

Bears WR Allen Robinson missed the game due to hamstring tightness. The Dolphins were without WR Will Fuller, who has been out with a foot injury.

The Dolphins host Atlanta on Aug. 21. They will host the Falcons in joint practices on Wednesday and Thursday leading up to the game. 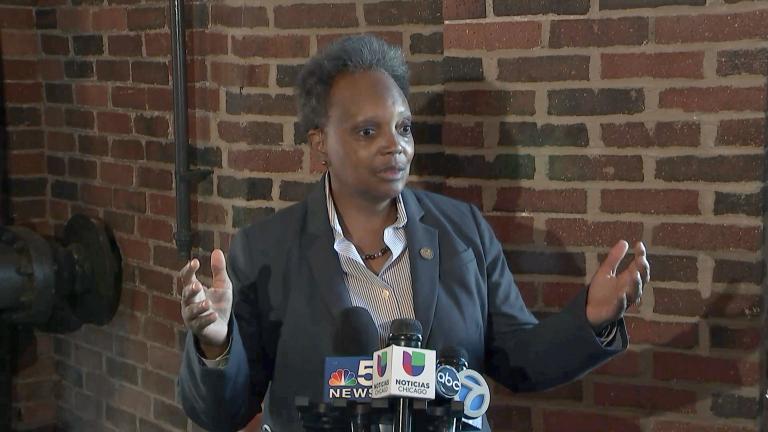