Juan Jose Gama Garcia has been a street vendor in Chicago for 23 years. He sells everything from tamales to corn, fruit and Mexican candy.

He’s one of hundreds of vendors in Chicago who have had to adapt to changing city regulations over the years. Those regulations require vendors to have a license and ban them from preparing food at home.

“I believe that street vendors like myself have become more educated throughout the years,” Gama Garcia said. “We are trying to remain clean and organized.”

To be in accordance with city rules, Gama Garcia and several other vendors began renting a kitchen on 16th Street and South Lawndale. Six years later, they’re able to officially call the kitchen their own.

“We believed in the project, and it was difficult but we did it. I’m proud of us and me,” said Gama Garcia, who belongs to the Street Vendors Association, which worked to bring the Shared Kitchen of Cooperative Workers to life. 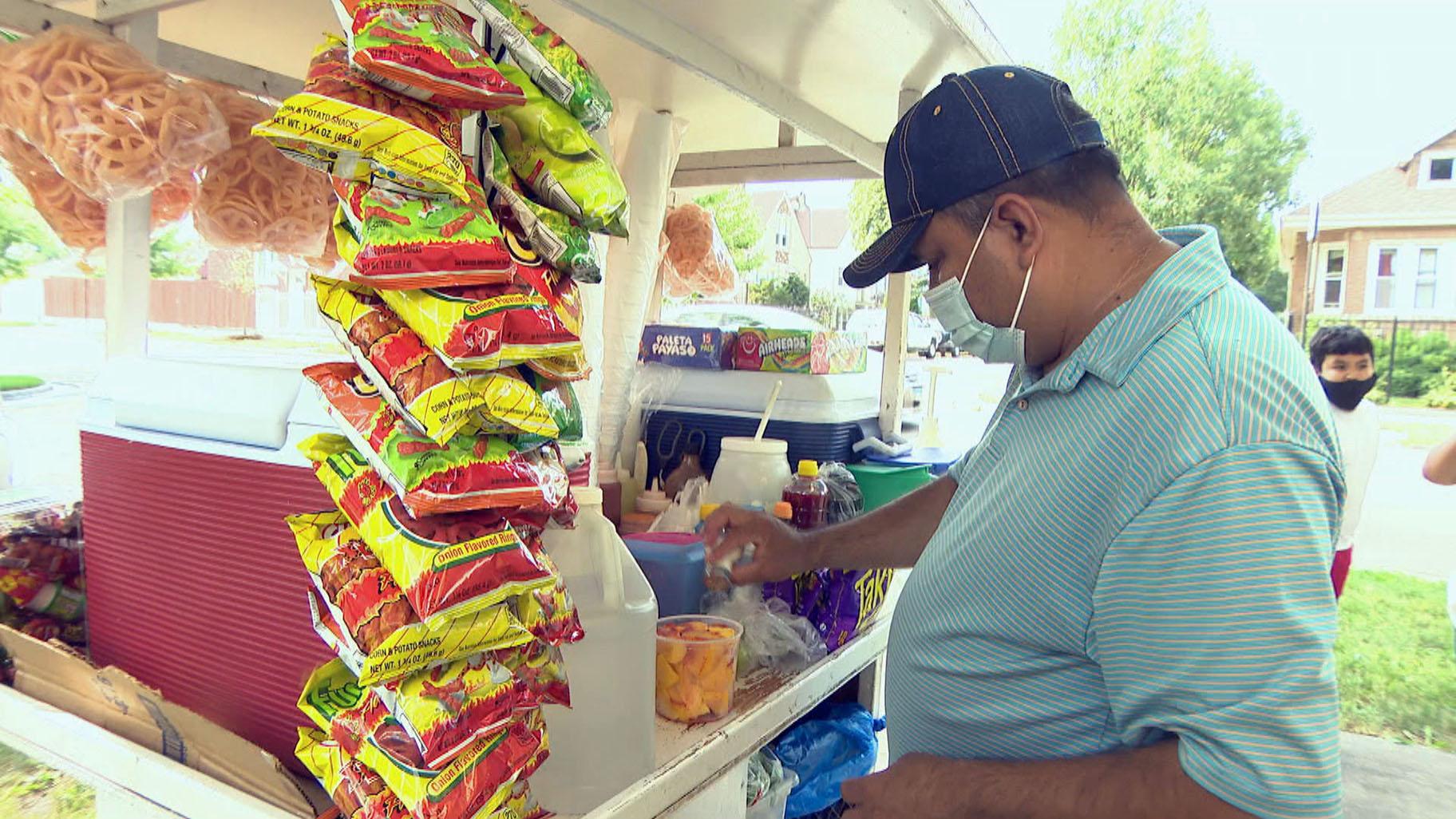 “It feels great because we’re like small investors starting from the bottom and I’m looking forward to see how we grow,” said vendor Julian Sanchez.

For tamale vendor Luis Melendez, the kitchen means a chance to build his future.

“My vision is that I now have my opportunity for when I get older,” said Melendez, who is the president of the Shared Kitchen.

The vision for the kitchen continues to grow. The association says it hopes to purchase a lot to expand its commercial kitchen and get the community more involved.

“We got the neighborhood opportunity fund to be able to fix and renovate the space,” said Rosana Rivera, an economic developer with the association. “We would like to expand because we have other programming we would like to offer the community and bring the people of North Lawndale as entrepreneurs, and also be able to offer educational training with nutrition.”

With ownership of the kitchen comes other opportunities to offer fellow vendors assistance with licensing, law enforcement, investments and retirement.

With years of hard work and sacrifice, they say the new business venture will open doors for vendors to chase the American dream.

“If our experiences or our kitchen inspires others to have something like this, then it’s a blessing,” Melendez said.