Summer Camps Hit With COVID Outbreaks — Are Schools Next? 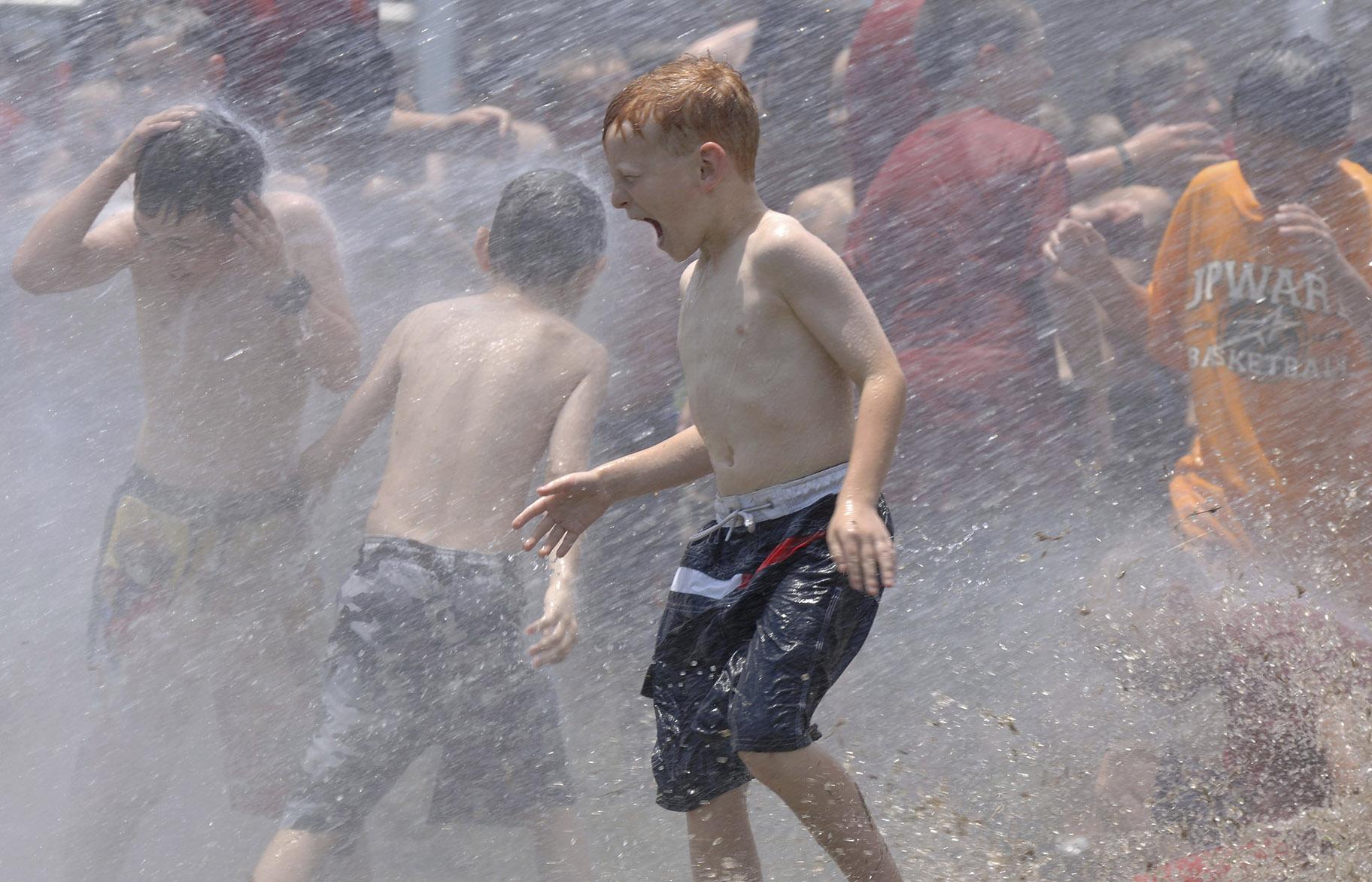 In this June 9, 2006, file photo, kids from a day camp get soaked by the the fire department at Tyler Junior College in Tyler, Texas. (Brad Smith / Tyler Morning Telegraph via AP, File)

The U.S. has seen a string of COVID-19 outbreaks tied to summer camps in recent weeks in places such as Texas, Illinois, Florida, Missouri and Kansas, in what some fear could be a preview of the upcoming school year.

In some cases the outbreaks have spread from the camp to the broader community.

The clusters have come as the number of confirmed cases of the coronavirus in the U.S. has reversed course, surging more than 60% over the past two weeks from an average of about 12,000 a day to about 19,500, according to data from Johns Hopkins University.

The rise in many places has been blamed on too many unvaccinated people and the highly contagious delta variant.

Gwen Ford, a 43-year-old science teacher from Adrian, Missouri, was cautiously optimistic when she eyed the dropping case numbers in the spring and signed up her 12-year-old daughter for the West Central Christian Service Camp in Missouri.

But one day after her daughter got home from a week of playing in the camp pool, worshipping with friends and bunking in a dormitory, Ford got an email about an outbreak and then learned that her daughter’s camp buddy was infected.

“And we were like, ‘Oh, my gosh. This was someone you were around quite a bit,’” she recalled, adding that her daughter ultimately tested negative. Ford said she definitely plans to get her daughter vaccinated. “It was very nerve-wracking. It kind of seems like we finally felt comfortable and it happened.”

A note posted on the camp’s Facebook page showed that the camp nurse and several faculty and volunteers were among those infected. Staff members at the camp did not return a call for comment.

JoAnn Martin, administrator of the public health agency in surrounding Pettis County, lamented the difficulty in getting people to take the virus seriously and get vaccinated.

Dr. William Schaffner, a Vanderbilt University infectious disease specialist, said he isn’t surprised by the outbreaks as camps reopen this year after being closed last summer. He said he had his doubts that some camps “thought through all the implications of camping during COVID.”

Ideally, he said, camps would require vaccinations for adults and for campers who are old enough, and would take other measures such as serving meals in shifts, putting fewer youngsters in the cabins and requiring anyone unvaccinated to wear masks indoors.

In the Houston area, health officials said more than 130 youth and adults tested positive for the virus in cases connected to a church camp attended by several hundred young people.

The pastor of Clear Creek Community Church in League City, Texas, said the outbreak happened in two waves, first at the camp and then when people returned home in late June and spread the virus to their families.

“In some cases, entire families are sick,” pastor Bruce Wesley said on the church’s Facebook page.

In Illinois, health officials said 85 teens and adults at a Christian youth camp in mid-June tested positive, including an unvaccinated young adult who was hospitalized, and some people from the camp attended a nearby conference, leading to 11 additional cases.

The Illinois Department of Public Health said all the campers were eligible for the vaccine, but only “a handful” of campers and staff had received it. The camp didn’t check vaccination status or require people to wear masks indoors, according to the department.

The health department in Leon County, Florida, which includes Tallahassee, tweeted this month that an increase in cases there also was tied in part to summer camp outbreaks.

And in Kansas, about 50 people have been infected in an outbreak linked to a church summer camp held last month not far from Wichita.

Elsewhere the situation is better. The roughly 225 overnight camps and thousands of day camps run by local YMCAs are mostly open this summer, though with slightly reduced capacity, said Paul McEntire, chief operating officer for YMCA of the USA.

McEntire said he is aware of a few cases of Y camps where people tested positive for the virus, but no instances of significant spread. He said many camps are taking precautions such as serving meals in shifts or outside and trying to keep youngsters in separate groups. Most are requiring masks indoors, but he acknowledged it can be a challenge.

“To be frank, there are some parents that didn’t want to send their kids unless they were assured that masking was being used indoors,” he said. “There were others that took the exact opposite viewpoint.”

Ahead of the school year, the Centers for Disease Control and Prevention updated its guidance last week to say vaccinated teachers and students don’t need to wear masks inside and 3-foot distancing of desks is not necessary for the fully vaccinated.

Summer camp outbreaks “certainly could be a precursor’’ to what happens when youngsters return to classrooms in the fall, said Dr. Michelle Prickett, a pulmonary and critical care specialist at Northwestern Memorial Hospital in Chicago. The outcome will depend on vaccination rates and which virus variants are prevalent, she said.

“We just need to be vigilant,’’ Prickett said.

Schaffner said he thinks schools won’t face similar outbreaks because they tend to be more structured and disciplined than camps and most got used to making adjustments over the past year and a half. But he said the best way to reduce the risk is to get most people vaccinated.

“There are many parts of the country that simply have not grasped this,’’ he said.

The COVID-19 vaccine in the U.S. is authorized for people as young as 12. It could be several months before regulators make a decision on authorizing shots for children younger than that. Studies on youngsters under 12 are still going on.

Ford, the teacher whose daughter narrowly escaped getting COVID-19 at a Missouri summer camp, is worried.

“With the uptick in cases, I am concerned that we won’t be able to go back to normal, and we will have to ask people to mask and stuff,” she said, “and I have a feeling that there is going to be a huge argument.”