COVID-19 Long-Haulers Turning to Ivermectin for Relief, But Questions Over Drug’s Effectiveness Linger 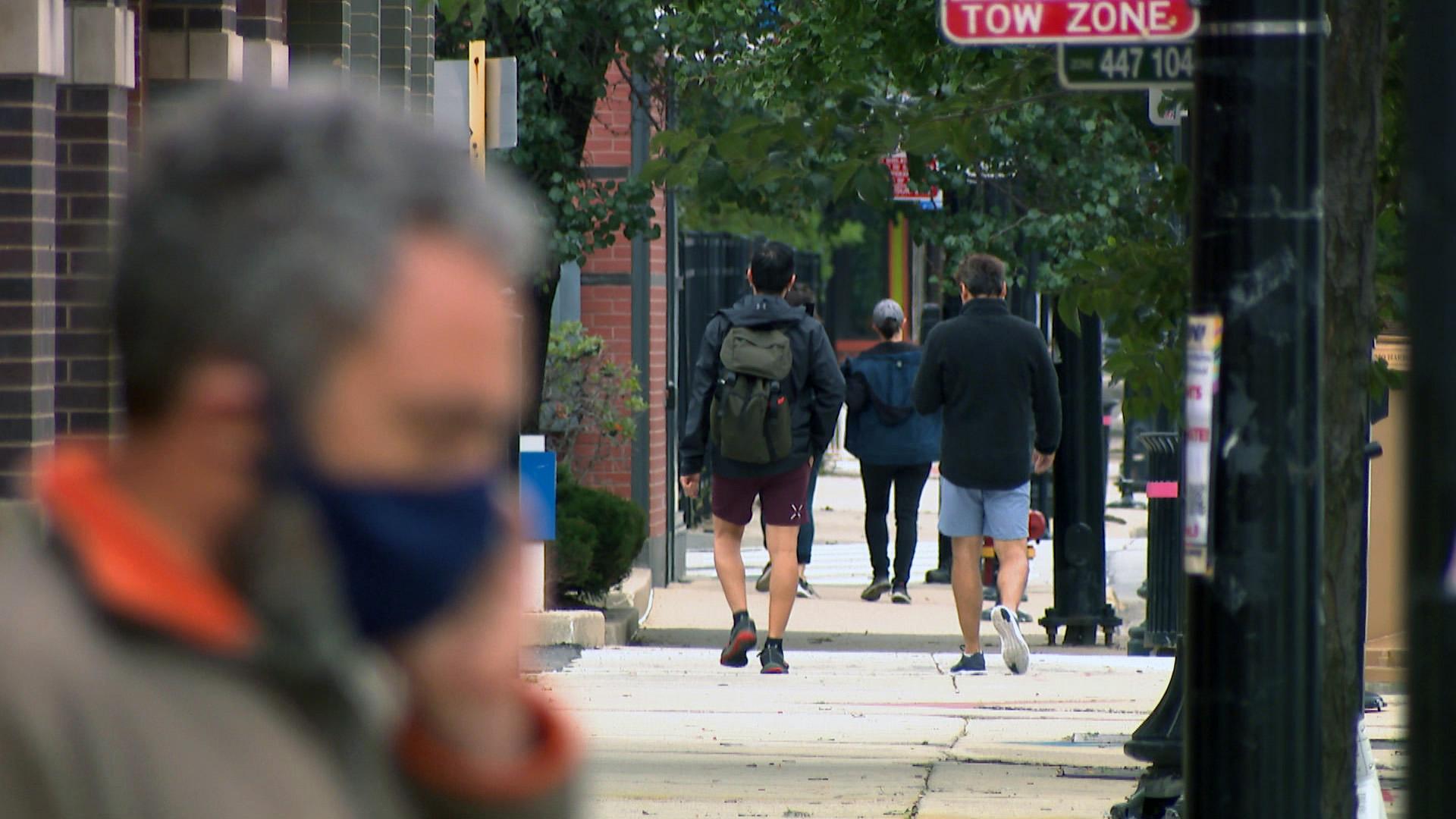 Before the pandemic, the 35-year-old ran up to 5 miles daily, had a busy social life and traveled regularly for work.

While his coronavirus infection was mild, his symptoms lingered beyond the expected two to three weeks. “I was still experiencing shortness of breath symptoms, chest pain,” he said, adding that even long conversations took a toll. “Sometimes I have to catch my breath a lot. … It’s a disconcerting feeling because you expect you’re going to get better like everybody else.”

Patrick McBriarty can relate. The 56-year-old author who lives in North Center used to be an avid cyclist, biking around 2,000-3,000 miles per year. But that changed when he contracted COVID-19 in March 2020. His case was also mild, but he has experienced symptoms for more than a year.

McBriarty and Cerron are among those known as long-haulers, people whose COVID-19 symptoms linger well beyond their initial infections. In their quests to get better, they have each tried numerous remedies, including an antiparasitic medicine used to treat tropical diseases and scabies called ivermectin.

READ: At What Point Does a COVID-19 Infection Become a Disability?

Some doctors say it’s time for the drug to get a green light.

“Ivermectin is one of the safest drugs known in history,” said Dr. Pierre Kory, a pulmonary and critical care specialist based in Wisconsin, who notes that the scientists who discovered the compound that led to the drug’s development received the Nobel Prize.

Testifying before the U.S. Senate in December, Kory advocated for the use of ivermectin for COVID-19 on behalf of the Front Line COVID-19 Critical Care Alliance, an international group of physicians and scientists that believes ivermectin is a “miracle drug” for COVID-19 and should be used immediately.

But the drug is not a “one-size-fits-all medication” and should not be viewed as a treatment for COVID-19, says Dr. Sajal Tanna, an infectious disease specialist at Northwestern Medicine.

“Like all medications, ivermectin has side effects,” Tanna said. “Ivermectin can interact with other medications. It can cause gastrointestinal symptoms like nausea, vomiting and diarrhea, low blood pressure and allergic reaction.”

In the U.S., the drug is available only by prescription and doses are based on a person's weight, according to Tanna, who says it should be administered under the supervision of a doctor who is familiar with their patient’s full medical history.

Other health agencies are undecided when it comes to using the drug for COVID-19.

The National Institutes of Health says there is insufficient data on ivermectin to make any recommendations on its use for the coronavirus. The World Health Organization says ivermectin should only be used within clinical trials.

“There’s a lot of controversy as agencies say they need more data because that’s what they always do,” said Kory, who’s the president and chief medical officer of the alliance. “There’s been lots of successes, lots of doctors are using it and saying it’s really effective.”

The alliance has developed protocols for using the drug to prevent and treat COVID-19, including guidelines specific to long-haulers.

“The brain fog and fatigue were mostly gone,” he said. “I was now able to work a whole day or two-thirds of a day and then do a walk and get in 10,000 steps a day four to five days a week. I can live a normal life without being forced into bed for a day or more at a time each week.”

McBriarty still experiences tightness in his chest and throat and says he isn’t able to exercise like he used to before his COVID-19 infection, but he hopes his latest round of ivermectin will help.

Cerron says he felt some improvement after taking ivermectin for about a week but decided to start a different treatment plan under a doctor’s supervision.

“My biggest idea of recovery – my main goal – will be to get back to running outside daily, exercise daily and some sort of social activity that I had before,” he said.

Dr. Tanna is not convinced.

“I would not just jump to ivermectin,” she said. “We at Northwestern really focus on high-quality data, and in accordance with the World Health Organization and the FDA, we do not think ivermectin is an effective therapy for COVID-19.”

Instead, she says long-haulers should seek treatment at one of the clinics dedicated to long COVID-19 — such clinics at Northwestern, Rush University Medical Center, UChicago Medicine and Shirley Ryan are not using ivermectin, according to spokespeople. Tanna also says patients with lingering symptoms should consider getting vaccinated against COVID-19, which has reportedly decreased symptoms for some long-haulers, she said.

And while Kory advocates for the use of ivermectin to prevent and treat COVID-19, he doesn’t see it as a replacement for vaccines.

“(Ivermectin) is complementary to and a safety net for vaccines. It shouldn’t be viewed as a competitor,” he said. “I know many people will not get a vaccine for months or years. Some people can’t get a vaccine for certain reasons.”

Cerron is fully vaccinated against COVID-19. McBriarty is unsure whether he’ll get it, but he plans to continue using ivermectin, under Kory’s supervision, until all his symptoms are gone. Even then, he intends to keep the medication on hand.

“We’re going to have some form of COVID for another 100 years from now, and the vaccines that we’re developing now may work but we don’t know for how long. We need to have as big a tool kit as possible to deal with it,” he said.