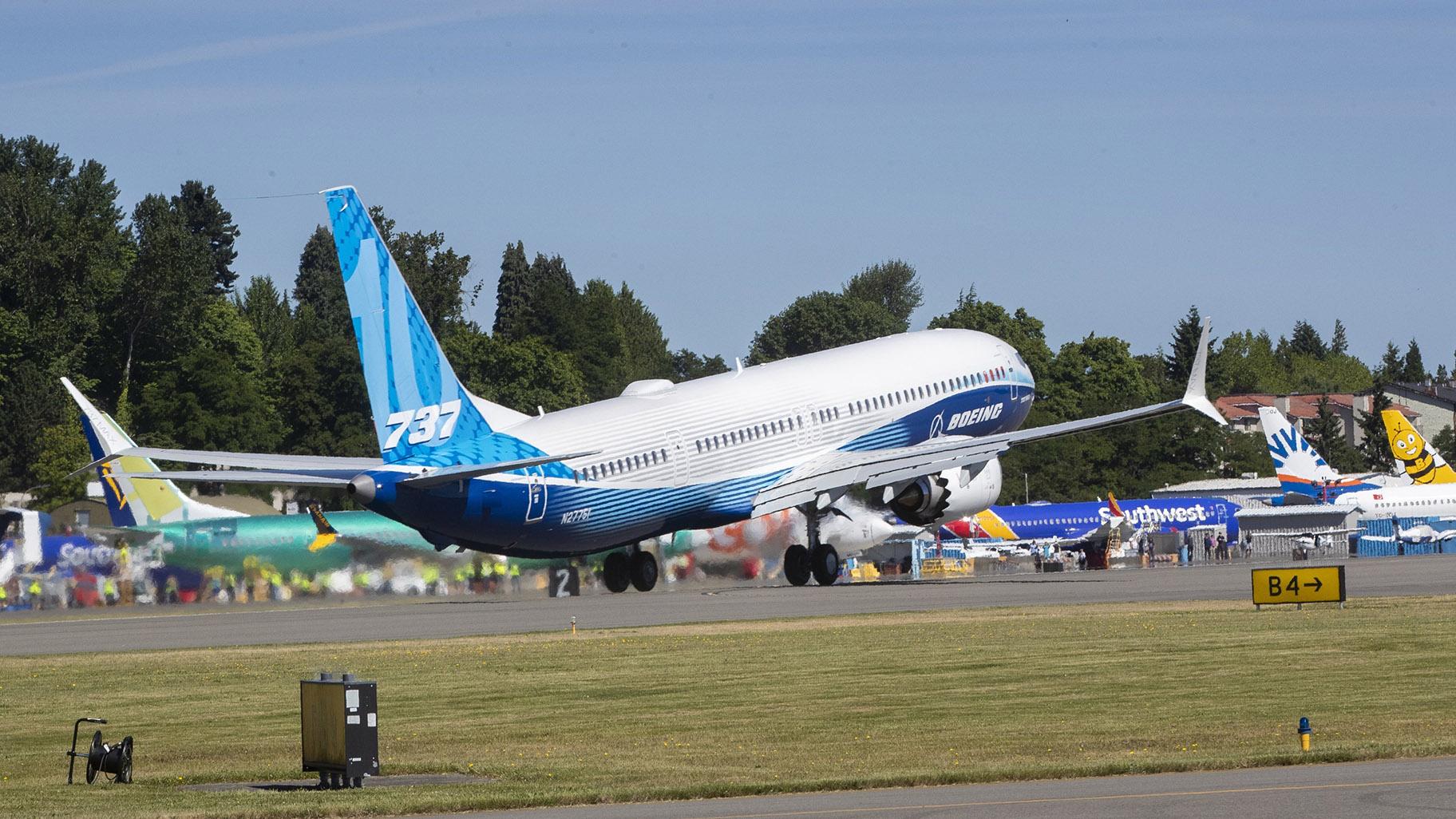 The final version of the 737 MAX, the MAX 10, passes other 737 MAX planes as it takes off from Renton Airport in Renton, Wash., on its first flight Friday, June 18, 2021. The plane will fly over Eastern Washington and then land at Boeing Field. (Ellen M. Banner / The Seattle Times via AP, Pool)

SEATTLE (AP) — Boeing’s newest version of the 737 Max jetliner completed its first test flight Friday in a move that the company hopes will signal improving fortunes for its most important plane.

A few hundred employees watched the plane take off from Renton, Washington. As is typical for a first test flight of a new plane, the only people on board were the two pilots, Jennifer Henderson and Jim Webb.

The pilots flew for about 2 1/2 hours over Washington state and did a touch-and-go maneuver at an airport near Moses Lake, Washington, before returning to land at Boeing Field in Seattle, about 7 miles (11 kilometers) from where they left.

The Max 10 is a slightly larger version of Max jets that are already flying. It is designed to seat up to 230 passengers and compete with the A321neo from European rival Airbus.

Max jets get better fuel mileage than previous versions of Boeing’s venerable 737. Airlines began using the plane in 2017, but Max 8 and Max 9 planes were grounded worldwide for nearly two years after crashes in October 2018 and March 2019 killed a total of 346 people.

U.S. regulators cleared the way for Max jets to resume flying late last year after Boeing made changes, including overhauling flight-control software that played a role in the crashes. This spring, about 100 new Max jets were idled for several weeks because of an unrelated problem with electrical grounding of cockpit instruments.

The grounding of Max jets and reduced demand for planes because of the pandemic pushed Boeing Co. to an $8.4 billion loss last year.