A portrait is a traditional way of commemorating a presidency. But former President Barack Obama and former first lady Michelle Obama made a statement by choosing distinctive contemporary artists.

This week, Chicago becomes the first city to host The Obama Portraits.

Jordan Carter, Art Institute of Chicago: They’re really recasting what a presidential portrait can be. You know, these are enduringly contemporary portraits. These are works of contemporary art. You know, it’s not documentation. These are artworks and I think that’s why we’re seeing them here in the galleries of the Art Institute.

Marc Vitali, In the summer of 1989, the museum was the site of the Obama’s first date. Now their very modern portraits hang in the Modern Wing. 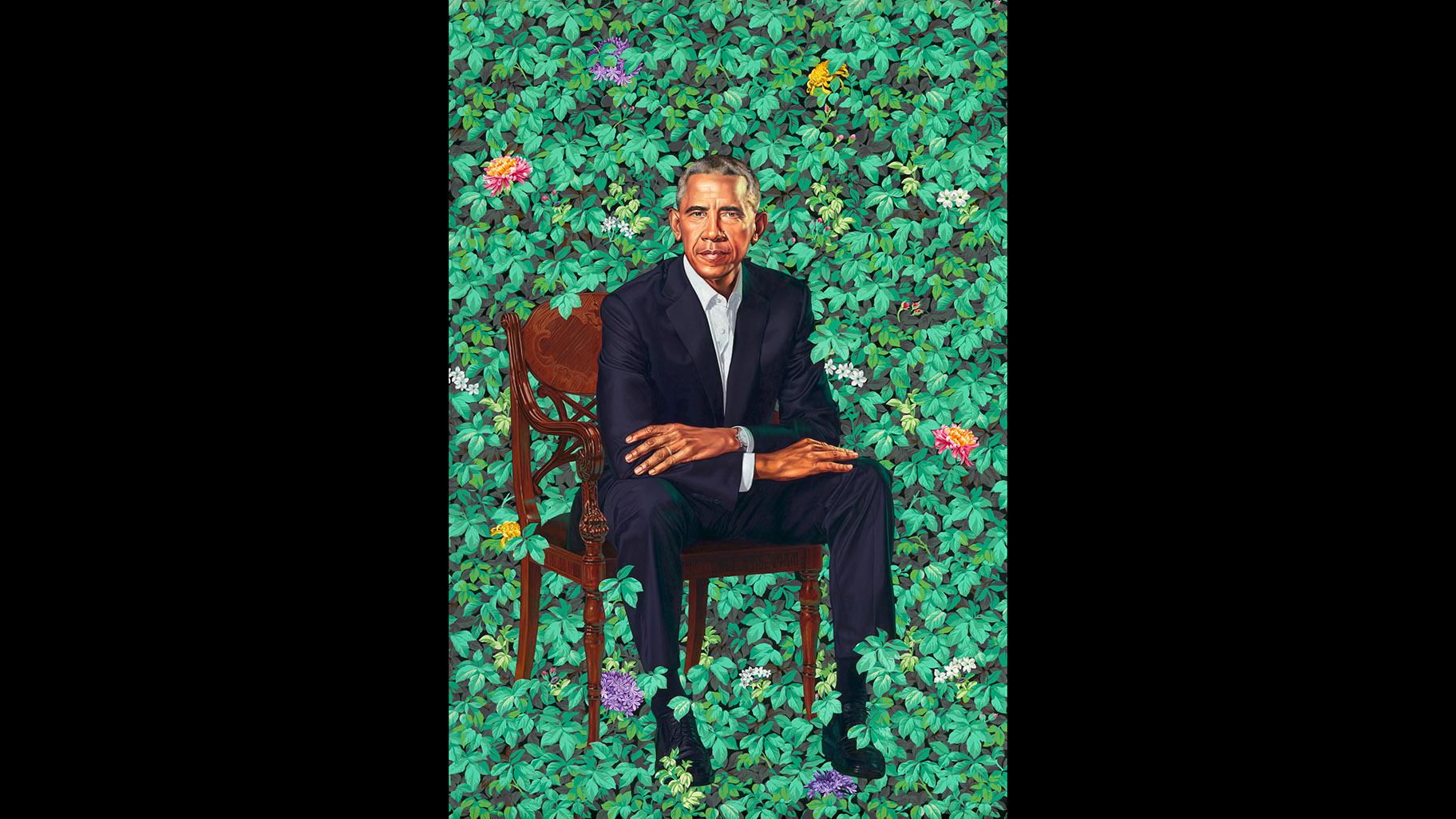 The portrait of former First Lady Michelle Obama was made by artist Amy Sherald.

Carter: Kehinde Wiley and Amy Sherald were a bold choice. Both artists really take portraiture to another level. They really shift the terms of engagement of who is being portrayed in a portrait.

So as a selection for presidential portraiture, there’s been nothing quite like it. They are vivid, they’re experimental, conceptual. They are everything that really defines 21st century contemporary art. And the Obamas are champions of contemporary art, so they knew what they were getting themselves into.

The Obamas personally chose the artists to paint their portraits and sat for the paintings, which were unveiled in February 2018. 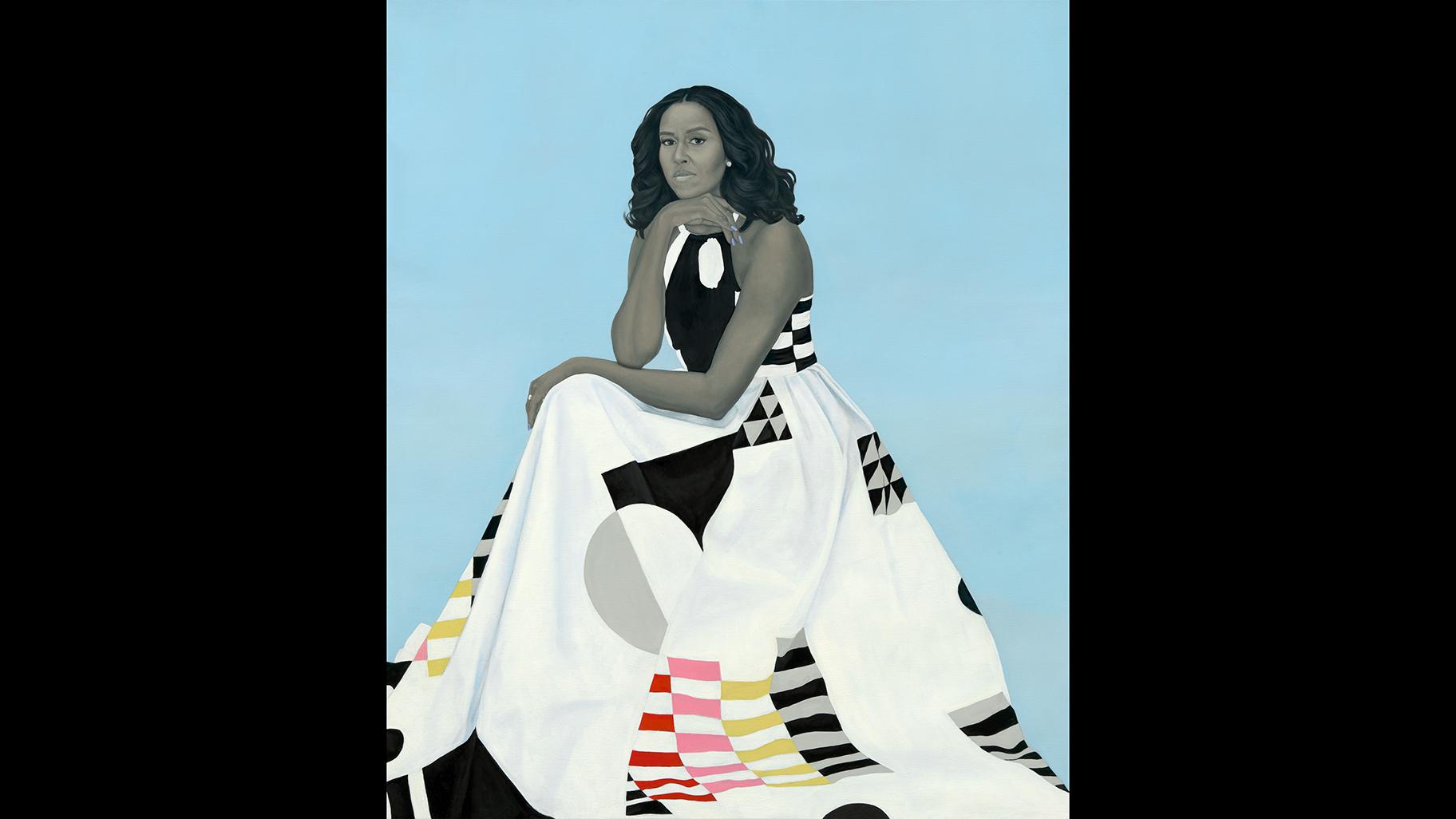 They are the first presidential portraits painted by Black artists.

In the president’s portrait, flowers represent different moments of his life. Included are chrysanthemums, the official flower of Chicago.

Carter: It sort of creates a reflection on what does it mean to even sit for a portrait and the histories of power ingrained in that gesture, in that posture. He’s leaning forward and there’s a direct gaze. He’s looking right at you and as much as it’s almost photo-realistically rendered, it’s also incredibly surreal. It’s like he’s floating.

Vitali: There’s also symbolism at play in Sherald’s portrait of the first lady.

Carter: In her rendering of Mrs. Michelle Obama, what she’s done is render her in a graceful state, in a state of dignity, but one that is also so generous and inviting and inclusive.

Vitali: Chicago is the first stop in a five-city tour of the presidential portraits, which are on loan from the Smithsonian’s National Gallery of Art.

Carter: As Amy Sherald has said, she paints American people, and Black American people become presidents and first ladies, so it fits within her practice, while also both portraits really become a radical shift in what we know as presidential portraiture.

The Obama Portraits are on view at the Art Institute of Chicago from Friday, June 18 through Sunday, Aug. 15.