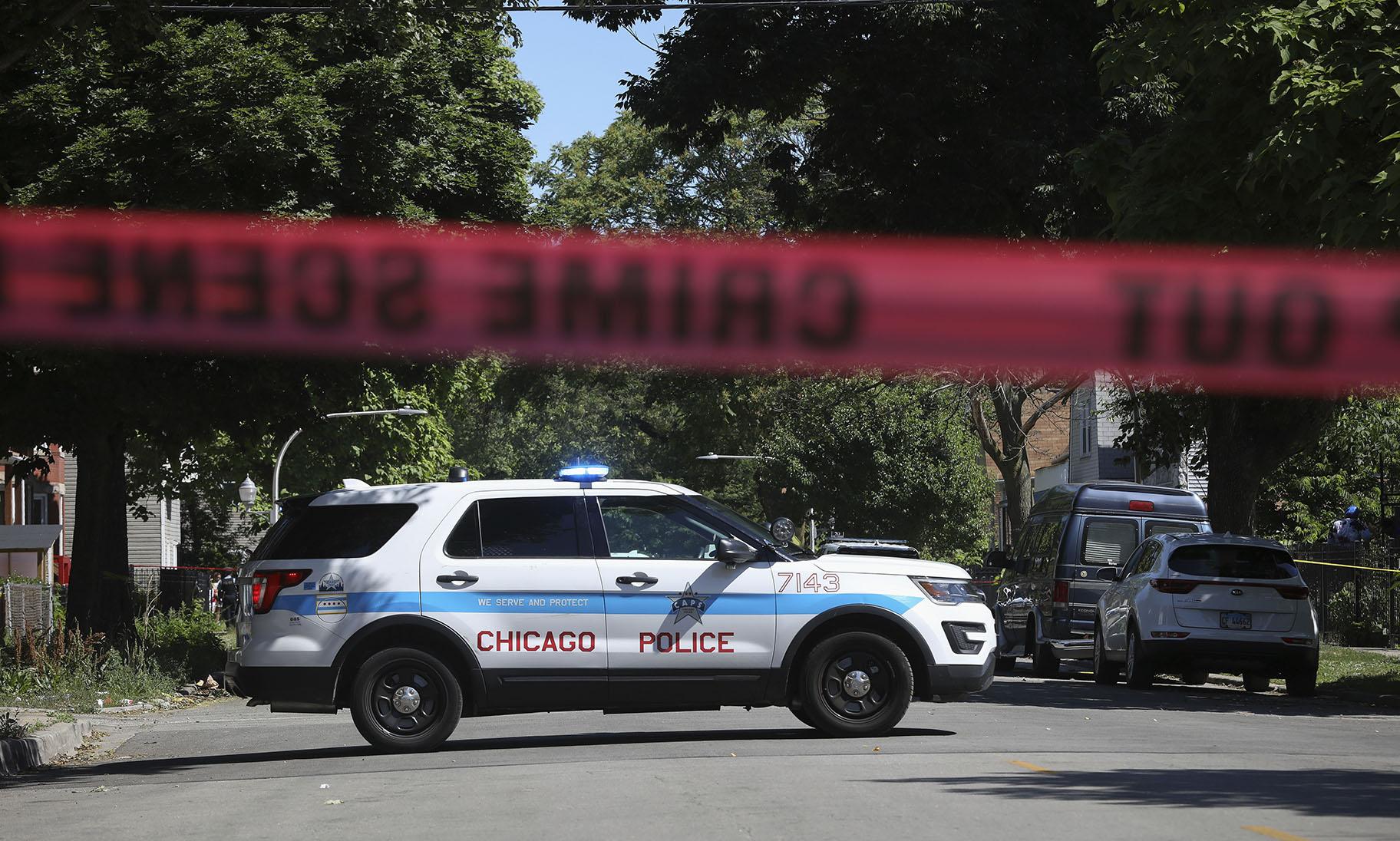 Police tape marks off a Chicago street as officers investigate the scene of a fatal shooting in the city's South Side on Tuesday, June 15, 2021. An argument in a house erupted into gunfire early Tuesday, police said. (AP Photo / Teresa Crawford)

Five people standing outside on Chicago’s West Side were shot in a violent end to a day that began with a mass shooting on the city’s South Side that left four people dead and four more injured, police said.

Four men and one woman were shot about 9:20 p.m. Tuesday near Garfield Park, possibly “by multiple offenders,” police said. They were rushed to area hospitals, where a 38-year-old man was listed in critical condition while the others were listed in good condition.

The shooting came about 16 hours after  three women and a man were fatally shot  and four other people suffered gunshot wounds inside a house on the South Side.

Shermetria L. Williams, 19, of the suburb of Harvey, was among the dead, the Cook County Medical Examiner’s office said Wednesday. The office on Tuesday identified another victim as Ratanya Aryiel Rogers, 28, of Chicago. The names of the other two will be released after next of kin have been notified, the office said.

Police have not made any arrests in either shooting, nor have they made arrests in the death of a 16-year-old boy who was shot Tuesday night in the city’s Gage Park neighborhood. Police said a gunman opened fire on him and a 20-year-old man who was critically injured. 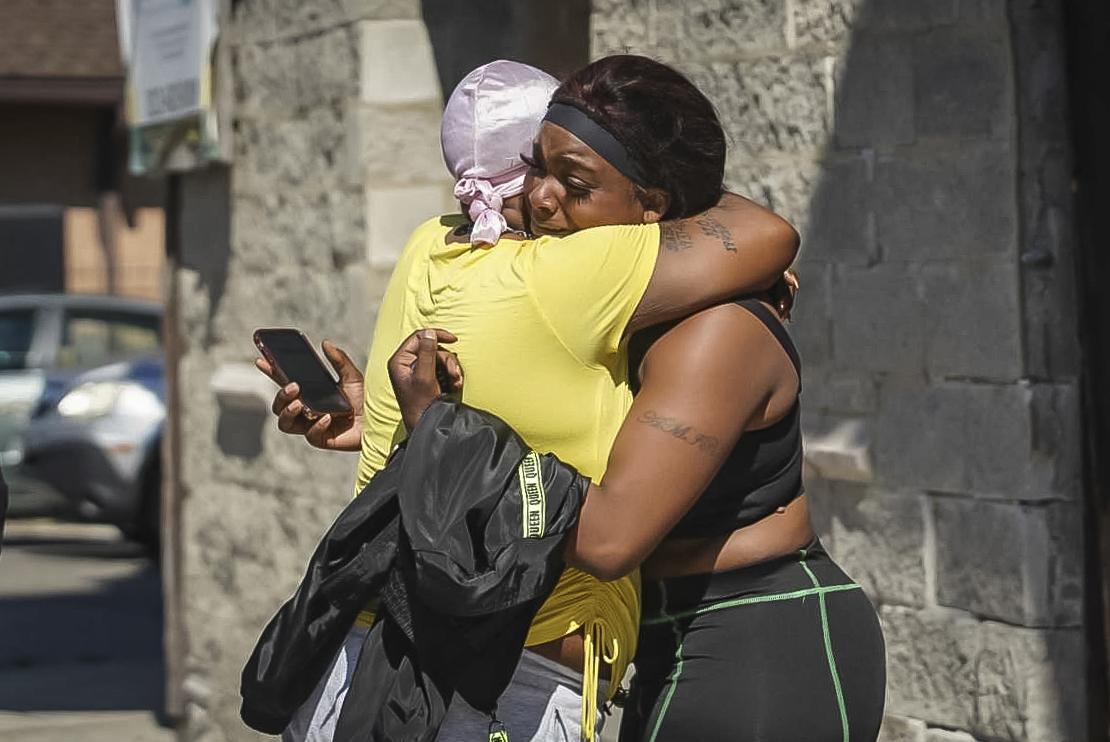 A woman receives a hug from a supporter outside the scene of a shooting outside a home in Chicago, Tuesday, June 15, 2021. (Ashlee Rezin Garcia / Chicago Sun-Times via AP)

Those and other shootings added to a growing roster of people who have been shot in the city and around the United States. Several mass shootings over the weekend stoked concerns about a spike in U.S. gun violence heading into the summer, as coronavirus restrictions ease and more people are free to socialize.

Chicago, which saw a dramatic spike in the number of homicides in 2020, is on a pace to eclipse that year’s total. Even before the latest shootings, according to the police department’s statistics there were 282 homicides as of Sunday compared with 269 for the same period in 2020.

A database compiled by The Associated Press, USA Today and Northeastern University that tracks mass killings — defined as four or more dead, not including the perpetrator — shows Tuesday’s shooting in Chicago was the 18th mass killing, of which 17 were shootings, so far this year in the U.S.