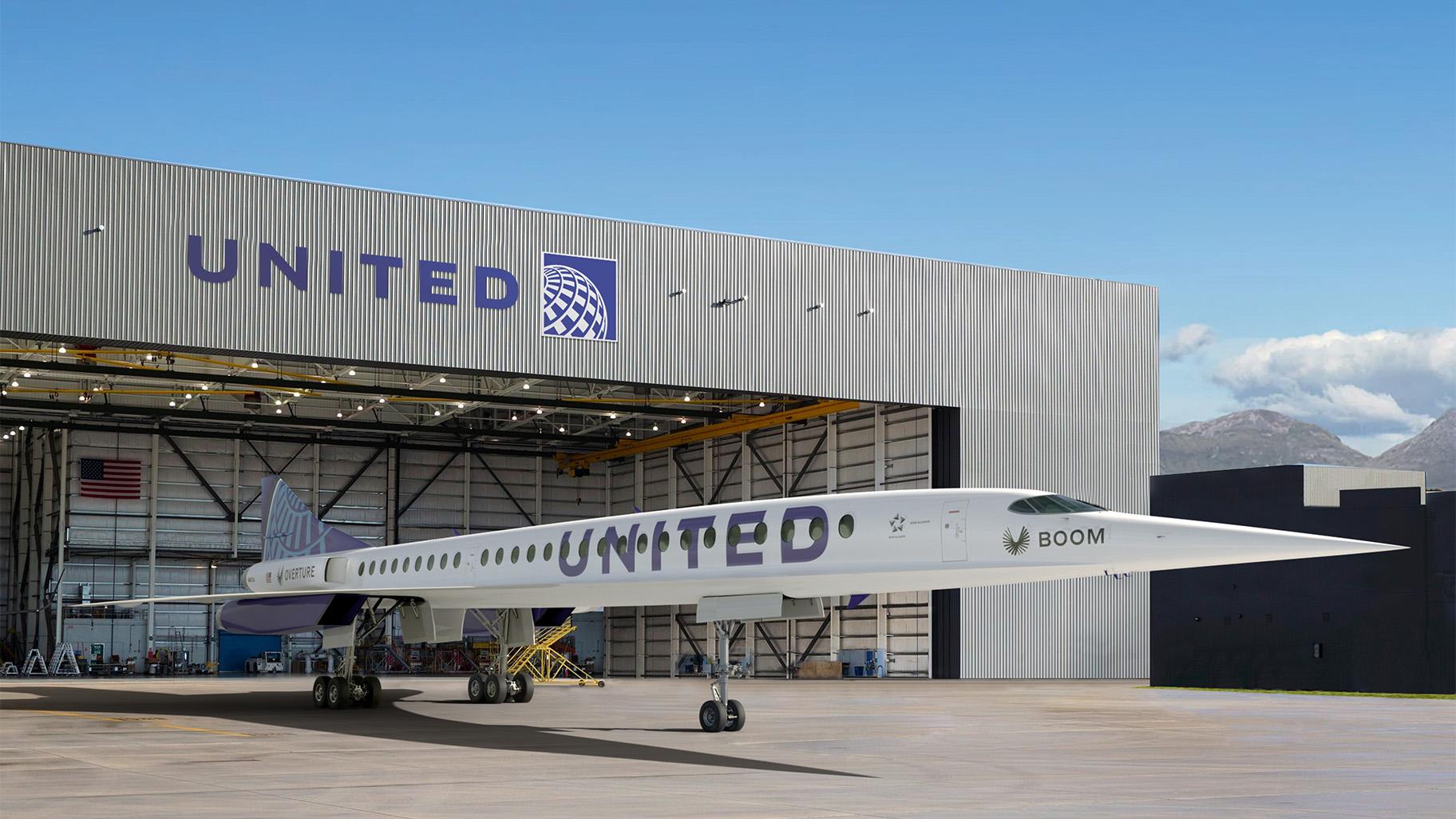 United Airlines aims to bring back supersonic travel before the decade is over with a plane that has yet to be built.

The airline said Thursday that it plans to buy 15 jets from Boom Supersonic with an option for 35 more once the start-up company designs a plane that flies faster than the speed of sound while meeting safety and environmental standards.

United hopes to carry passengers on the plane in 2029. The airline said the plane will reduce flights between London and the New York area to just three and a half hours and make Tokyo only six hours from San Francisco.

United declined to discuss financial terms of the deal. An executive said the airline put down a deposit, which he termed an unusual show of faith in a plane that won’t fly for several years, but would not discuss further details.

It has been nearly two decades since the last flight of the supersonic Concorde, which British Airways and Air France began using in 1976 to zip passengers in luxury across the Atlantic. The last one was retired in 2003, three years after an Air France Concorde crashed into a hotel shortly after takeoff from Paris, killing everyone on board and four people on the ground.

Several companies are working to come up with new supersonic jets that would be more economical on fuel — and create fewer climate-changing emissions — than the Concorde.

Boom is working to develop an 88-seat plane it calls Overture, which it says will be the first supersonic airliner to fly on so-called sustainable fuel. A spokeswoman said that a prototype will make its first test flight later this year or early in 2022.

The Denver company said the plane will be capable of speeds up to 1.7 times the speed of sound, or about 1,300 mph. That is slower than the Concorde but much faster than current airliners, which generally have cruising speed around or slightly above 500 mph.

The endorsement from United is a huge lift for Boom. Another supersonic contender, Aerion, said last month that it was running short of money to get its plane, the AS2, into production.

Supersonic jets are often banned over populated areas because of the sonic booms they create. That eliminates many potential overland routes because the planes would have to fly at less efficient subsonic speeds.

United believes that its hubs in San Francisco and Newark, New Jersey, and its corporate-traveler clientele make it better suited than its rivals to offer supersonic service.

Mike Leskinen, United’s vice president of corporate development and a former aerospace analyst, said the Boom jet will be 75% cheaper to operate than the Concorde thanks to advancements in engines and lighter fuselages.

Those savings, he said, could make it possible for United to offer both premium and economy seating, but he said no final decisions have been made on cabin layout.

United is sensitive about the high fares that helped doom the Concorde, and is trusting that the cost to operate the Boom plane will come down over time as they have for other jets.

The Concorde was the pride of British and French aircraft companies, and it ushered in a new era of rapid travel over long distances. The plane had a distinctive delta-wing design that made it easily recognizable as it streaked overhead on its way to New York or Dulles Airport outside Washington.

The plane never caught on widely, however. It was expensive to build and operate, the sonic booms limited its routes over land, and its relatively small size compared with other jets made tickets too expensive for anyone other than the wealthy or well-connected.

Henry Harteveldt, a travel analyst for Atmosphere Research, said fares on the Concorde were often at least one-third higher than on conventional jets. Since the Concorde’s last flight, companies have scrutinized the cost of employee travel far more closely and might be less willing to pay a premium for a supersonic flight.

“Corporate travel managers are going to say, ‘This is really cool, but my (chief financial officer) is screaming at me to put people on Basic Economy fares, not find ways to get them where they’re going faster,’” Harteveldt said.