Beer is Latest Vaccine Incentive for Biden ‘Month of Action’ 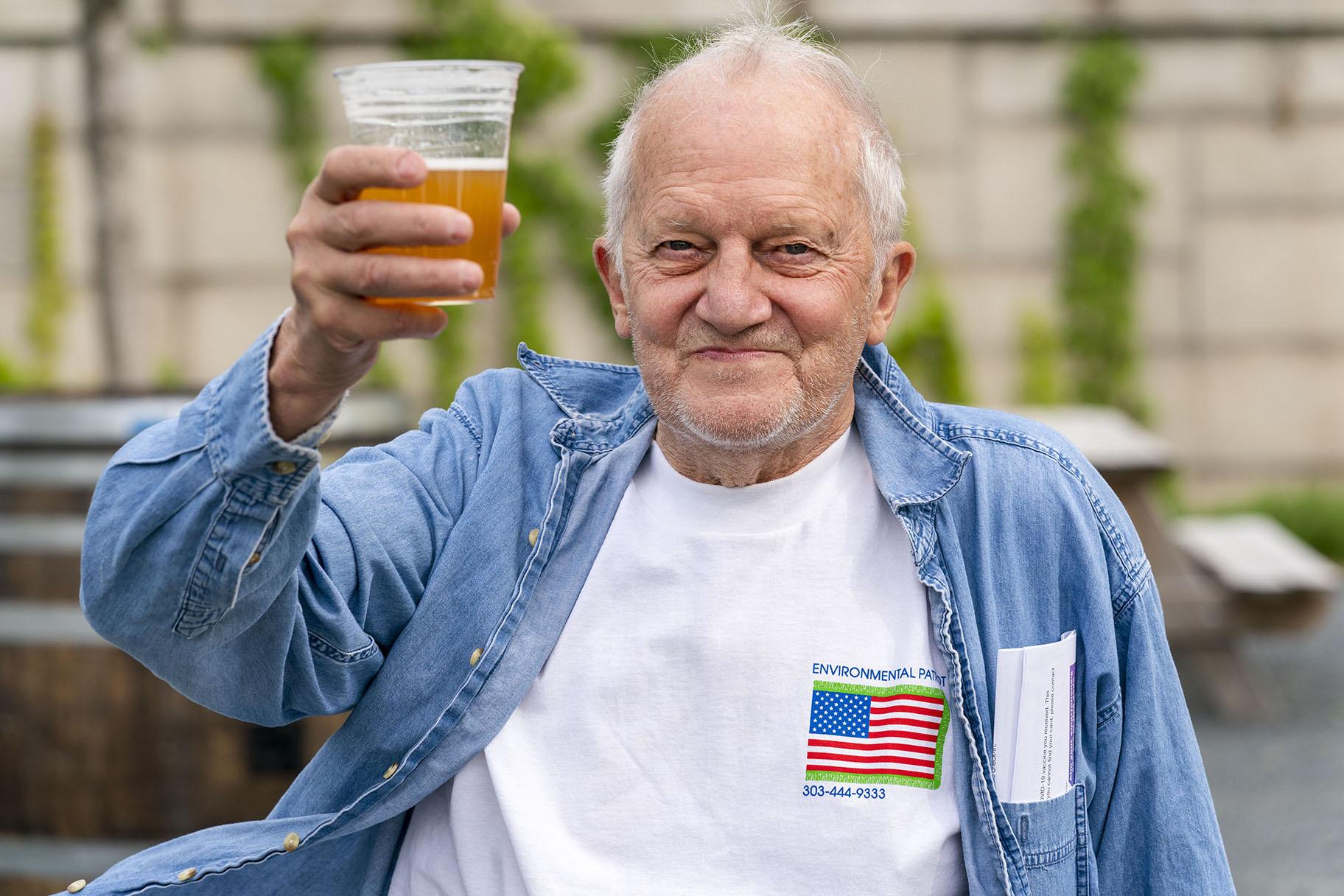 In this May 6, 2021 photo, George Ripley, 72, of Washington, holds up his free beer after receiving the J&J COVID-19 vaccine shot, at The REACH at the Kennedy Center in Washington. (AP Photo / Jacquelyn Martin)

WASHINGTON (AP) — Dangling everything from sports tickets to a free beer, President Joe Biden is looking for that extra something — anything — that will get people to roll up their sleeves for COVID-19 shots when the promise of a life-saving vaccine by itself hasn’t been enough.

Biden on Wednesday announced a “month of action” to urge more Americans to get vaccinated before the July 4 holiday, including an early summer sprint of incentives and a slew of new steps to ease barriers and make getting shots more appealing to those who haven’t received them. He is closing in on his goal of  getting 70% of adults at least partially vaccinated by Independence Day — essential to his aim of returning the nation to something approaching a pre-pandemic sense of normalcy this summer.

“The more people we get vaccinated, the more success we’re going to have in the fight against this virus,” Biden said from the White House. He predicted that with more vaccinations, America will soon experience “a summer of freedom, a summer of joy, a summer of get togethers and celebrations. An All-American summer.”

The Biden administration views June as “a critical month in our path to normal,” Courtney Rowe, the director of strategic communications and engagement for the White House COVID-19 response team, told the AP.

Biden’s plan will continue to use public and private-sector partnerships, mirroring the “whole of government” effort he deployed to make vaccines more widely available after he took office. The president said he was “pulling out all the stops” to drive up the vaccination rate.

Among those efforts is a promotional giveaway announced Wednesday by Anheuser-Busch, saying it will “buy Americans 21+ a round of beer” once Biden’s 70% goal is met.

“Get a shot and have a beer,” Biden said, advertising the promotion even though he himself refrains from drinking alcohol.

Additionally, the White House is partnering with early childhood centers such as KinderCare, Learning Care Group, Bright Horizons and more than 500 YMCAs to provide free childcare coverage for Americans looking for shots or needing assistance while recovering from side effects.

The administration is also launching a new partnership to bring vaccine education and even doses to more than a thousand Black-owned barbershops and beauty salons, building on a successful pilot program in Maryland.

They’re the latest vaccine sweeteners, building on other incentives like cash giveaways, sports tickets and paid leave, to keep up the pace of vaccinations.

“The fact remains that despite all the progress, those who are unvaccinated still remain at risk of getting seriously ill or dying or spreading the disease to others,” said Rowe.

Aiming to make injections even more convenient, Biden is announcing that many pharmacies are extending their hours this month — and thousands will remain open overnight on Fridays. The White House is also stepping up its efforts to help employers run on-site vaccination clinics.

Biden will also announce that he is assigning Vice President Kamala Harris to lead a “We Can Do This” vaccination tour to encourage shots. It will include first lady Jill Biden, second gentleman Doug Emhoff and Cabinet officials. Harris’ travel will be focused on the South, where vaccination rates are among the lowest in the country, while other officials will travel to areas of the Midwest with below average rates.

To date 62.9% of the adult U.S. population have received at least one dose of a COVID-19 vaccine and 133.9 million are fully vaccinated. The rate of new vaccinations has slowed to an average below 555,000 per day, down from more than 800,000 when incentives like lotteries were announced, and down from a peak of nearly 2 million per day in early April when demand for shots was much higher.

The lengths to which the U.S. is resorting to convince Americans to take a shot stands in contrast to much of the world, where vaccines are far less plentiful. Facing a mounting U.S. surplus, the Biden administration is planning to begin sharing 80 million doses with the world this month.

“All over the world people are desperate to get a shot that every American can get at their neighborhood drugstore,” Biden said.

Thanks to the vaccinations, the rate of cases and deaths in the U.S. are at their lowest since the beginning of the pandemic last March, averaging under 16,000 new cases and under 400 deaths per day.

As part of the effort to drive Americans to get shots, the White House is borrowing some tools from political campaigns, including phone banks, door-knocking and texting. The administration says more than 1,000 such events will be held this weekend alone. Additionally, it is organizing competitions between cities and colleges to drive up vaccination rates.

Other new incentives include a $2 million commitment from DoorDash to provide gift cards to community health centers to be used to drive people to get vaccinated. CVS launched a sweepstakes with prizes including free cruises and Super Bowl tickets. Major League Baseball will host on-site vaccine clinics and ticket giveaways at games. And Kroger will give $1 million to a vaccinated person each week this month and dozens of people free groceries for the year.

The fine print on the Anheuser-Busch promotion reveals the benefits to the sponsoring company, which will collect consumer data and photos through its website to register for the $5 giveaway. The company says it will hand out credits to however many people qualify. 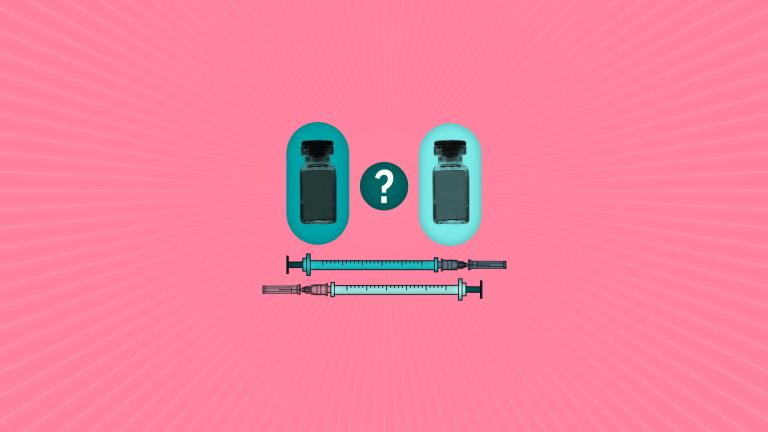 Can You Mix and Match COVID-19 Vaccines?

Feeling Lucky? Get Vaccinated to Win Cash or Scholarships 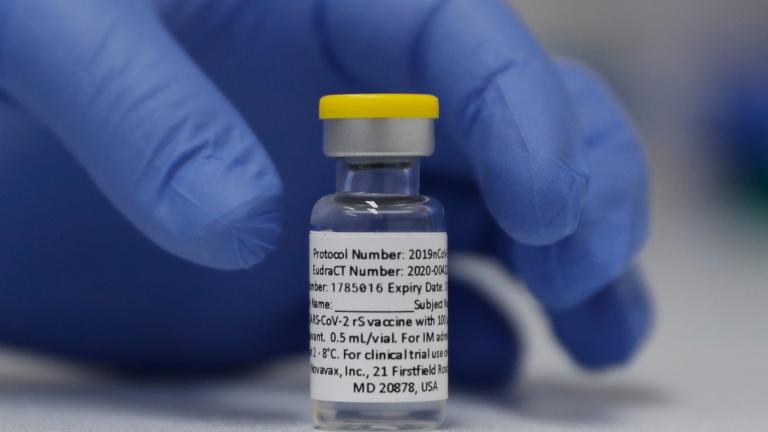