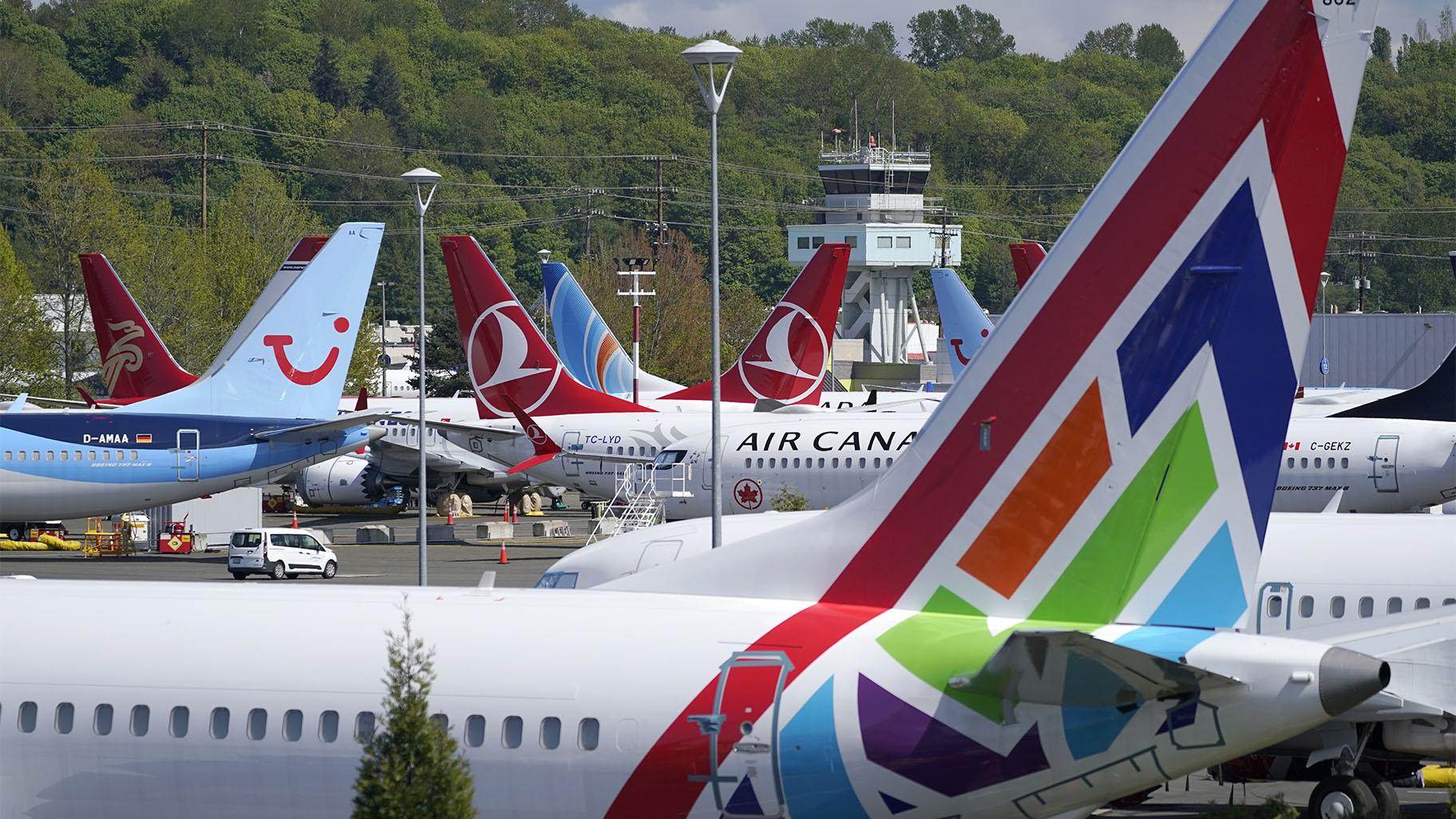 Federal officials say Boeing will pay at least $17 million and take steps to fix production problems on its 737 jets including the Max.

The Federal Aviation Administration said Thursday that the settlement covers the installation of unapproved sensors and other parts on some Boeing 737 NG and 737 Max planes built between 2015 and 2019.

The settlement, while not a large sum for Boeing – the company had $15 billion in revenue in 2020, a down year -- is the latest black eye for the iconic American manufacturer. Boeing is still struggling to recover from two deadly crashes that led to a long grounding of Max jets worldwide and other problems that have plagued the Max and other aircraft models.

The FAA said Boeing will pay the $17 million civil penalty within 30 days and could be hit with about $10 million in additional fines if it fails to take steps including preventing the use of unapproved parts. The FAA said Boeing also must analyze whether the company and its suppliers are ready to safely raise production rates for the 737.

A Boeing spokesman said the company “fully resolved” the problems in its production system and supply chain. “We continue to devote time and resources to improving safety and quality performance across our operations,” including ensuring that employees comply with regulatory requirements, the spokesman said.

The settlement covers issues previously identified by the FAA. The agency had proposed a $19.7 million penalty for Boeing’s use of unapproved sensors on nearly 800 planes and $9.3 million for installing unapproved wing panels on more than 300 planes including Max jets and an older 737 model called the NG. The wing panels provide extra lift during takeoff and landing, and ones made by a Boeing contractor had failed a quality test.

In January, Boeing agreed to pay $2.5 billion to avoid possible criminal prosecution for deceiving regulators about the safety of the Max. It faces lawsuits filed by families of passengers killed in the Max crashes.

Since the FAA cleared the Max to return to flight late last year, more than 100 newly built ones were idled by a problem with electrical grounding of some cockpit equipment. Boeing also held up deliveries of the larger 787 jet for several months because of a flaw in how panels of the carbon-fiber fuselage were joined.

This month, two leaders of the House Transportation Committee said they are requesting more information from Boeing and the FAA about those recent problems.

Shares of Chicago-based Boeing Co. rose 3% in midday trading after the CEO of its largest customer, Southwest Airlines, said the airline has room to add nearly 500 new planes in the coming years. Southwest CEO Gary Kelly told The Dallas Morning News that the airline will need more planes after adding new destinations and restoring its network after the coronavirus pandemic slowdown that hit travel last year.