Video: “Chicago Tonight” talks about the future of the Chicago Tribune with Charles Whitaker of Northwestern University’s Medill School of Journalism; and David Jackson, a senior investigative reporter at the Better Government Association. (Produced by Blair Paddock)

Shareholders of Tribune Publishing, one of the country’s largest newspaper chains, approved a $630 million takeover bid by hedge fund Alden Global Capital on Friday, the company said in a brief statement. Alden, which already owned nearly one-third of Tribune, stands to take full control of the Chicago Tribune, Baltimore Sun and other Tribune papers.

Tribune offered little additional detail beyond the fact that it expects the deal to close on May 25. In a statement, Alden said the move “reaffirms our commitment to the newspaper industry” and its focus on retooling publications so they can “operate sustainably over the long term.”

The Alden deal is just the latest major acquisition of a newspaper company by an investment firm dedicated to maximizing profits in distressed industries. The collapse of print advertising as readers migrated to digital publications has rocked the traditional newspaper business. Publishers have shut down more than 2,000 papers over the past 15 years and half of newsroom jobs have disappeared.

Investment firm owners are often criticized for valuing profits over the mission of local journalism, and Alden is no exception.

The deal drew opposition from many of the company’s journalists in an unusual spate of employee activism. They set up rallies, tried to find local buyers and begged for a rescue in their own newspapers. They had rooted for a higher bid from hotel mogul Stewart Bainum in the belief that it would be better for local journalism, although that never came to fruition. They lobbied Tribune’s No. 2 investor, Los Angeles Times owner Patrick Soon-Shiong, to vote no and scuttle the deal.

In a blog post, the president of the union representing Tribune journalists lamented that Tribune’s shareholders had “ let everyone down “ by approving the deal, but said the union would “continue to hold Alden Global Capital accountable.”

Confusion arose earlier in the day when a spokeswoman for Soon-Shiong said he “abstained” from the vote. According to Tribune’s April 20 proxy statement, which states that approval of the deal required the votes of at least two-thirds of shares not owned by Alden, an “abstain” vote counted the same as an “against” vote. 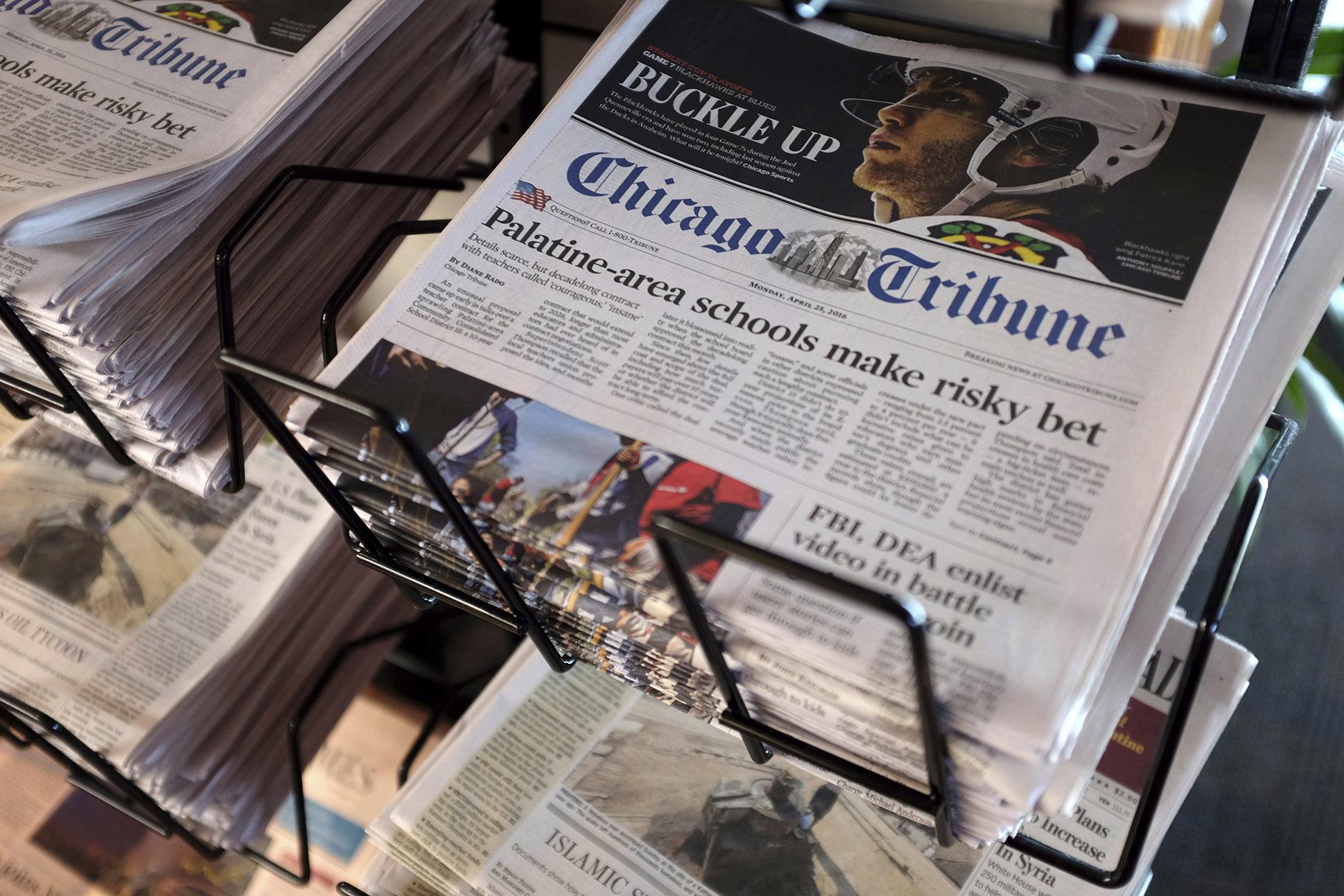 Neither Tribune nor its board made any public comments on vote result until late in the day Friday. In its statement, Tribune effectively confirmed earlier reporting attributed to unnamed Tribune officials that Soon-Shiong’s ballots were submitted without the “abstain” box checked, and so were counted as “yes” votes toward the Alden takeover in accordance with the instructions on the ballot. Tribune did not name Soon-Shiong directly, but said that proxies from “one of the company’s largest shareholders” were submitted in this fashion.

Soon-Shiong’s representative, Hillary Manning, said the billionaire viewed Tribune as a “passive investment” and that he is focused on the “revitalization” of the L.A. Times and the San Diego Union-Tribune, which he bought from Tribune in 2018. Soon-Shiong stands to gain about $150 million from his Tribune stake.

Legal experts agreed that if Soon-Shiong left his ballot blank, he likely did so deliberately.

One possibility, said Andrew Verstein, a UCLA School of Law professor, is that Soon-Shiong intended to vote yes but didn’t want to take flak for that vote. “If you say yes, people yell at you for selling out the newspaper,” he said.

Alden became Tribune’s largest shareholder in 2019. The union representing Tribune’s journalists says the hedge fund’s cost cuts have already led to shrinking newsrooms and closed offices. A 2020 report from the University of North Carolina’s journalism school said the combination of Alden and Tribune would be the country’s second-largest newspaper publisher by circulation, behind Gannett.

Tribune itself is no stranger to cost cuts and shrinking newsrooms. After emerging from bankruptcy in 2012, it split from its TV broadcasting arm in 2014 and since then has bought and sold papers including the Los Angeles Times (sold), the San Diego Union-Tribune (bought and then sold) and the New York Daily News (bought, then hit with layoffs that cut its editorial staff in half ). Its annual revenue has fallen by more than half since 2015, and by the end of 2020 its number of full- and part-time employees stood at 2,865 people, just 40% of its headcount five years earlier.

Overall, publishers have shut down more than 2,000 papers over the past 15 years; half of newsroom jobs have disappeared.

Investment firms have played a significant role in consolidating the industry as online competition drew away readers’ attention and ad dollars. Hedge fund Chatham Asset Management bought newspaper chain McClatchy in an auction last year following the company’s bankruptcy, beating a bid from Alden. A newspaper company managed by private equity firm Fortress bought Gannett in 2019 with a high-interest loan from another private equity firm. The newspaper company, which retained the Gannett name and is publicly traded, has since ended the management arrangement with Fortress.

An expected higher bid for the whole company from the hotel mogul Bainum never fully materialized after he was unable to find a buyer for the Chicago Tribune. Hansjörg Wyss, a billionaire from Wyoming who had expressed interest in owning the Chicago Tribune, joined Bainum’s bid, then subsequently dropped out. He did not say why.

Prior to his bid for all of Tribune, Bainum struck a side deal to buy Baltimore Sun Media from Tribune for $65 million via a nonprofit. In a statement, Bainum said that while his efforts to buy Tribune have “fallen short,” his focus now is on Baltimore and Maryland, where he is “evaluating various options” to create nonprofit newsrooms.

Note: This story was originally published Friday, May 21. It has been updated to include our “Chicago Tonight” conversation.