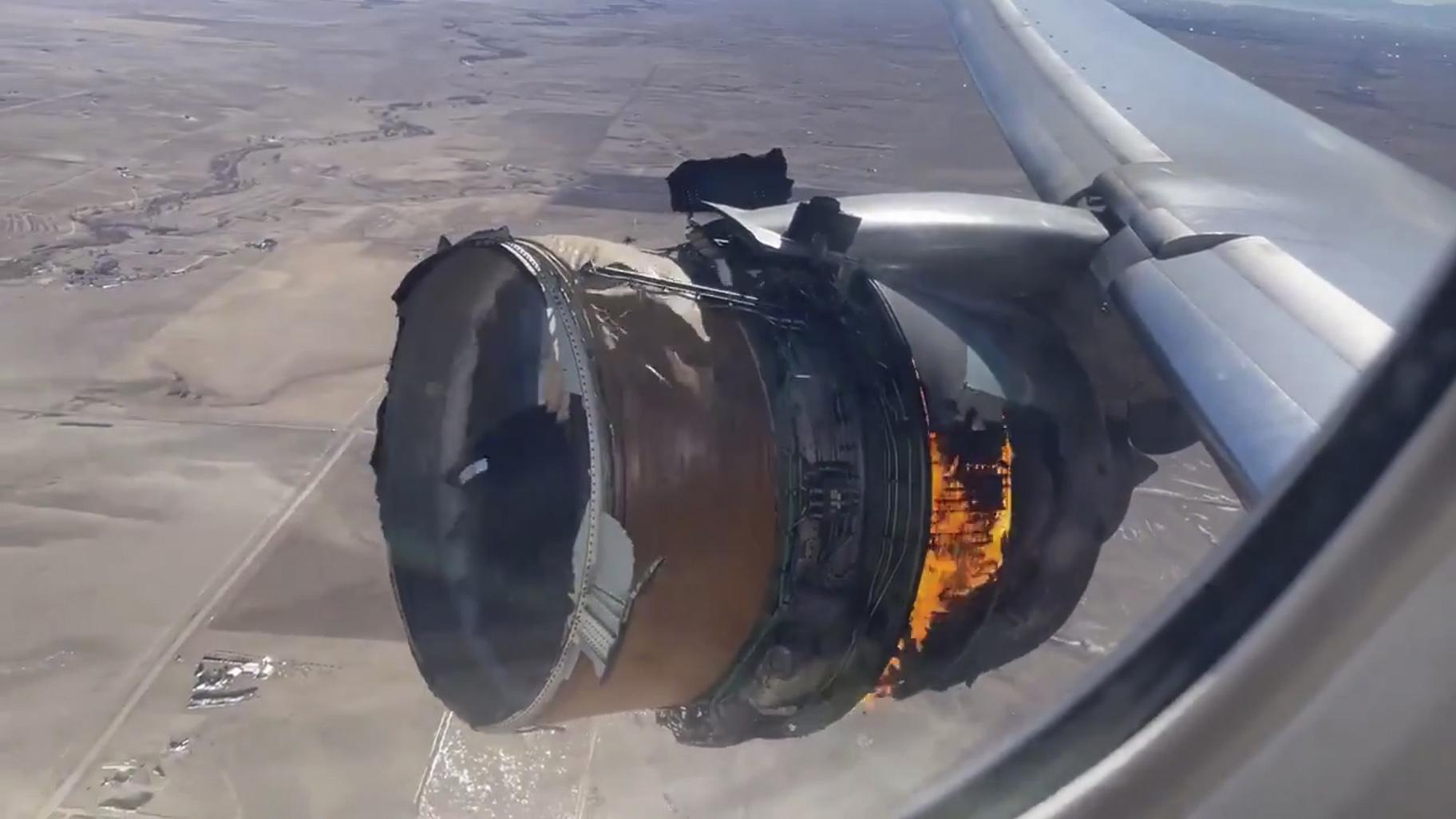 In this file photo taken from video, the engine of United Airlines Flight 328 is on fire after experiencing "a right-engine failure" shortly after takeoff from Denver International Airport, Saturday, Feb. 20, 2021, in Denver, Colo. Two passengers who were on board the United Airlines airplane that had to make an emergency landing are suing the company in separate suits filed Friday, April 16 in Chicago, where United is based. (Chad Schnell via AP, File)

DENVER (AP) — Two passengers who were aboard a United Airlines flight that had to make an emergency landing after one of its engines blew apart and sent debris raining down on Colorado neighborhoods sued the company Friday.

In separate lawsuits filed in Chicago, where United is based, Joseph McGinley of Honolulu and Jonathan Strawn of Sioux City, Iowa, say they have suffered personal, emotional and financial injuries following the failure of the Boeing 777's engine on Feb. 20.

Video posted on Twitter showed the engine in flames after the plane took off from Denver. Passengers, who were headed to Honolulu, said they feared the plane would crash after an explosion and flash of light, while people on the ground saw huge chunks of the aircraft drop, just missing one home and crushing a truck.

No injuries were reported on the plane or on the ground.

“Imagine as a passenger looking out the window of a plane and helplessly watching the engine on fire. The terror you experience lasts a lifetime," Chicago attorney Robert A. Clifford said in an announcement of the lawsuits.

His firm also is representing families of 72 of the passengers who died when a Boeing 737 MAX crashed in Ethiopia in 2019.

The National Transportation Safety Board is investigating the United plane's engine failure but has said that microscopic examination supports early suspicions that wear and tear caused a fan blade to snap inside the engine.

Each lawsuit says the passengers seek a judgment above a $50,000 limit along with other costs and damages.