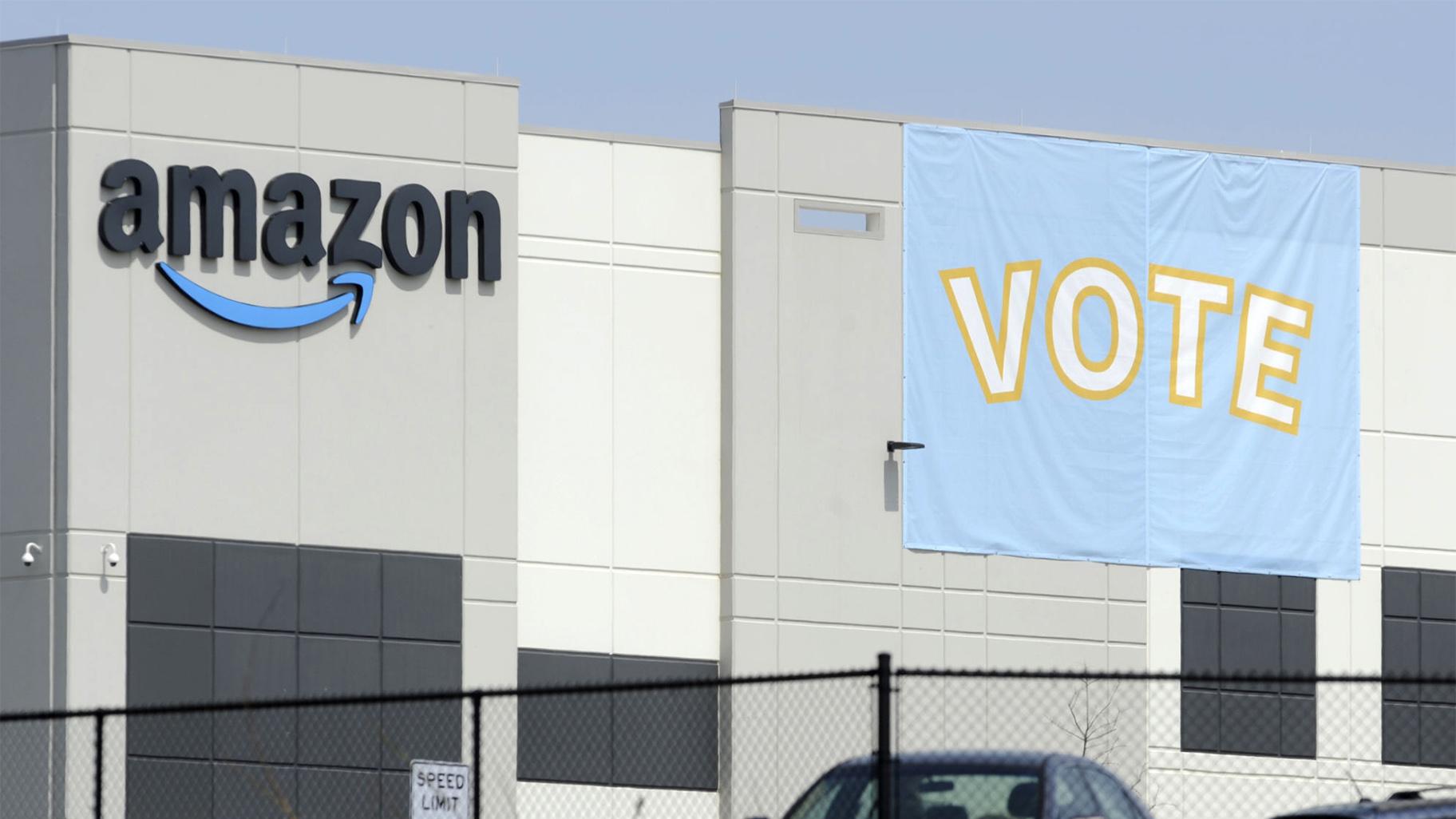 Amazon workers voted against forming a union, Friday, April 9, in Alabama, handing the online retail giant a decisive victory and cutting off a path that labor activists had hoped would lead to similar efforts throughout the company and beyond. (AP Photo / Jay Reeves, File)

WASHINGTON (AP) — Despite the strongest public support and the most sympathetic president in years, the American labor movement just suffered a stinging defeat -- again.

Amazon and business groups celebrated the decision, saying warehouse workers got a chance to weigh the pros and cons of union membership -- and voted to reject it.

But labor activists argue that the lopsided vote shows how unfairly the odds are stacked against union organizing efforts and highlights the need for Congress to reform U.S. labor law. The House last month passed such legislation -- the Protecting the Right to Organize (PRO) Act -- but it looks likely to die in the Senate.

The Bessemer results “reveal a broken union election system,’’ Celine McNicholas, labor counsel at the left-leaning Economic Policy Institute, said in a statement. “It is clear that if policymakers do not reform our nation’s labor law system, then they are effectively denying workers a meaningful right to a union and collective bargaining.’’

The retail union complains that Amazon plastered the Alabama workplace with anti-union posters and forced employees to sit through mandatory sessions in which the company disparaged the union. Labor organizers, by contrast, had to catch employees outside the warehouse gate to make their pitch.

“The law failed the workers,’’ said Benjamin Sachs, a labor law professor at Harvard Law School. “The law gives employers far too much latitude to interfere in workers’ ability to make a choice to join a union. That choice should be for the workers to make, not the employers to make.”

Amazon supporters note that the company paid an average $15.30 an hour -- more than double minimum wage in Alabama -- and offered health care and other benefits. “Union representation is a choice for workers,’’ said David French, spokesman for the National Retail Federation. “But many clearly prefer opportunities in a competitive marketplace that provides strong wages and benefits.’’

Randy Korgan, the International Brotherhood of Teamsters' national director for Amazon, rejected the idea Amazon pays competitive wages at a time when $15 an hour has become the minimum wage in some states. Korgan said he made more than $15 an hour himself as a warehouse worker in the early 1990s.

“Using the minimum wage as barometer is a huge mistake," Korgan said. “This is not minimum wage work and for any employer to pat themselves on the back and use this as a guiding post shows they don’t understand how difficult this work is.”

American unions have been declining for decades. The percentage of workers who belong to unions peaked at 34.8% in 1954, according to the Congressional Research Service. By last year, their share of workers had fallen to 10.8%, the Labor Department reports.

America’s unionization rate is one of the lowest in the world; it compares to 90% in Iceland, 67% in Denmark, 28% in Canada and 17% in Germany, according to the International Labor Organization.

Labor activists say companies routinely punish employees who try to organize unions -- and get away with it. Even when workers do agree to unionize, companies often negotiate in bad faith. “The current system is expecting a degree of heroism from people that most of us don’t possess,’’ said Thomas Geoghegan, a pro-union labor lawyer and author.

Economists have tied the decline in unions from their 1950s heyday to the growing gap in income between the richest Americans and all the rest. Unions not only raised wages for their own members; they also effectively pressured other employers to offer better pay and benefits.

A 2011 study by economists at Harvard University and the University of Washington found that the collapse of organized labor accounted for at least a fifth of the growth in inequality between 1973 and 2007.

As concerns about inequality have risen, public support for unions has grown. Gallup reported last year that 65% of Americans support unions, the most since 2003 and up from a low of 48% in 2009.

Unions also have a backer in the White House and Democratic control of the House and Senate. President Joe Biden promised to be “the most pro-union president you’ve ever seen.” During the union drive at Bessemer, he pointedly expressed support for workers’ right to choose a union, and he supports the PRO Act.

Passed 225-206 by the House, the act would reverse Right to Work laws, currently in effect in 27 states, which prevent unions from collecting dues from workers who refuse to join -- but still benefit from union contracts.

It would also give union organizers more control over how and where union votes are held and empower the National Labor Relations Board to fine companies that don’t comply with the board’s orders.

But the Senate appears to lack the 60 votes needed to overcome a filibuster, which will ultimately doom the effort. “The Democratic Party can’t deliver because of the filibuster,’’ Geoghegan said. “It’s heartbreaking.’’

Even without a legislative victory, he said, Biden could boost unions by steering federal contracts to companies with collective bargaining agreements.

Michael Lind, founder of the New America think tank and author of a history of the American economy, said American unions are hobbled by the way they are forced to organize -- company by company or workplace by workplace, as in the case of the Amazon warehouse in Bessemer. Many European countries, by contrast, organize union representation by whole industries or sectors.

Adam Ryan, a 32-year-old part-time Target employee in Virginia who founded a group called Target Workers Unite in 2019, notes that unions have for years been focused more on contract negotiations rather than the radical strikes they organized decades ago.

“A lot of times the stereotypes the corporations use to dissuade people from going to unions are largely true — the idea that they are third parties and they come in and take dues out of your paycheck and they really don’t do much for you when you need them,″ he said.

Ryan argues that unions must reform themselves "to change people’s sentiments towards them or people need to learn that there are different strategies of labor organizing that can be driven by the rank and file."

Others say, despite labor’s long losing streak, it’s too soon to count unions out. Philip Dray, author of “There is Power in a Union: The Epic Story of Labor in America,’’ recalls the United Auto Workers’ protracted struggle to organize workers at Ford and Cesar Chavez’ fight to unionize California farm workers.

“Workers’ collectives have never been an easy fit with this country,’’ Dray said. “Unions have frequently lost a battle against formidable opposition, only to go on and win the war.’’