The Big Dig: Chicago Shoveling Out From Nearly 18 Inches of Snow in Hardest Hit Areas 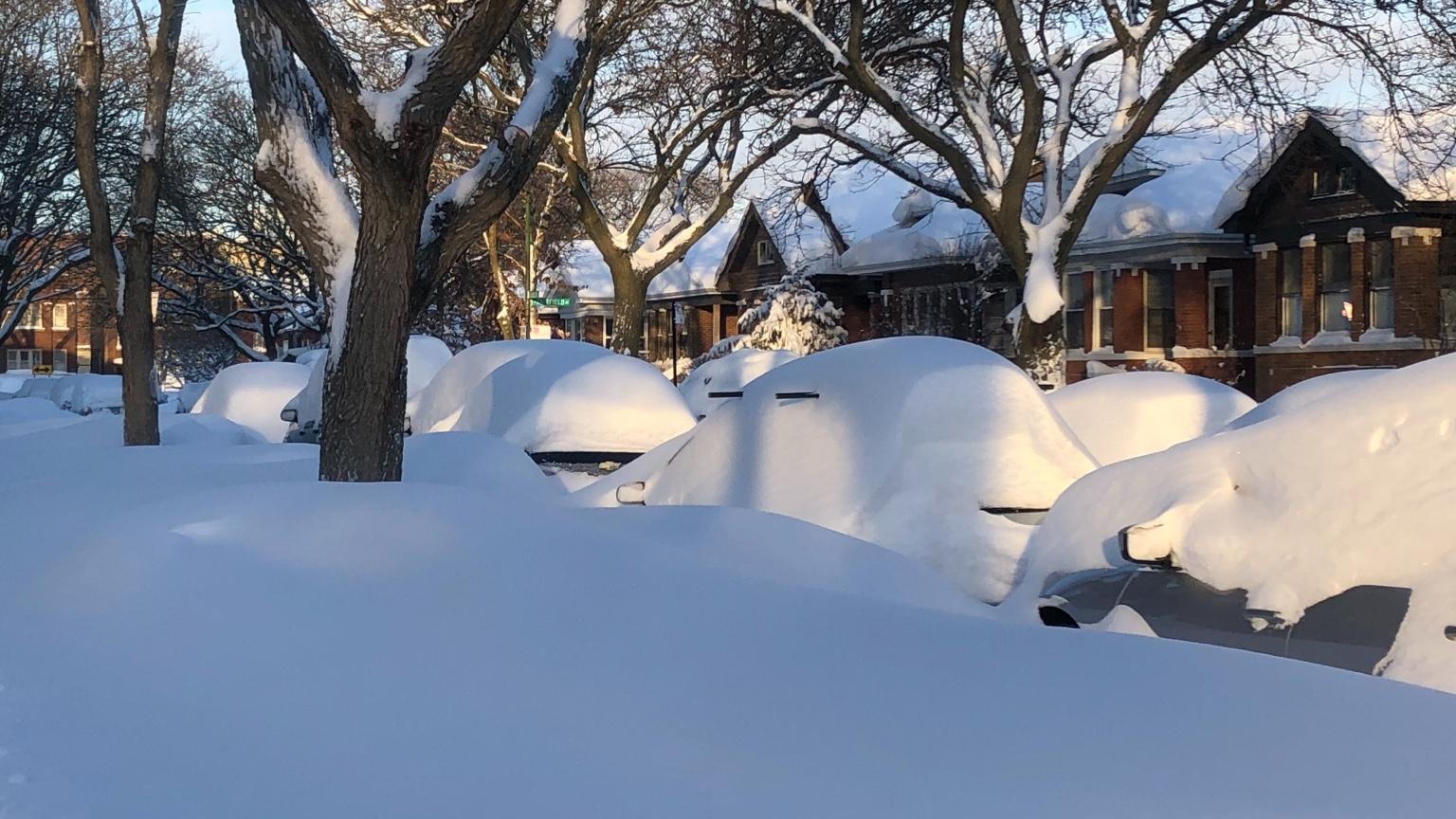 A combined lake effect storm system dumped nearly a foot and a half of snow on some Chicago neighborhoods in the last 24 hours, piling on to the mountain that already existed from February’s near daily snowfall.

According to the National Weather Service, accumulation at O’Hare Airport — Chicago’s official climate site — measured 7.5 inches, but that barely told the story, with the airport situated outside the band of heavy lake effect snow.

The latest storm was the third 6-inch snow event since Jan. 25, with frigid temperatures keeping much of the stuff from melting. Total snow depth at O’Hare is 21 inches, and 2 feet at Midway, the highest since 2011, according to the NWS.

Streets and Sanitation crews have been working around the clock to clear arterial streets, and the department is asking for patience in terms of getting to residential streets. The progress of plows can be tracked online. The snow is also hampering services such as trash and recycling collection.

Another weak weather system is headed for Chicago on Wednesday. If at least 0.1 inch is recorded at O’Hare, Chicago will set a new record for most consecutive days of snow. The city’s current nine-day streak — Feb. 8-16 — is tied with Feb. 3-11, 2018.