Video: Tom Mockaitis, a security and terrorism specialist and a professor of history at DePaul University, talks about what the Department of Homeland Security alert means. (Produced by Evan Garcia)

WASHINGTON (AP) — The Department of Homeland Security issued a national terrorism bulletin Wednesday warning of the lingering potential for violence from people motivated by antigovernment sentiment after President Joe Biden’s election, suggesting the Jan. 6 riot at the Capitol may embolden extremists and set the stage for additional attacks.

The department did not cite any specific plots, but pointed to “a heightened threat environment across the United States” that it believes “will persist” for weeks after Biden’s Jan. 20 inauguration.

It is not uncommon for the federal government to warn local law enforcement through bulletins about the prospect for violence tied to a particular event or date, such as July 4.

But this particular bulletin, issued through the department’s National Terrorism Advisory System, is notable because it effectively places the Biden administration into the politically charged debate over how to describe or characterize acts motivated by political ideology, and suggests it regards violence like the kind that overwhelmed the Capitol as akin to terrorism.

The bulletin is an indication that national security officials see a connective thread between different episodes of violence in the last year motivated by anti-government grievances, including over COVID-19 restrictions, the 2020 election results and police use of force. The document singles out crimes motivated by racial or ethnic hatred, such as the 2019 rampage targeting Hispanics in El Paso, Texas, as well as the threat posed by extremists motivated by foreign terror groups.

A DHS statement that accompanied the bulletin noted the potential for violence from “a broad range of ideologically-motivated actors.”

“Information suggests that some ideologically-motivated violent extremists with objections to the exercise of governmental authority and the presidential transition, as well as other perceived grievances fueled by false narratives, could continue to mobilize to incite or commit violence,” the bulletin said.

The alert comes at a tense time following the riot at the Capitol by supporters of then-President Donald Trump seeking to overturn the presidential election. Authorities are concerned that extremists may attack other symbols of government or people whose political views they oppose.

“The domestic terrorism attack on our Capitol earlier this month shined a light on a threat that has been right in front of our faces for years,” said Rep. Bennie Thompson, a Mississippi Democrat and chairman of the House Homeland Security Committee. “I am glad to see that DHS fully recognizes the threat posed by violent, right-wing extremists and is taking efforts to communicate that threat to the American people.”

The alert was issued by acting Homeland Security Secretary David Pekoske. Biden’s nominee for the Cabinet post, Alejandro Mayorkas, has not been confirmed by the Senate.

Two former homeland security secretaries, Michael Chertoff and Janet Napolitano, called on the Senate to confirm Mayorkas so he can start working with the FBI and other agencies and deal with the threat posed by domestic extremists, among other issues.

Chertoff, who served under President George W. Bush, said attacks by far-right, domestic extremists are not new but that deaths attributed to them in recent years in the U.S. have exceeded those linked to jihadists such as al-Qaida. “We have to be candid and face what the real risk is,” he said in a conference call with reporters.

Federal authorities have charged more than 150 people in the Capitol siege, including some with links to right-wing extremist groups such as the Three Percenters and the Oath Keepers.

The Justice Department announced charges Wednesday against 43-year Ian Rogers, a California man found with five pipe bombs during a search of his business this month who had a sticker associated with the Three Percenters on his vehicle. His lawyer told his hometown newspaper, The Napa Valley Register, that he is a “very well-respected small business owner, father, and family man” who does not belong to any violent organizations. 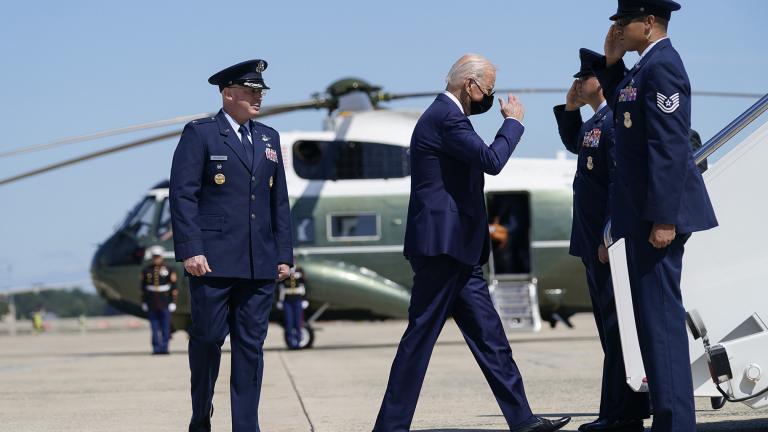 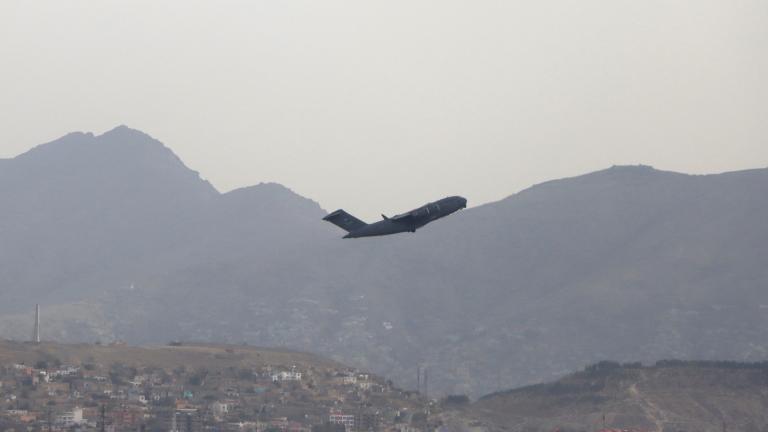