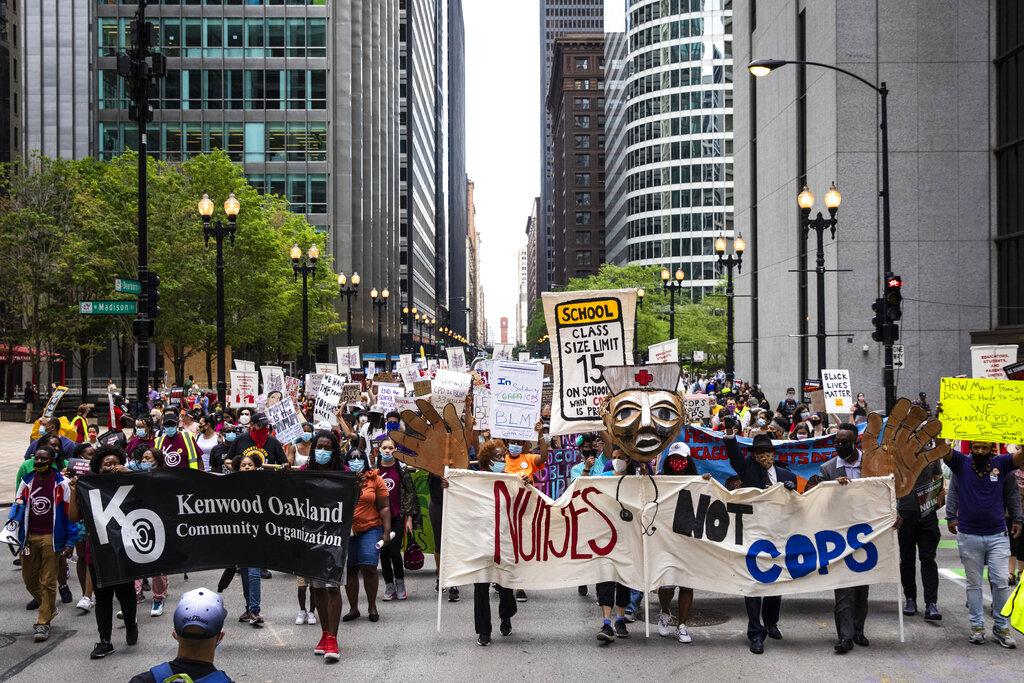 CHICAGO (AP) — The Chicago Teachers Union said Sunday that its members voted to defy an order to return to the classroom over concerns about COVID-19, setting up a showdown with district officials who have said that refusing to return when ordered would amount to an illegal strike.

Chicago Public Schools, which is the nation’s third-largest district, wanted roughly 10,000 kindergarten through eighth grade teachers and other staffers to return to school Monday to get ready to welcome back roughly 70,000 students for part-time in-school classes starting Feb. 1. No return date has been set for high school students.

The teachers union, though, opposes the plan over concern for the health of its members and called on them to continue teaching from home in defiance of the district’s plan. The union said the district’s safety plan falls short and that before teachers can return safely to schools, vaccinations would have to be more widespread and different metrics to measure infections would need to be in place.

The two sides have been negotiating for months and talks continued after the result of the vote was announced in the hopes of reaching a deal.

CPS officials said Sunday that they had agreed to delay the teachers’ return for two days to give the sides more time to negotiate. But they said K-8 teachers would still be expected to resume in-person instruction on Feb. 1.

“We now agree on far more than we disagree, but our discussions remain ongoing, and additional time is needed to reach a resolution,” the district’s CEO, Janice Jackson, said in a statement.

School officials have argued that remote learning isn’t working for all students, including many low income and Black and Latino students who make up the majority of the district. The district’s safety plan includes thousands of air purifiers, more cleaning and a voluntary testing program

The roughly 355,000-student district, which turned to full-time online instruction last March because of the pandemic, has gradually welcomed students back. Thousands of pre-kindergarten and special education resumed in-person learning earlier this month and teachers who didn’t return to their classrooms were punished. 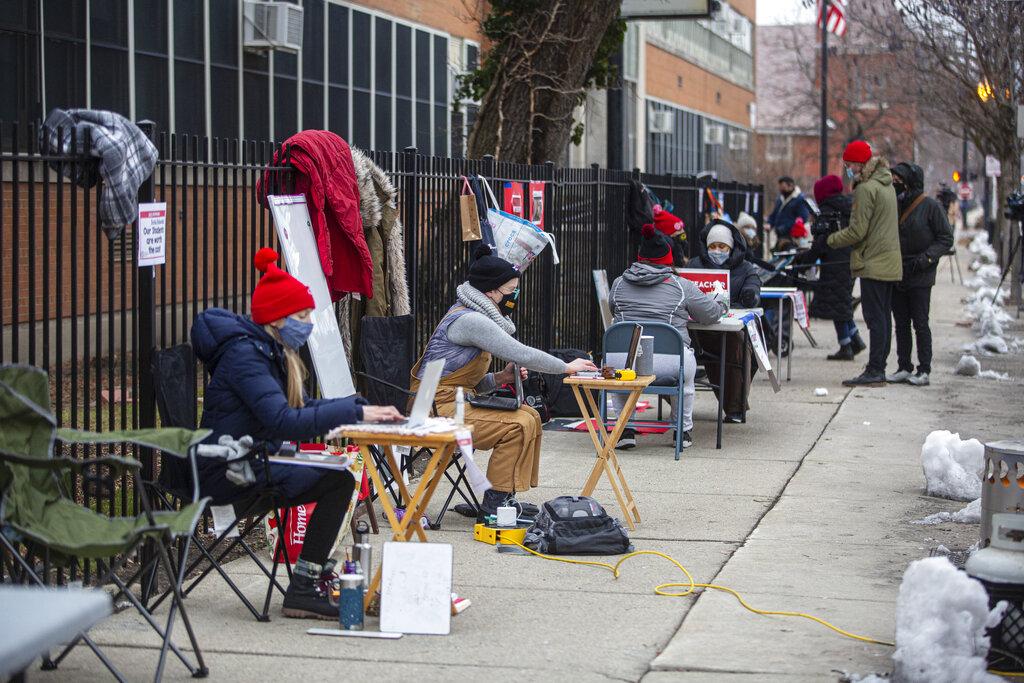 In this Monday, Jan. 11, 2021 file photo, elementary teachers prepare their desks and laptops for a virtual class outside of Suder Montessori Magnet Elementary School in Chicago. (Anthony Vazquez / Chicago Sun-Times via AP, File)

The union has also argued that schools don’t need to be fully staffed with lower-than-expected attendance.

The union’s collective bargaining agreement, which was approved after a 2019 strike, prohibits its roughly 25,000 members from striking and bars district officials from locking them out. District officials have said a union vote to disobey the order to return to schools on Monday would violate the contract.

Union officials, though, say returning to in-person instruction before its members are vaccinated and without other safeguards in place would put them at greater risk of contracting the virus. They argue that if the district tries to punish teachers for staying home Monday, then the district would be responsible for a work stoppage.

Illinois on Monday is scheduled start the next phase of its vaccination plan, which expands eligibility to teachers and people ages 65 and older. The district on Friday said it would begin vaccinating teachers and staff starting in mid-February and that the process would take months.

The Chicago vote comes at a time of great uncertainty in the U.S. about how and when schools should resume in-person instruction.

President Joe Biden has pledged  to have a majority of schools reopened within his first 100 days in office. He is promising new federal guidelines on school opening decisions, and a “large-scale” Education Department effort to identify and share the best ways to teach during a pandemic.