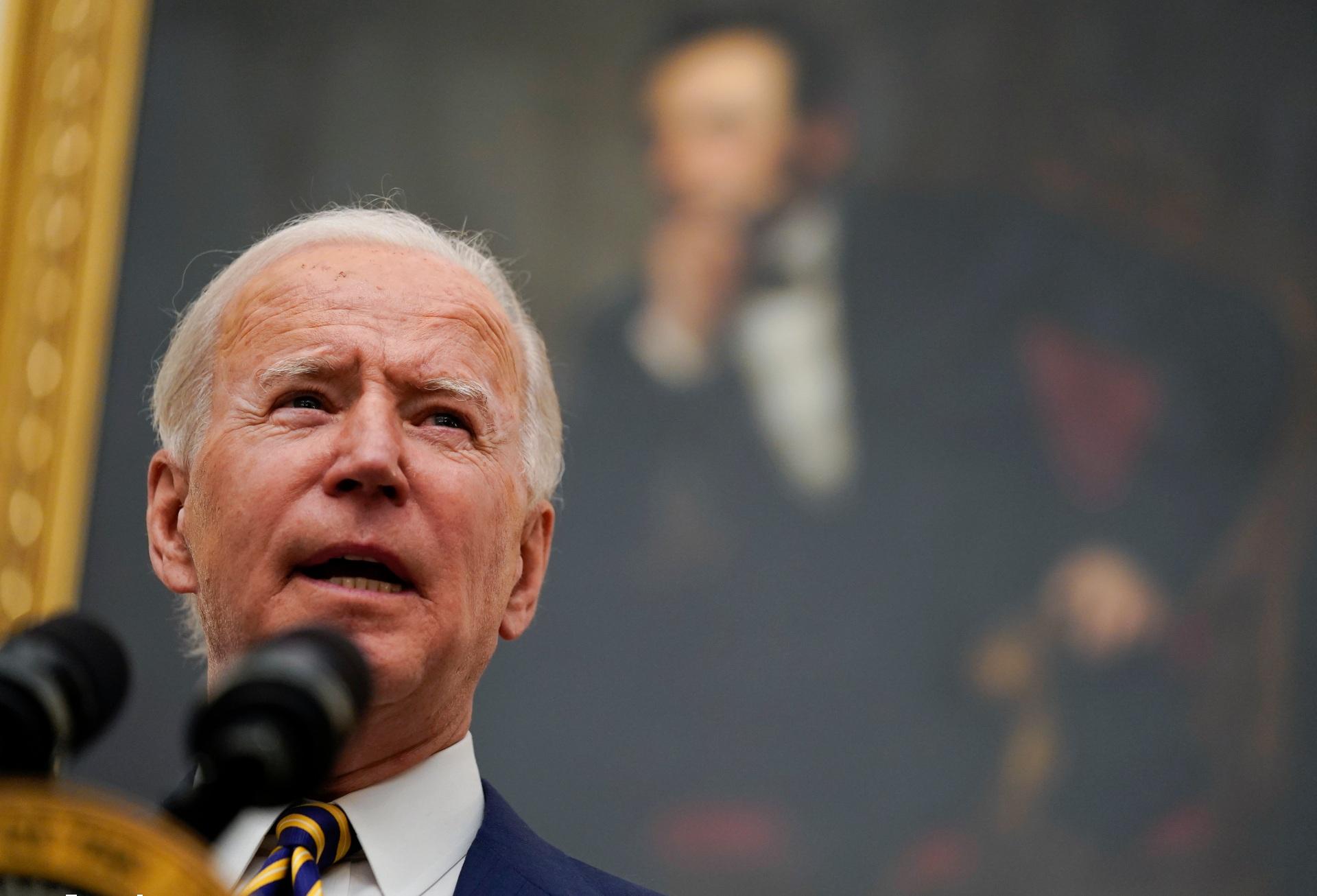 BALTIMORE (AP) — President Joe Biden took executive action Friday to speed a stopgap measure of financial relief to millions of Americans affected by the coronavirus pandemic while Congress begins to consider his much larger $1.9 trillion package.

The two executive orders that Biden signed would increase food aid, protect job seekers on unemployment and clear a path for federal workers and contractors to get a $15 hourly minimum wage.

“This can help tens of millions of families — especially those who cannot provide meals for their kids,” Biden said. “A lot of Americans are hurting. The virus is surging. ... No matter how you look at it, we need to act.”

Biden described the pandemic situation in the U.S. as bleak, saying the virus could not be stopped in the next several months and predicting that well over 600,000 would die. The nation’s death toll has just passed 400,000.

The administration has emphasized the orders are not substitutes for the additional stimulus that Biden says is needed beyond the $4 trillion in aid that has already been approved, including $900 billion this past December. Several Republican lawmakers have voiced opposition to provisions in Biden’s plan for direct payments to individuals, state and local government aid and a $15 hourly minimum wage nationwide.

Most economists believe the United States can rebound with strength once people are vaccinated from the coronavirus, but the situation is still dire as the disease has closed businesses and schools. Nearly 10 million jobs have been lost since last February, and nearly 30 million households lack secure access to food.

One of Biden’s orders asks the Agriculture Department to consider adjusting the rules for food assistance, so that the government could be obligated to provide more money to the hungry.

Children who are unable to get school meals because of remote learning could receive a 15% increase in food aid, according to a fact sheet provided by the White House. The lowest-income households could qualify for the emergency benefits from the Supplemental Nutrition Assistance Program. And the formula for calculating meal costs could become more generous.

The order also tries to make it easier for people to claim direct payments from prior aid packages and other benefits. In addition, it would create a guarantee that workers could still collect unemployment benefits if they refuse to take a job that could jeopardize their health.

Biden’s second executive order would restore union bargaining rights revoked by the Trump administration, protect the civil service system and promote a $15 hourly minimum wage for all federal workers. The Democratic president also plans to start a 100-day process for the federal government to require its contractors to pay at least $15 an hour and provide emergency paid leave to workers, which could put pressure on other private employers to boost their wages and benefits.

These orders arrive as the Biden White House has declined to provide a timeline for getting its proposed relief package through, saying that officials are beginning to schedule meetings with lawmakers to discuss the proposal.

White House press secretary Jen Psaki said at a Thursday briefing that the proposal has support ranging from democratic socialist Sen. Bernie Sanders to the U.S. Chamber of Commerce.

But not all components of the package are popular among Republicans, and that could delay passage in ways that could injure the economy. Psaki stressed that Biden wants any deal to be bipartisan and that the process of meeting with lawmakers to talk through the plan is just beginning.

Biden must balance the need for immediate aid against the risk of prolonged negotiations. Psaki told ABC’s “Good Morning America” on Friday that Biden is “not going to take tools off the table” as he looks to bring Republicans to the table, and she argued that the back-and-forth is “exactly how it should work.”

“We’ll figure out what the sausage looks like when it comes out of the machine,” she said.

Neil Bradley, chief policy officer at the Chamber, told reporters Thursday that Congress should act fast to approve the roughly $400 billion for national vaccination and reopening schools and other elements of the plan with bipartisan support, rather than drag out negotiations.

“We’re not going to let areas of disagreement prevent progress on areas where we can find common ground,” Bradley said. “We cannot afford six months to get the vaccination process working right. ... We can’t even wait six weeks to get vaccinations distributed and schools reopened.”