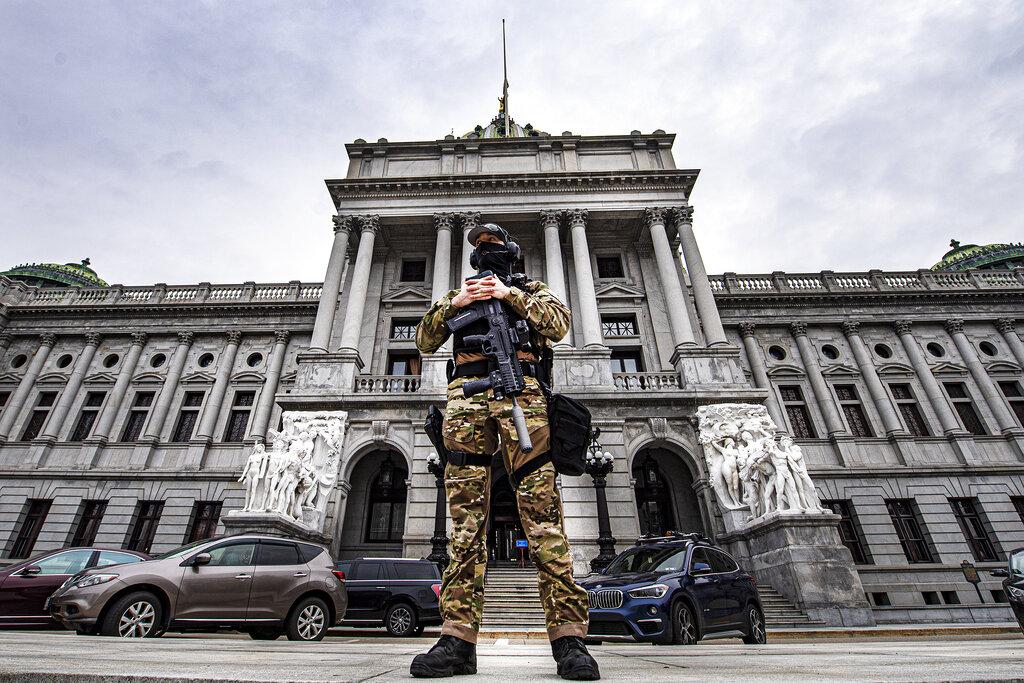 NEW YORK (AP) — While monitoring online chatter about protests at state capitols in advance of next week’s presidential inauguration, the Seattle Times came across a chilling description for journalists: soft targets.

The phrase drove home the importance of safety precautions being put in place by news organizations across the country this weekend, including those planned by Times managing editor Ray Rivera and his colleagues.

“This is scary territory,” Rivera said. “I don’t want to overstate this, but there is always the concern. It’s hard to know how much of this is rhetoric or bombast, but it’s easy for me to think that some person is going to take those messages seriously and do something.”

At Capitols across the country, National Guard troops are being called up, fences built, windows boarded up and employees warned to stay away. No one wants to see repeats of the siege at the U.S. Capitol last week, and no one wants to be caught flat-footed.

Video of journalists being roughed up is fresh in mind, along with graffiti scrawled on the Capitol saying “Murder the media.”

Reporters at the Minneapolis Star Tribune went through a harrowing summer of covering civil unrest following the death of George Floyd, with some shot by rubber bullets, tear-gassed or detained by police. The current situation is different, said Suki Dardarian, the Star Tribune’s vice president and managing editor.

“The protest this summer was targeted at the system,” she said. “The risk to us was as bystanders. There were a few people who didn’t like us, but it wasn’t an anti-media situation. In this case, people are inflamed not just against the government but the media.”

A “Storm the Capitol” rally in St. Paul, Minnesota last week shifted to the residence of Gov. Tim Walz, who said state troopers had to hustle his 14-year-old son to safety.

Gas masks and bullet-proof vests are being provided to Star Tribune journalists assigned to cover upcoming rallies, and they will be watched by security hired by the newspaper. The experience of last summer helps in planning; without it, Dardarian said she didn’t know whether the vests would have been ordered.

“It did help us think more clearly and more strategically about what we needed to do, and to take it seriously,” she said.

While demonstrations are not expected everywhere, The Associated Press is prepared to cover Capitols in all 50 states, said Brian Carovillano, the organization’s vice president and managing editor.

“We’re not commenting on specific security precautions, other than to say the safety of our journalists is our No. 1 priority,” he said. “We’re drawing on the expertise of a lot of people who have a lot of experience covering difficult and sometimes scary situations.”

Most organizations stress the importance of teamwork, so journalists who are working are accompanied by someone responsible for looking around them for potential danger. Plans include escape routes and regular check-ins with editors.

“If you go out to these demonstrations alone, that’s a bad decision,” said Connor Radnovich of the Statesman Journal in Salem, Oregon.

Radnovich will cover demonstrations at Oregon’s statehouse, bringing a significant advantage to the job. His hobby is self-defense, and he’s been trained to recognize the signs that someone is about to get violent.

In many war zones, journalists make sure they are clearly identified as press so they are not mistaken for enemy combatants. It’s a trickier call at demonstrations where some participants consider the press itself the enemy.

Tim Lambert, news director at WITF-FM in Harrisburg, Pennsylvania, said that instead of wearing a lanyard or outward identifier, his reporter will carry a press pass in a pocket that can be easily reached. In Pennsylvania, where Joe Biden’s narrow win essentially gave him the presidency, state employees at the Capitol are advised to take next Tuesday and Wednesday off.

“We didn’t go as far as protective plates or bullet-proof vests,” Lambert said. “We will revisit that if things go south.”

A six-foot fence has been installed around the State Capitol in Lansing, Michigan. The state has been a hotbed of activity by anti-government extremists, and six men unhappy with coronavirus restrictions put in place by Gov. Gretchen Whitmer were charged in a plot to kidnap her.

The Michigan Press Association has arranged for a safe spot within sight of the Capitol if reporters need to retreat to cover any unrest from indoors, spokeswoman Lisa McGraw said.

The AP learned firsthand at the U.S. Capitol of the dangers. Some of the company’s equipment was stolen and vandalized, and photographer John Minchillo was roughed up by demonstrators before being pulled to safety. Minchillo went back to work, and photographer Scott Applewhite stayed on duty in the House chamber despite being told to evacuate.

“It’s the AP’s mission to be there and bear witness when others can’t be there,” Carovillano said. “That’s basically our whole reason for existence.”

For the most part, news organizations don’t have trouble finding people for dangerous assignments. It’s the job of managers to assess the risks.

John Hiner, vice president of content for MLive, a digital-first operation affiliated with eight newspapers in Michigan, said he’s never seen a time with this much hostility toward journalists. Some of his reporters have received death threats.

“Frankly, it’s discouraging,” Hiner said. “But it does not discourage our commitment to do what we are doing for democracy. If anything, it’s heightened our sense that what we do is important.

“I’m proud of my people, but I worry every single day.” 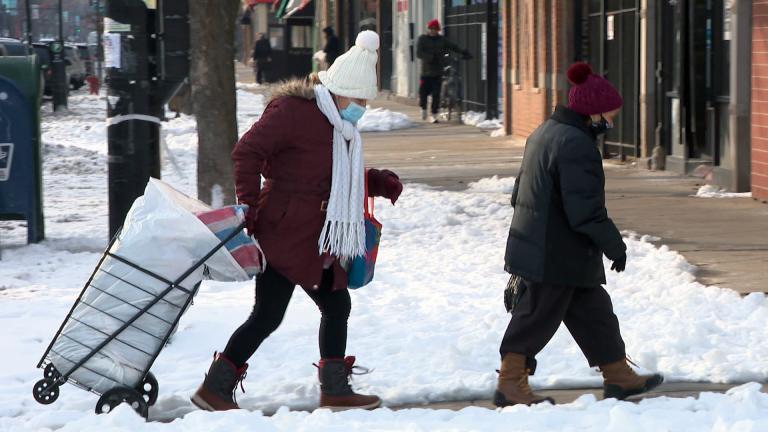