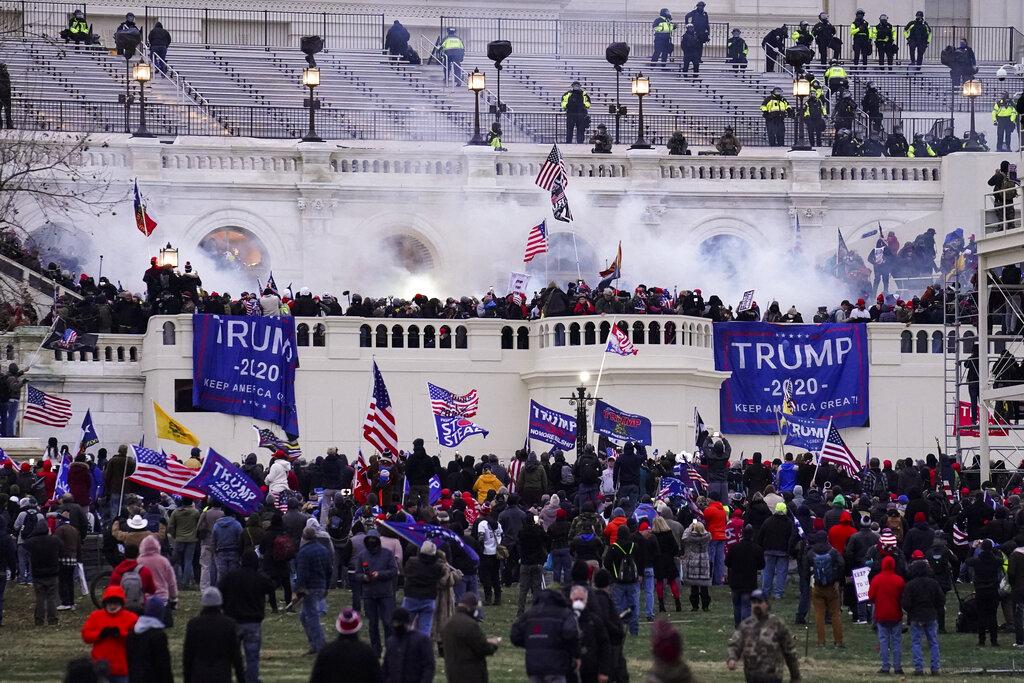 The remarks came in a motion prosecutors filed late Thursday in the case against Jacob Chansley, the Arizona man who took part in the insurrection while sporting face paint, no shirt and a furry hat with horns.

Prosecutors say that after Chansley climbed up to the dais where Vice President Mike Pence had been presiding moments earlier, Chansley wrote a threatening note to Pence that said: “It’s only a matter of time, justice is coming.”

Pence and other congressional leaders had been ushered out of the chamber by the Secret Service and U.S. Capitol Police before the rioters stormed into the room.

“Strong evidence, including Chansley’s own words and actions at the Capitol, supports that the intent of the Capitol rioters was to capture and assassinate elected officials in the United States Government,” prosecutors wrote in their memo urging the judge to keep Chansley behind bars. 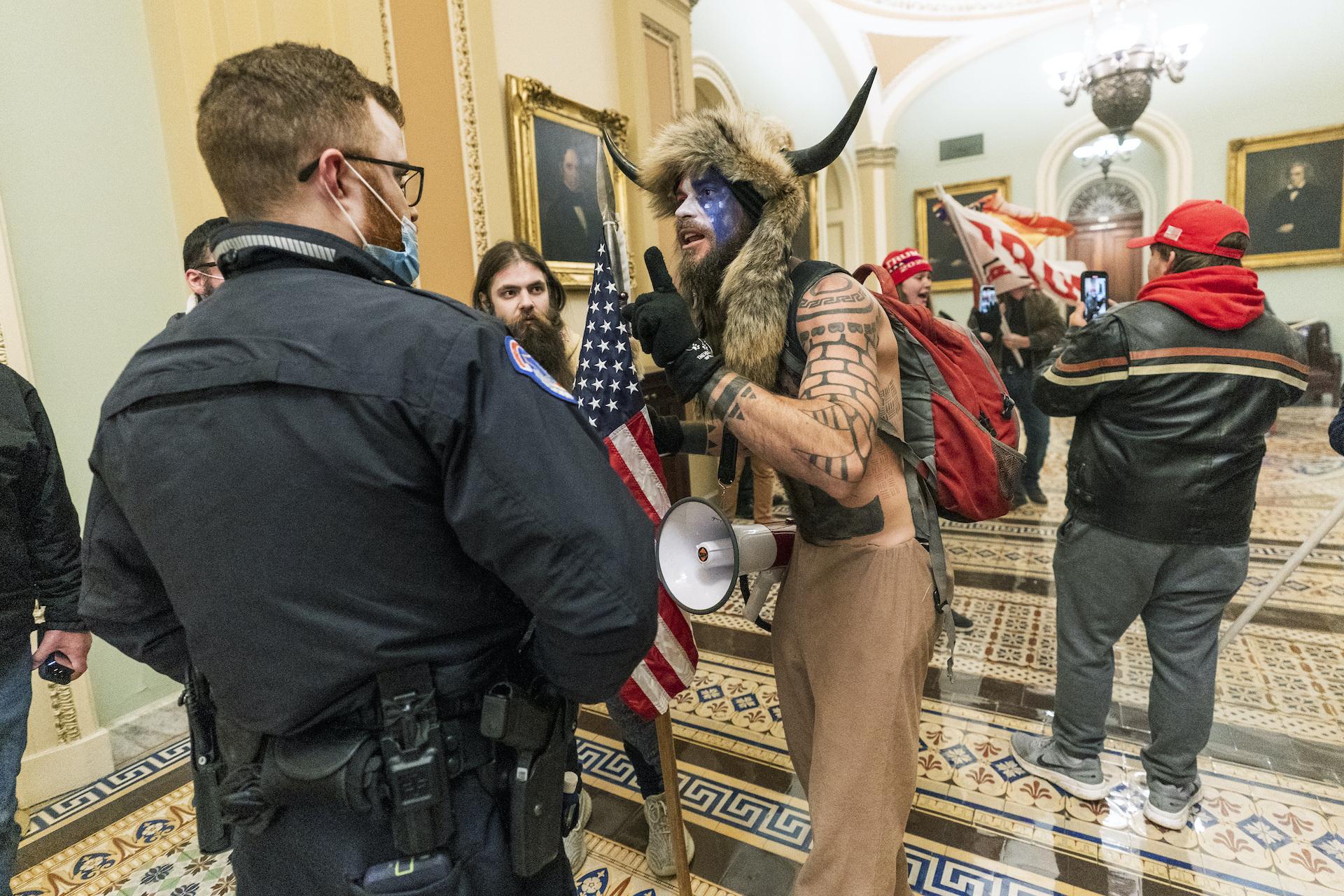 In this Jan. 6, 2021, file photo supporters of President Donald Trump are confronted by U.S. Capitol Police officers outside the Senate Chamber inside the Capitol in Washington. An Arizona man seen in photos and video of the mob wearing a fur hat with horns was also charged Saturday in Wednesday's chaos. Jacob Anthony Chansley, who also goes by the name Jake Angeli, was taken into custody Saturday, Jan. 9. (AP Photo/Manuel Balce Ceneta, File)

The FBI has been investigating whether any of the rioters had plots to kidnap members of Congress and hold them hostage, focusing particularly on the men seen carrying plastic zip tie handcuffs and pepper spray. Prosecutors raised a similar prospect on Friday in the case of a former Air Force officer who they alleged carried plastic zip-tie handcuffs because he intended “to take hostages.” But so far, the Justice Department has not publicly released any specific evidence on the plots or explained how the rioters planned to carry them out.

Chansley, who calls himself the “QAnon Shaman” and has long been a fixture at Trump rallies, surrendered to the FBI field office in Phoenix on Saturday. News photos show him at the riot shirtless, with his face painted and wearing a fur hat with horns, carrying a U.S. flag attached to a wooden pole topped with a spear.

QAnon is an apocalyptic and convoluted conspiracy theory spread largely through the internet and promoted by some right-wing extremists.

Chansley told investigators he came to the Capitol “at the request of the president that all ‘patriots’ come to D.C. on January 6, 2021.”

An indictment unsealed Tuesday in Washington him with civil disorder, obstruction of an official proceeding, disorderly conduct in a restricted building, and demonstrating in a Capitol building.