Just over one year ago, the gene sequence of the virus that causes COVID-19 was first published by Chinese researchers.

That publication sparked a global race to develop vaccines to curb the rapidly spreading coronavirus which was first reported in the United States on Jan. 21, 2020.

Since then, multiple vaccines have been developed faster than ever before and are beginning to be distributed to bring the pandemic under control. Much of the groundwork to enable that rapid vaccine development was done just outside of Chicago at Argonne National Laboratory.

Key to that work has been Argonne’s Advanced Photon Source, or APS.

Dr. Stephen Streiffer is the deputy laboratory director for science and the director of the Advanced Photon Source at Argonne National Laboratory. He is also one of the co-leads of the COVID-19 response group for the Department of Energy.

“The APS is effectively a big X-ray microscope that allows us to look at both the atomic structure of the proteins that make up the virus and the proteins that the virus uses in its interactions with the human body and its infection of the human body,” said Streiffer. “If you think of that process as a lock and key mechanism where the proteins have to essentially fit together in a (certain) way to function — what we can do with that atomic structure is reverse-engineer that to produce medical therapies.” 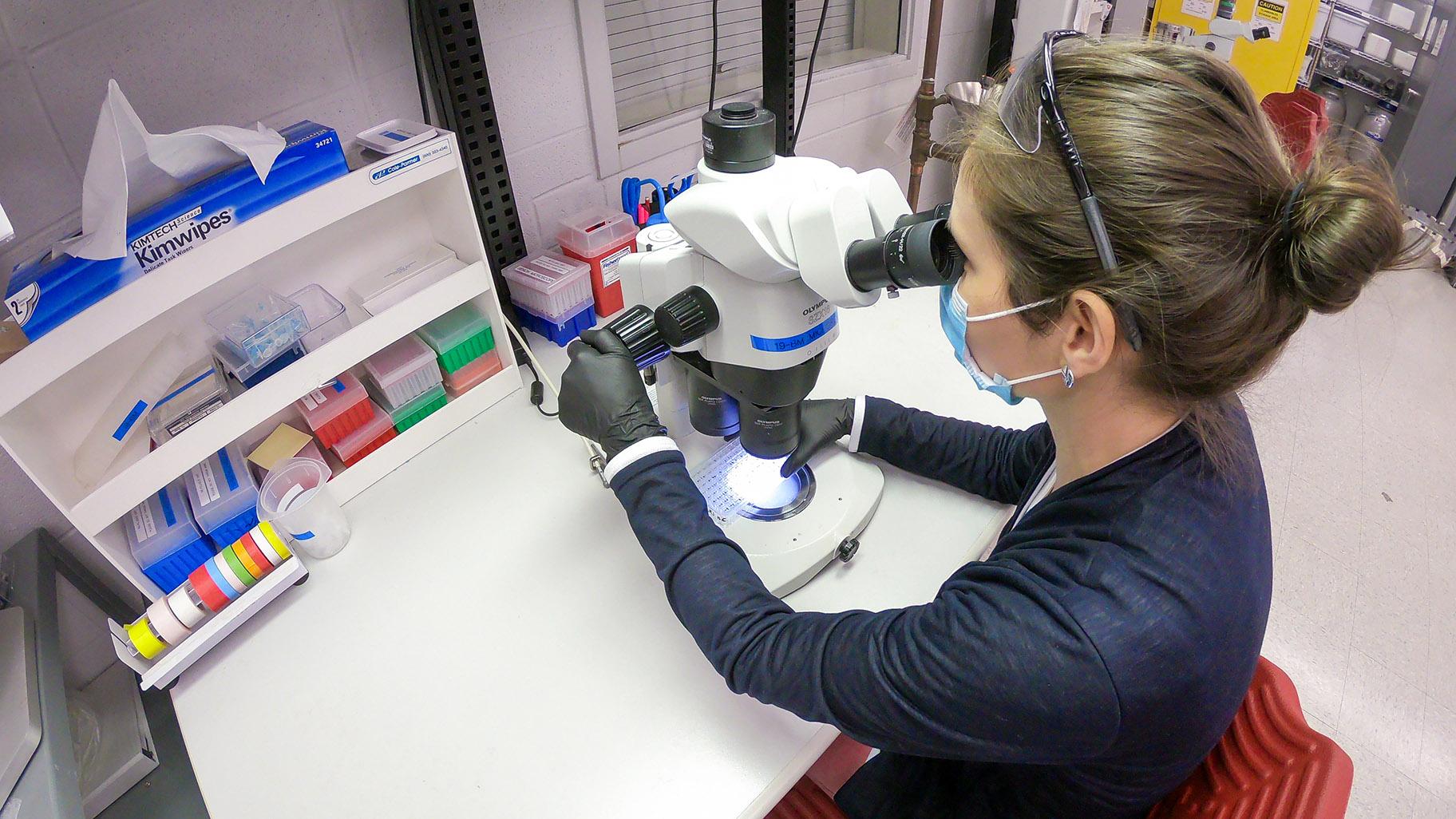 Streiffer says research at Argonne since the early 2000s on other viruses helped with the quick response to the coronavirus threat.

Researchers from the National Institutes of Health had zeroed in on the importance of so-called “spike proteins” — the mechanism that enables viruses to attach to and infect cells.

“What they were able to do was show that there was a particular point in the infection cycle where basically the spike protein changed its atomic shape, going from a pre-infection state to the point that it latched onto the human cells,” said Streiffer. “And that was very important in understanding how to develop a vaccine.”

Researchers “knew not only that the spike protein was the lock they needed to gum-up, but they knew what approaches were most likely to gum-up that lock,” said Streiffer.

Most importantly, they learned that the key to developing an effective vaccine was creating antibodies that targeted the spike protein in its pre-infection state.

“That was a major breakthrough,” said Streiffer.

And researchers took that knowledge into the fight against COVID-19.

“They were very quickly able to take that decade of work … and literally in a matter of days and weeks translate that into the mRNA (messenger RNA) approach that was used specifically in the Moderna vaccine,” said Streiffer. “And that’s essentially the same approach that Pfizer has used.”

Argonne has also done work using supercomputers and artificial intelligence to help model the spread of the virus in Chicago under various scenarios to help guide the city and the state’s virus mitigation efforts. Researchers have created a virtual Chicago on a supercomputer in which “agents” or avatars can be used to model the spread of the virus under various scenarios and time periods.

“One of the things we are working on right now is what are the most effective ways in which we can vaccinate people to try and bring the pandemic to a conclusion as quickly as possible,” said Streiffer. “This is really a logistics problem: How do you get the available supply of vaccine into the most vulnerable as quickly as possible to limit the spread of the infection? Where do you target pharmacies and what parts of the city do you target for vaccine distribution to have the most impact?” 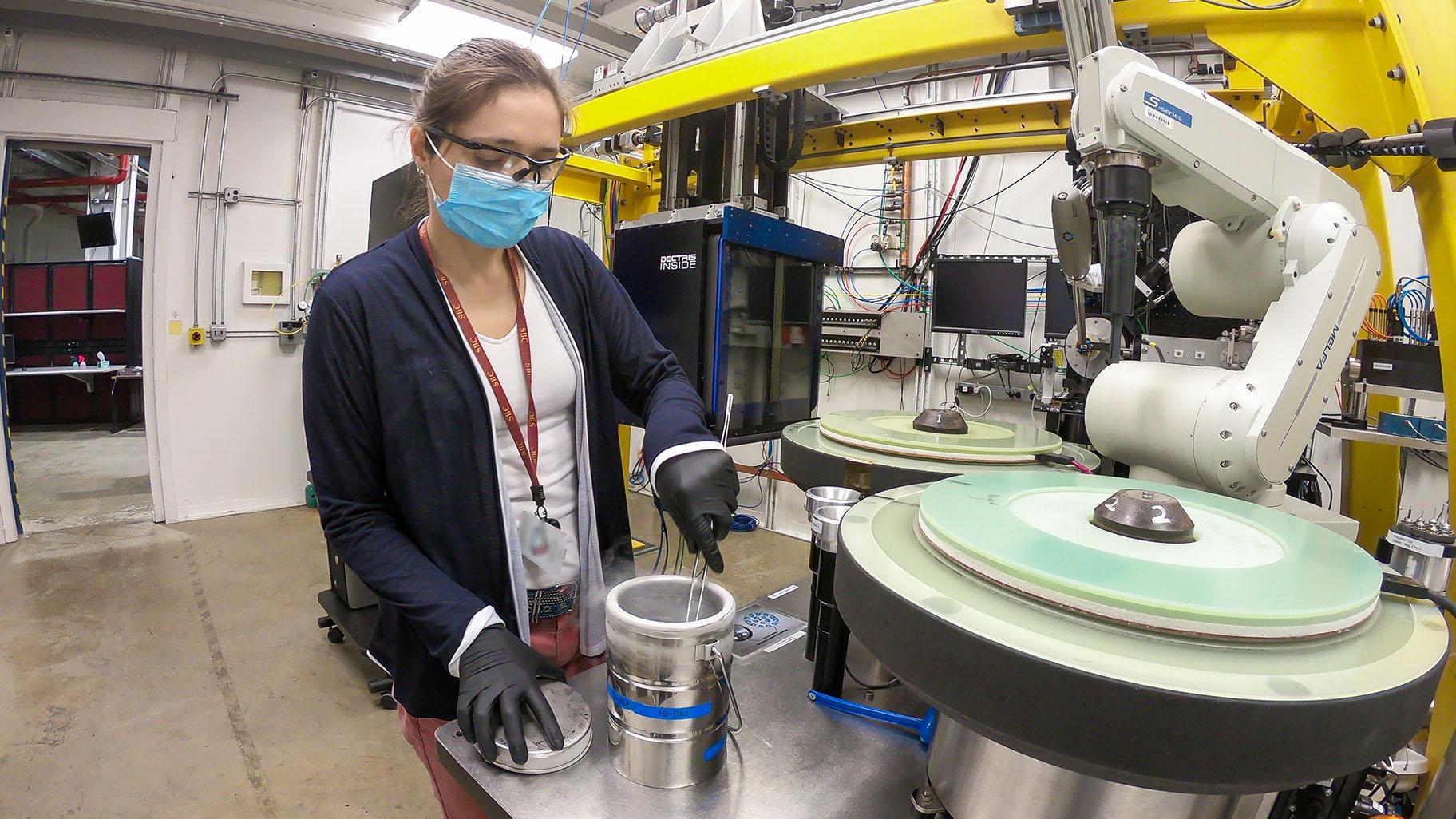 Streiffer said that the scientific consensus is that around 70% to 80% of the population will need to have been vaccinated or infected with the virus for the community to reach what is called “herd immunity” — the point at which the virus can no longer effectively spread. Once we reach that point, he said that a return to something like normality could quickly follow.

“In an ideal world it could be as quickly as two weeks,” said Streiffer.  “That’s actually been shown not only by modeling but empirically by research that has been done on university campuses.”
Argonne’s modeling of the virus’s spread has also helped inform the city’s policy on reopening schools for in-person learning. While the computer models suggest schools are not major vectors of virus transmission, Streiffer said that virus transmission is ultimately “a zero-sum game.”

“The best way to think about kids going back to school is that what we are trying to manage is the total transmission of the virus,” said Streiffer, who emphasized the importance of vaccinating teachers and other school workers.

“If we have kids go back to school, there is some limited transmission of the virus that results from that. You have to balance that against other mechanisms of transmission that we have — for instance, people congregating in restaurants,” said Streiffer. “It’s a zero-sum game. So, if you have kids go back to school you have to be more restrictive on other types of gatherings to prevent that from becoming a problem.”