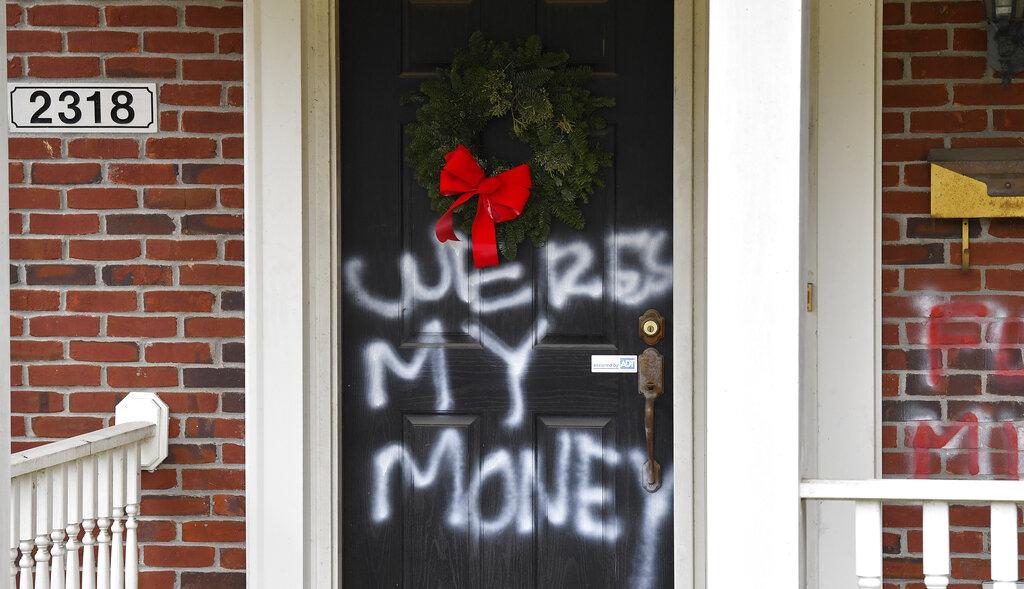 LOUISVILLE, Ky. (AP) — Vandals lashed out at the leaders of the U.S. House and Senate over the holiday weekend, blighting their homes with graffiti and in one case a pig’s head as Congress failed to approve an increase in the amount of money being sent to individuals to help cope with the coronavirus pandemic.

Spray paint on Senate Majority Leader Mitch McConnell’s door in Kentucky on Saturday read, “WERES MY MONEY.” “MITCH KILLS THE POOR” was scrawled over a window. A profanity directed at the Republican senator was painted under the mailbox.

At House Speaker Nancy Pelosi’s home in San Francisco, someone spray-painted graffiti and left a pig’s head and fake blood on New Year’s Day, police said. The vandalism was reported around 2 a.m. Friday, a police statement said, and a special investigations unit is trying to determine who did it.

KGO-TV reported that  graffiti found on the garage door of the Democratic leader’s home included the phrases “$2K,” “Cancel rent!” and “We want everything,” apparently referencing Democratic lawmakers’ failed efforts to increase the coronavirus relief checks from $600 to $2000.

McConnell released a statement on Saturday condemning the vandalism at his home in Louisville.

“I’ve spent my career fighting for the First Amendment and defending peaceful protest,” he stated. “I appreciate every Kentuckian who has engaged in the democratic process whether they agree with me or not. This is different. Vandalism and the politics of fear have no place in our society.”

McConnell said he and his wife are not intimidated by the vandalism. “We just hope our neighbors in Louisville aren’t too inconvenienced by this radical tantrum.”

Louisville police are investigating the incident at McConnell’s home, which occurred around 5 a.m. Saturday. There currently are no suspects, police spokesperson Dwight Mitchell said in an email.

On New Year’s Day, Senate Republicans refused to allow debate over a bill to increase the amount of COVID-19 relief. The increase, supported by President Donald Trump, passed the Democratic-led House but was blocked by McConnell.

The government has begun sending out the smaller payments to millions of Americans. The $600 payment is going to individuals with incomes up to $75,000. Congress approved the payment in late December. 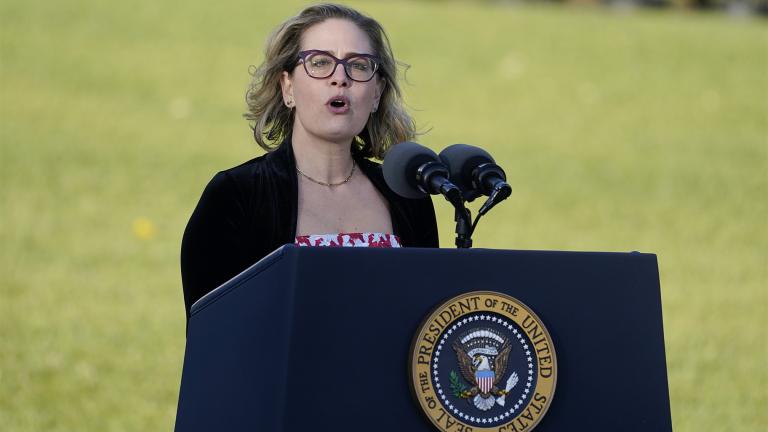 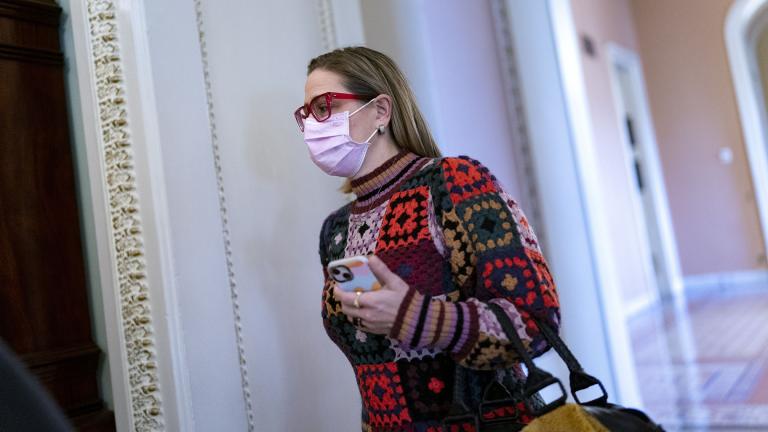 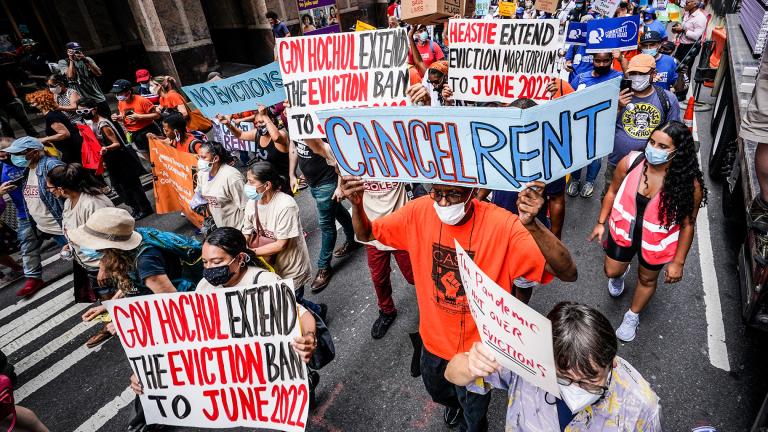 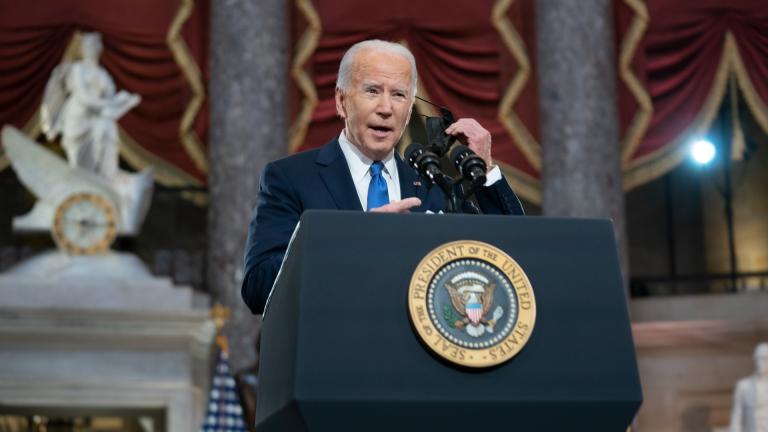