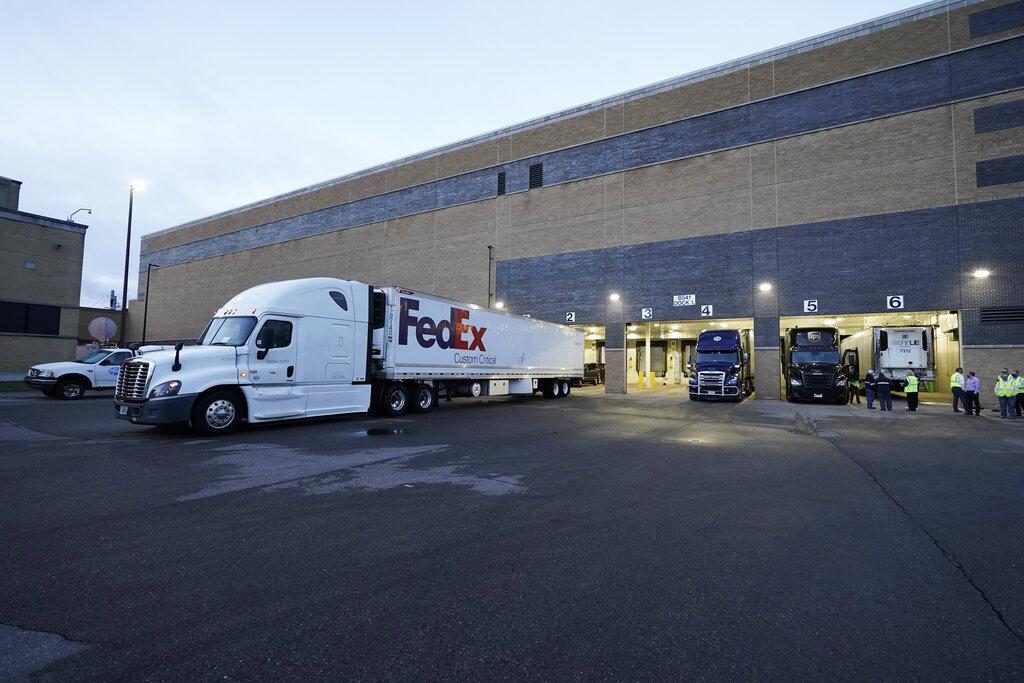 PORTAGE, Michigan (AP) — The first of many freezer-packed COVID-19 vaccine vials made their way to distribution sites across the United States on Sunday, as the nation’s pandemic deaths approached the horrifying new milestone of 300,000.

The rollout of the Pfizer vaccine, the first to be approved by the Food and Drug Administration, ushers in the biggest vaccination effort in U.S. history — one that health officials hope the American public will embrace, even as some have voiced initial skepticism or worry. Shots are expected to be given to health care workers and nursing home residents beginning Monday.

Quick transport is key for the vaccine, especially since this one must be stored at extremely low temperatures — about 94 degrees below zero. Early Sunday, workers at Pfizer — dressed in fluorescent yellow clothing, hard hats and gloves — wasted no time as they packed vials into boxes. They scanned the packages and then placed them into freezer cases with dry ice. The vaccines were then taken from Pfizer’s Portage, Michigan, facility to Gerald R. Ford International Airport in Grand Rapids, where the first cargo plane took off amid what airport officials called a “jubilant” mood.

“This is a historic day,” said Richard W. Smith, who oversees operations in the Americas for FedEx Express, which is delivering 630-some packages of vaccine to distribution sites across the country. United Parcel Service also is transporting a share of the vaccine.

Helping with the transport of the vaccine has special meaning to Bruce Smith, a FedEx package handler at the Grand Rapids airport, whose older sister, Queen, died after she contracted the coronavirus in May. She was hospitalized in Georgia one day after he saw her on a video chat, and they never spoke again.

“I think she would be ecstatic to know that something that has ravaged our family — that a family member is going to be part of such a big project,” said Smith, 58, whose nephew, Queen’s son, also got sick and is still undergoing therapy for stroke-like symptoms. “It is very, very important.” 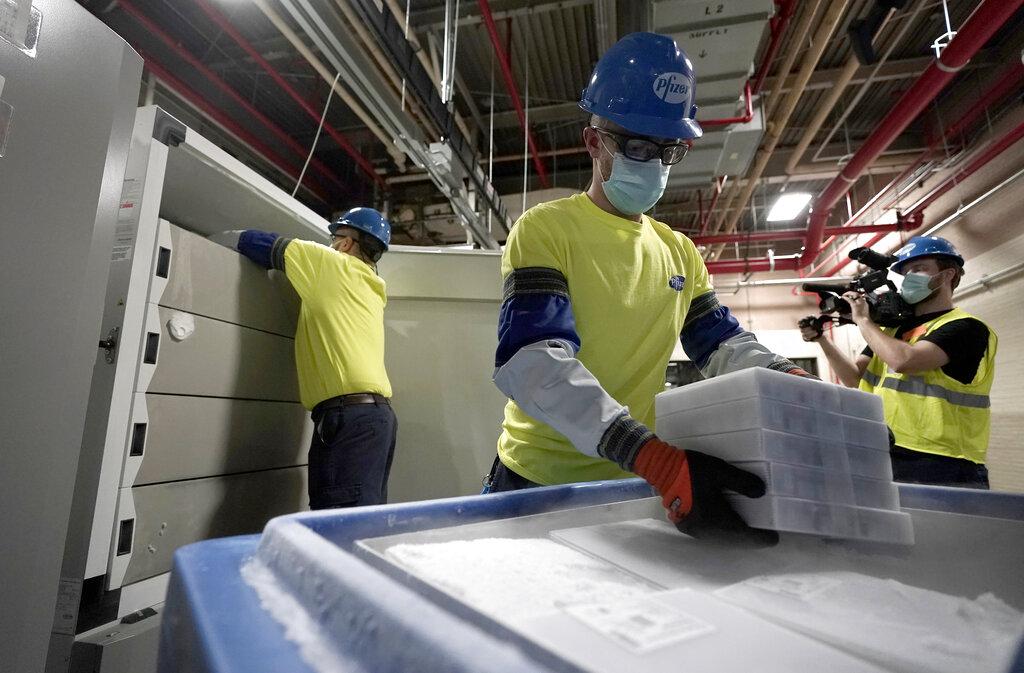 Tracked with GPS-enabled sensors, the initial shipments were expected to contain about 3 million doses, with many more to come. Federal officials say the first shipments of Pfizer’s vaccine will be staggered, arriving in 145 distribution centers Monday, with another 425 sites getting shipments Tuesday, and the remaining 66 on Wednesday. Doses of the vaccine, co-developed by German partner BioNTech, are given out based on each state’s adult population. Then the states decide where they go first.

In California, where health care workers will be among the first to be vaccinated, state health officials are prioritizing hospitals that have adequate storage capacity, serve high-risk populations and have the ability to vaccinate people quickly.

Initial surveys have found that even some health care workers don’t want to be first in line. Dr. Graham Snyder, who’s led the vaccine task force at Pennsylvania health care giant UPMC, estimates that about half of its employees are willing to get the vaccine as soon as it’s offered.

But many health officials expect enthusiasm to grow.

“There’s that thought that maybe they don’t have to be so afraid to come to work if they can be vaccinated and be immune,” said Dr. Sandra Kemmerly, medical director of hospital quality at the 40-hospital Oschner Health System in Louisiana and Mississippi. Employees approved for the first round are getting texts and emails directing them to schedule their initial injection, she said. Enough vaccine is being saved so that each person who gets the first dose of vaccine can get a second required shot a few weeks later.

Senior U.S. government officials, including some White House officials who work in close proximity to President Donald Trump and Vice President Mike Pence, are among those who will be offered coronavirus vaccines as soon as this week, two people familiar with the matter confirmed.

A survey from The Associated Press-NORC Center for Public Affairs Research found that about half of Americans want to get the vaccine as soon as possible. Another quarter aren’t sure, while the remaining quarter say they aren’t interested. Some simply oppose vaccines in general. Others are concerned that the vaccines have been rushed and want to see how the rollout goes.

Dr. Stephen Hahn, commissioner of the FDA, which approved the Pfizer vaccine Friday, has repeatedly insisted that the agency’s decision was based on science, not politics, despite a White House threat to fire him if the vaccine wasn’t approved before Saturday.

Speaking to Fox News Sunday, Dr. Moncef Slaoui, chief science adviser to Operation Warp Speed, a U.S. effort to get vaccines developed quickly, also said he is “very concerned” about the skepticism about the vaccine in some circles.

“Unfortunately … there’s been a confusion between how thorough and scientific and factual the work that has been done is, and the perception that people are thinking that we cut corners …,” Slaoui said. “I can guarantee you that no such things have happened, that we follow the science.”

He called the development of vaccines from several pharmaceutical companies, including Moderna and AstraZeneca, “a remarkable achievement of science, academia, the industry ecosystem and the U.S. government, working together.”

The Moderna vaccine will be reviewed by an expert panel Thursday and soon afterward could be allowed for public use.