Preckwinkle’s budget covers the shortfall — the largest in a decade — by taking $76.8 million from the county’s reserve funds, eliminating 659 vacant positions and using $50 million remaining from the relief package approved by the federal government in March.

The economic collapse caused by the coronavirus pandemic presented an “extraordinarily challenging” set of circumstances to the county’s finance team, Preckwinkle said Wednesday, adding that changes she has made over the past decade to improve the county’s financial condition made it possible to avoid tax hikes.

The county will save $61.3 million by eliminating vacant positions, a majority of the cuts proposed by Preckwinkle.

Cook County Chief Financial Officer Ammar Rizki said the decision to draw down the county’s reserve fund of approximately $400 million was made to “preserve vital services” including public safety programs.

Despite the economic catastrophe caused by the pandemic, county officials are counting on $27.7 million in new revenue. Approximately $23 million is expected to flow into the county’s coffers from Chicago’s Tax Increment Financing Districts after Mayor Lori Lightfoot reveals how much of those funds she will declare as surplus.

Preckwinkle’s spending plan does not call for a significant number of layoffs, but makes structural changes to the way the Cook County Health and Hospital System operates to close a $187 million gap.

The spending plan calls for $55 million in cuts, including 130 layoffs, officials said. The plan also relies on increasing revenues and reimbursements from the state and federal governments.

County officials expect its Medicaid service, known as CountyCare, to serve a growing number of patients in 2021, continuing a trend that began in the months after the recession caused by the pandemic resulted in job cuts and the loss of private health insurance for thousands of Chicagoans

The health and hospital system will add 142 employees, mostly at Stroger Hospital, to allow the Cook County Jail to accommodate detainees and maintain distancing requirements designed to stop the spread of COVID-19, officials said.

Preckwinkle said the disproportionate impact of the pandemic on Black and Latino residents of Cook County spurred her to redouble her commitment to funding efforts designed to increase racial equity.

The spending plan includes $350,000 to create an immigration unit in the office of the Cook County Public Defender to help those threatened with deportation as well as $850,000 to expand Cook County Chief Judge Tim Evans’ effort to create restorative justice courts throughout the county.

The initiative opened new courts in September in Avondale and Englewood to allow crime victims to address defendants in an effort to speed healing and prevent a cycle of violence from taking root.

In addition, the county budget earmarks $20 million during the next two years to fund the Justice Advisory Council, which funds programs designed to prevent recidivism and violence, officials said.

An additional $20 million will fund economic development initiatives designed to help small businesses, offer job training and provide housing, food and cash assistance to those who are struggling, officials said.

Another $40 million in 2021 will be used to fund mental health services in underserved communities, home to many Black and Latino residents, officials said.

That fulfills the commitment made by a majority of the Cook County Board of Commissioners in July in the wake of the social justice and anti-police brutality protests spurred by the death of George Floyd in Minneapolis police custody, Rizki said.

The resolution, authored by Commissioner Brandon Johnson (D-1), called on the county to “redirect money from the failed and racist systems of policing, criminalization, and incarceration” and reinvest the money in areas like “health care, economic development and housing assistance.”

In all, Preckwinkle’s plan calls for the county’s spending on public safety to drop 2.6%. However, the plan calls for a 5% cut to the economic development program.

In all, the proposal calls for the county to spend $573.2 million on the Cook County Sheriff’s Department.

Public hearings on the proposed budget are set to start Oct. 29, with the final approval of the budget set for Nov. 24. 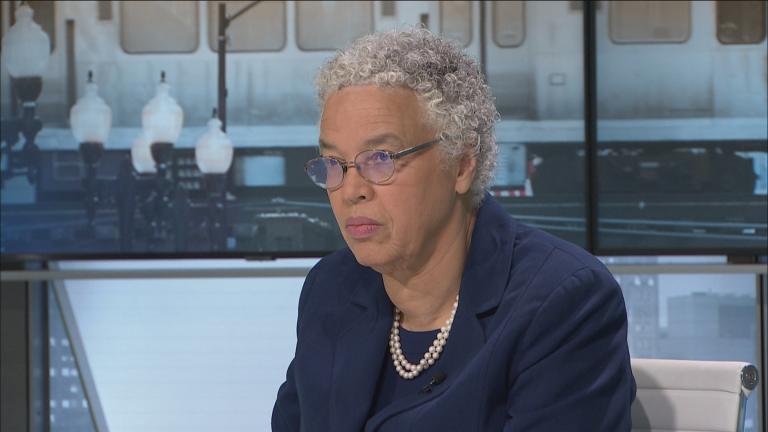