Chicago’s Once-Dominant Oak Trees Are in Trouble. Here’s How to Help 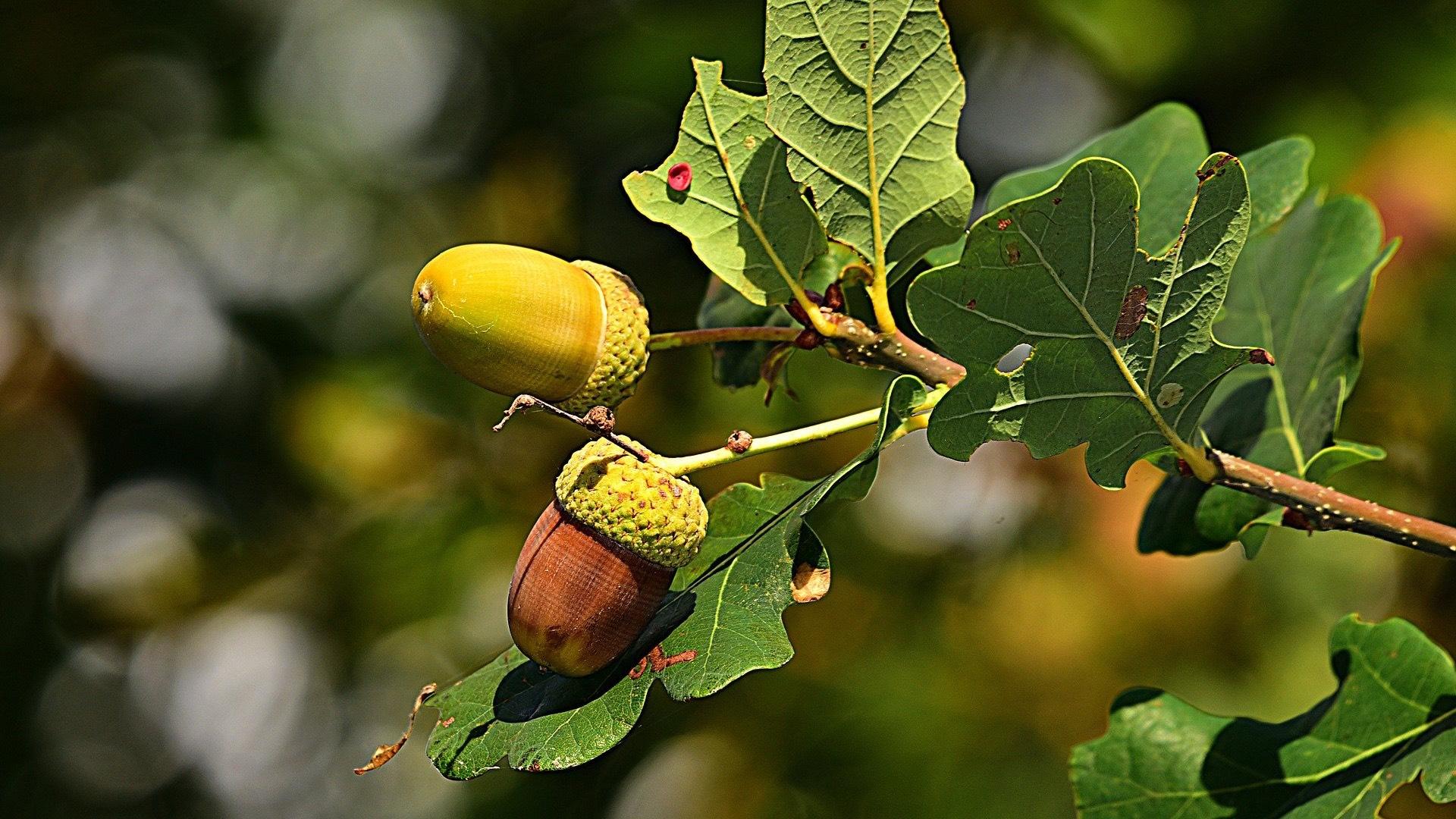 Oaks were once prevalent enough in Illinois to earn the designation of “state tree” (specifically the white oak).

Today, oaks have not only lost their dominant status, they’re fighting to remain rooted in Illinois, period. Out of concern for what the loss of oaks means for the local ecosystem, naturalists are promoting October as OAKtober, oak awareness month.

Numbers tell the story, as detailed in the Oak Ecosystem Recovery Plan prepared by the Morton Arboretum and Lake County Forest Preserve District for the USDA Forest Service and U.S. Fish & Wildlife Service.

The plan points to an 1830s public land survey, conducted at the time of Euro-American settlement of the Chicago region, which shows that oak ecosystems covered 1 million acres, or 22% of the total land area. A century later, a 1939 aerial survey showed that only 280,000 acres of the original oak ecosystem remained intact, the rest having been harvested for timber or cut down to make room for agriculture and people.

“What we do have left is very fragmented. So where we used to have these plots of 1,000 acres or 2,000 acres of oak woodlands, we now have little half-acre plots all over the region,” said Lydia Scott, director of the Chicago Region Trees Initiative.

The vast majority of these surviving groups are found on privately owned land, and the threat of development is ever-present.

“Where oaks exist, it’s often in what’s determined to be underdeveloped land, so that it’s not seen to have a purpose. We get phone calls almost every week from people in communities that are upset because some tract or some woodland of oaks in their community has been identified as a potential senior center or transfer facility or something like that,” Scott said. “The intrinsic value of oaks are not often recognized because economically we haven’t done a good job of showing the benefits they provide.”

Oaks are what’s known as a “keystone species,” ecologists’ term for species that hold an ecosystem together. Keystone trees are the species that other organisms rely on for food and shelter; remove them, and the ecosystem might not survive, or might be altered drastically in unanticipated ways.

Hundreds of species of birds, for example, specifically look for oaks during their migration, knowing the trees will be a reliable source of caterpillars and other insects for food, Scott said.

“(Oaks) also have this symbiotic relationship in the soil with mycorrhiza fungi that creates a whole dynamic of insects and arthropods and salamanders and herbaceous plants and things like that thrive in the eco-tone that oaks create,” she said.

Apart from these tangible benefits to the natural environment, there’s a philosophical argument to be made for preserving Chicago’s native oaks.

There are surviving oaks within the region’s forest preserves that were saplings when the Declaration of Independence was signed in 1776. The trees are older than the country itself, and a piece of national heritage worth protecting, said Scott.

“It’s a shame to see that disappear because we aren’t taking care of what we have.”

The Trouble With Oaks

Urban sprawl and agricultural use aren’t the only reasons oaks have disappeared from the landscape. Fire suppression is another.

Members of the indigenous tribes that lived in the Chicago region prior to White settlement managed the oak ecosystem by using periodic burns to clear out the understory. That gave oaks, which are fairly fire resistant, room to sprawl, plenty of sunshine (which they love), and fertile ground for their acorns to sprout.

A couple of centuries of fire suppression — not surprising for an area defined by its Great Fire — allowed maples, ash and basswood to encroach on oaks’ territory, creating a denser canopy cover that favors shade lovers. Bizarre occurrences, like the extinction of the passenger pigeon, also affected oaks. Millions of these birds would roost in trees, their weight creating openings for sunlight in the canopy.

Add in the introduction of an aggressive invasive species like buckthorn, on top of the loss of grazing animals like bison and elk from the area, and oaks have faced a perfect storm of inhospitable conditions.

How To Save Them

The Oak Ecosystem Recovery Plan lays out a number of ways people can reverse oaks’ decline.

First: “If you have buckthorn, get rid of it,” said Scott, adding that the Chicago Region Trees Initiative has created a list of “healthy hedges” that people could plant in lieu of buckthorn.

Not only does the shrub outcompete natives, she said, it creates soil conditions that are unfavorable to acorns, and lack of regeneration is perhaps the most pressing issue when it comes to oaks. Those 200-year-old remnant oaks are majestic, but they’re not being joined or replaced by younger oaks, which portends a looming precipitous decline.

Second: If you’re in a position to plant a tree, choose an oak, Scott said. If you’ve got space, by all means, go for a bur oak, but a black oak would do well in a parkway. (The Forest Service has compiled a field guide on all oaks native to the eastern U.S.)

Homeowners tend to dismiss oaks because they think they’re too massive for an urban or suburban setting — which in turn leads to nurseries not growing or stocking them — but that’s a misconception, she said.

“They can be when they’re open-grown, but when they’re grown in yards they sort of self-prune themselves; their branches grow shorter distances because of lack of sunlight,” said Scott.

Finally, everyone can be an advocate for oaks, either with elected officials or among friends and family, Scott said.

Though OAKtober has been scaled back in 2020 due to the coronavirus pandemic, a number of virtual and in-person events have been scheduled (click here) to increase awareness about oaks’ ecological and historical significance.

Tree-mendous Tree Stories, a collaboration between the Morton Arboretum and Openlands, is collecting stories about oaks this month. Visit the website to share your tale or to read others’, like the one about the giant oak that turned out to be two trees bonded together. Or the bur oak, grown from an acorn gathered from Texas that’s been trained to act like a northerner.

Here’s a story from Scott: “My mother came out, she’s from Idaho, which, interestingly enough, Idaho doesn’t have a native oak species, it’s the only state in the continental U.S. that doesn’t. She picked up a bunch of acorns and took them home with her in her pocket, and the next spring, when she went to put on that jacket, one of them had actually sprouted inside of her pocket.”