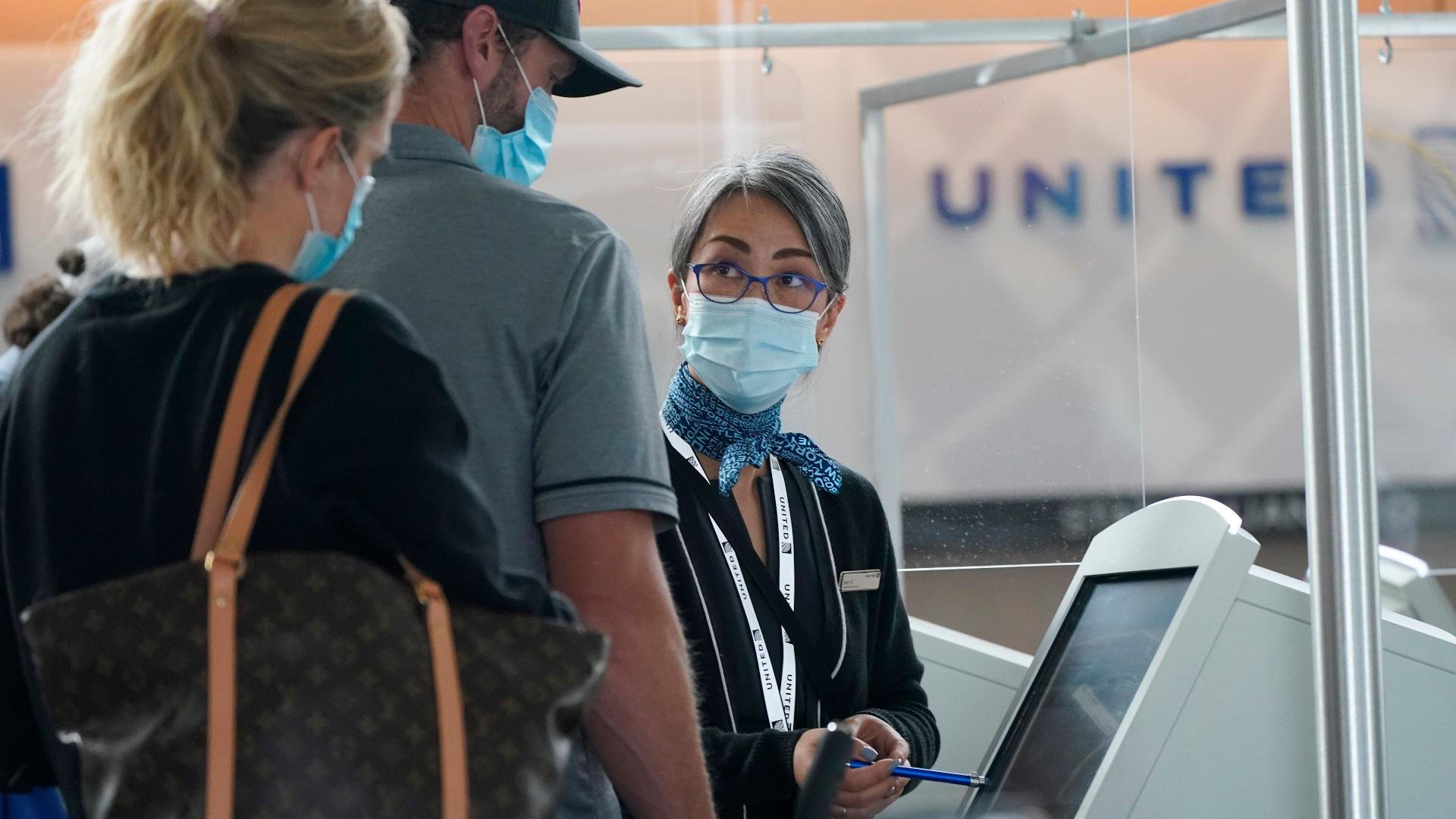 Travelers check in at a United Airlines kiosk with help from a United employee in the main terminal of Denver International Airport Thursday, Oct. 1, 2020, in Denver. (AP Photo / David Zalubowski)

A proposal by House Democrats to give the airline industry $28.8 billion to avert thousands of furloughs failed to advance on Friday, marking a fresh setback for airlines struggling with a massive downturn in travel during the pandemic.

Rep. Peter DeFazio, D-Ore., accused Republicans of blocking him from bringing the measure to the House floor under special rules that require unanimous agreement of the lawmakers.

American Airlines and United Airlines held back, however, saying they would wait for Congress to approve the money before recalling furloughed workers.

Messages left with two spokespeople for the House Republican leadership were not immediately returned.

The standoff appeared to end until next week any chance of more payroll aid for the carriers. The airlines and their unions are seeking more taxpayer money to prevent furloughs through next March.

Congress approved $25 billion in payroll aid six months ago in hopes that the travel industry might be stronger by fall. The money and an accompanying ban on layoffs expired Thursday.

There is widespread support in Congress for giving the airlines another $25 billion, but the plan bogged down as congressional Democrats and the White House failed to agree on a larger pandemic-relief measure. Until Friday, lawmakers avoided trying to give money to just one industry while others are struggling and laying off workers, including hotels, restaurants and retail stores.

DeFazio, who chairs the House Transportation Committee, introduced a stand-alone measure to give up to $25.5 billion to passenger airlines, $3 billion to their contractors and $300 million to cargo airlines.

The money would be earmarked for wages and benefits through next March. Airlines would keep their current workforces intact without dipping into the billions they have raised from private lenders and up to $25 billion in low-interest government loans that Congress approved six months ago.

“We will either enact Chairman DeFazio’s bipartisan stand-alone legislation or achieve this as part of a comprehensive negotiated relief bill,” Pelosi said. While Congress works on the matter, “the airline industry must delay these devastating job cuts,” she said.

The bill picked up a quick Republican endorsement from Sen. John Cornyn of Texas, who is up for reelection next month in the state where American and Southwest are based and have thousands of employees. Cornyn is one of 16 Senate Republicans who earlier supported another round of money for airlines.

Airline stocks rose Friday after Pelosi’s announcement, but gave back some of the gains by the closing bell.

U.S. air travel has recovered partially since falling 96% in mid-April but it remains down nearly 70% from a year ago, and the industry is losing billions of dollars a month. With no available vaccine, and the U.S. reporting more than 40,000 new confirmed cases of COVID-19 a day, forecasts for holiday-season travel look grim.

“All airlines face an uncertain winter, and an extension to the Payroll Support Program would protect jobs across our industry until next spring and ensure airlines are here to help support the economic recovery when we are through this,” said Emily Martin, a spokeswoman for JetBlue Airways, which hasn’t announced any furloughs.

Airlines have cut tens of thousands of jobs by offering early retirement and buyouts to workers. On top of that, American is furloughing 19,000 workers, United is cutting 13,000, and Alaska furloughed about 500.

Delta and Southwest said they used voluntary departures to avoid furloughs this week. But Delta pilots could be furloughed in November if they don’t agree to contract concessions, and Southwest CEO Gary Kelly warned that his airline would need to consider layoffs unless it gets more federal help.