Video: In 2007, Gayle Sayers sat down with John Callaway to talk about the Bears.

CHICAGO (AP) — Gale Sayers, the dazzling and elusive running back who entered the Pro Football Hall of Fame despite the briefest of careers and whose fame extended far beyond the field for decades thanks to a friendship with a dying Chicago Bears teammate, has died. He was 77.

Nicknamed “The Kansas Comet” and considered among the best open-field runners the game has ever seen, Sayers died Wednesday, according to the Pro Football Hall of Fame.

Relatives of Sayers had said he was diagnosed with dementia. In March 2017, his wife, Ardythe, said she partly blamed his football career.

“Football fans know well Gale’s many accomplishments on the field: a rare combination of speed and power as the game’s most electrifying runner, a dangerous kick returner, his comeback from a serious knee injury to lead the league in rushing, and becoming the youngest player inducted into the Pro Football Hall of Fame,” Bears chairman George McCaskey said in a statement. “People who weren’t even football fans came to know Gale through the TV movie ‘Brian’s Song,’ about his friendship with teammate Brian Piccolo. Fifty years later, the movie’s message that brotherhood and love needn’t be defined by skin color still resonates.”

Sayers was a blur to NFL defenses, ghosting would-be tacklers or zooming by them like few running backs or kick returners before or since. Yet it was his rock-steady friendship with Piccolo, depicted in the film “Brian’s Song,” that marked him as more than a sports star. 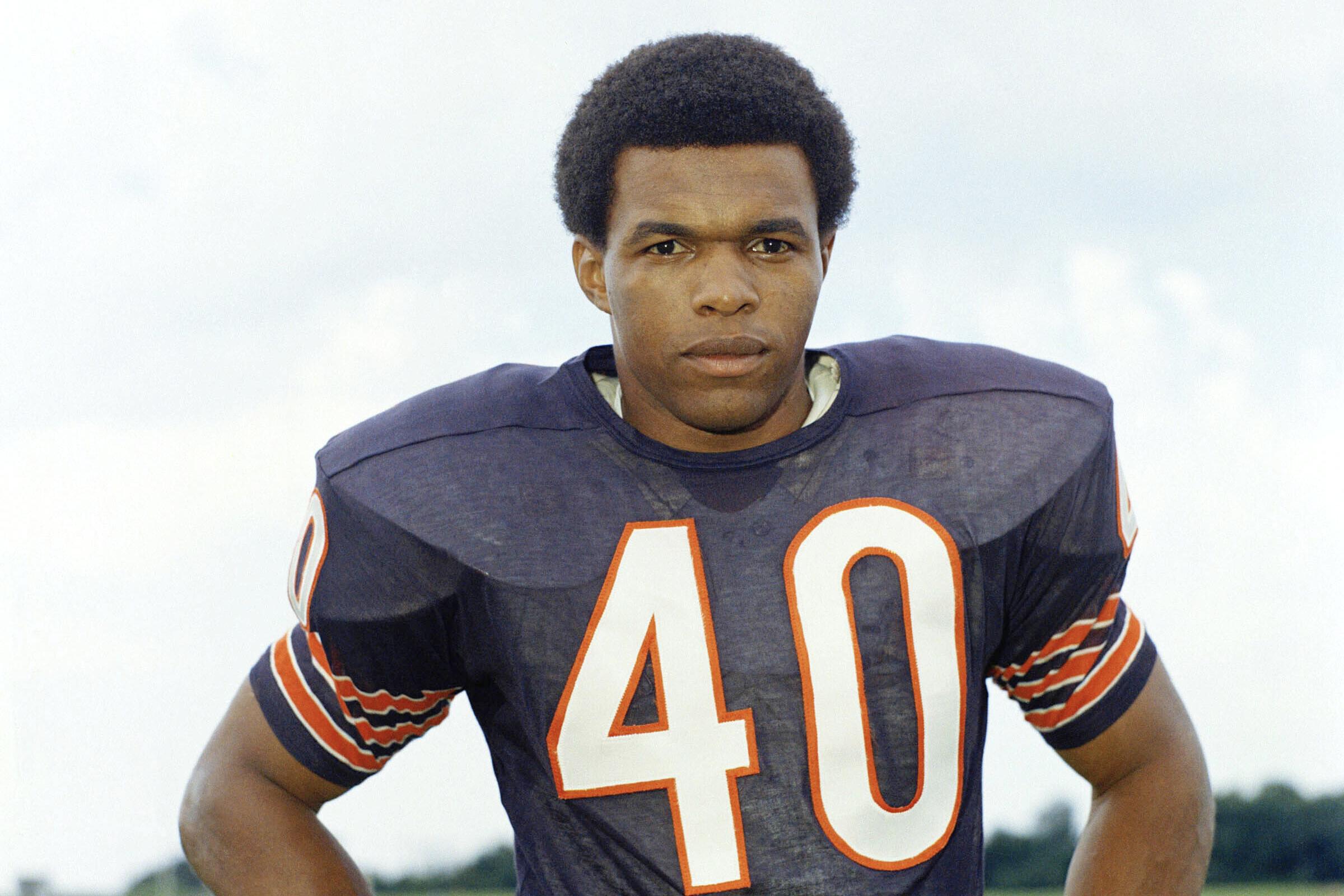 “He was the very essence of a team player — quiet, unassuming and always ready to compliment a teammate for a key block,” Hall of Fame President David Baker said. “Gale was an extraordinary man who overcame a great deal of adversity during his NFL career and life.”

Sayers became a stockbroker, sports administrator, businessman and philanthropist for several inner-city Chicago youth initiatives after his pro football career was cut short by serious injuries to both knees.

“Gale was one of the finest men in NFL history and one of the game’s most exciting players,” NFL Commissioner Roger Goodell said. “Gale was an electrifying and elusive runner who thrilled fans every time he touched the ball. He earned his place as a first-ballot Hall of Famer.”

Sayers was a two-time All-American at Kansas and inducted into the College Football Hall of Fame as well. He was selected by Chicago with the fourth pick overall in 1965, and his versatility produced dividends and highlight-reel slaloms through opposing defenses right from the start.

He tied one NFL record with six touchdowns in a game and set another with 22 touchdowns in his first season: 14 rushing, six receiving, one punt and one kickoff return. Sayers was a unanimous choice for Offensive Rookie of the Year.

Sayers followed that by being voted an All-Pro during the first five of his seven NFL seasons (1965-71). But he was stuck on a handful of middling-to-bad Bears teams and, like Dick Butkus, another Hall of Fame teammate selected in the same 1965 draft, he never played in the postseason. Sayers appeared in only 68 games total and just two in each of his final two seasons while attempting to return from those knee injuries.

“Will miss a great friend who helped me become the player I became because after practicing and scrimmaging against Gale I knew I could play against anybody,” Butkus said. “We lost one of the best Bears ever and more importantly we lost a great person.”

Video: In 2006, Gayle Sayers sat down with Phil Ponce on “Chicago Tonight” to talk about the Bears.

In 1977, at age 34, Sayers became the youngest player inducted into the Hall of Fame. In presenting him at the ceremony, Bears founder George Halas said: “If you wish to see perfection as a running back, you had best get a hold of a film of Gale Sayers. He was poetry in motion. His like will never be seen again.”

Butkus said he hadn’t even seen Sayers play until a highlight film was shown at an event in New York that both attended honoring the 1964 All-America team. He said the real-life version of Sayers was even better.

“He was amazing. I still attribute a lot of my success from trying to tackle him (in practice),” Butkus said at the Bears’ 100th anniversary celebration in June 2019.

“I never came up against a running back like him in my whole career, as far as a halfback. And that was counting O.J. (Simpson) and a couple of other guys,” he added. “No one could touch this guy.”

The Bears drafted them with back-to-back picks in ’65, taking Butkus at No. 3 and Sayers at No. 4. It didn’t take long for Sayers to win over veterans who had helped the Bears take the NFL championship in 1963.

“We were both No. 1s, so they’re going to make it hard on us and show us the ropes and everything else,” Butkus said. “But Gale just ran circles around everybody. Quickly, they adopted him.”

The friendship between Sayers and backfield mate Piccolo began in 1967, when the two became unlikely roommates. Sayers was Black and already a star; Piccolo was white and had worked his way up from the practice squad. Early on, they were competing for playing time and carries.

But when the club dropped its policy of segregating players by race in hotel room assignments, they forged a bond. In 1968, Piccolo helped Sayers through a tough rehab process while he recovered from a torn ligament in his right knee. After Sayers returned the next season to become an All-Pro, he made sure his friend shared in the credit.

They became even closer after Piccolo pulled himself out of a game early in the 1969 season because of breathing difficulties and was diagnosed with cancer. That phase of their friendship was recounted first by Sayers in his autobiography, “I Am Third,” and then in the 1971 movie “Brian’s Song.”

Sayers stayed by Piccolo’s side as the illness took its toll, donating blood and providing support. Just days before Piccolo’s death age 26, Sayers received the George S. Halas Award for courage and said: “You flatter me by giving me this award, but I can tell you here and now that I accept it for Brian Piccolo. … I love Brian Piccolo and I’d like all of you to love him, too. Tonight, when you hit your knees, please ask God to love him.”

After his playing days, Sayers served as athletic director at Southern Illinois University-Carbondale and founded several technology and consulting businesses.

Sayers made the 130-mile trip from his home in Indiana to attend the opening ceremony of the Bears’ 100th-season celebration in June 2019, receiving a rousing ovation.

“It’s amazing someone that was so beautiful and gifted and talented as a player and later in life to have that happen to you is really, I know, tough on everybody,” Hall of Fame linebacker Mike Singletary said that weekend.

“It’s tough on his teammates, former teammates. It’s tough on the league. And as a player,” Singletary concluded, “it just makes you take a step back and thank God every day for your own health and blessings.” 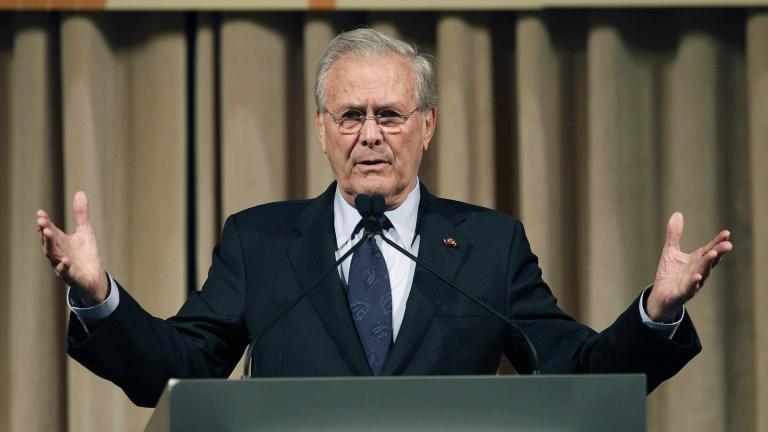 Rumsfeld, a Cunning Leader Who Oversaw a Ruinous Iraq War 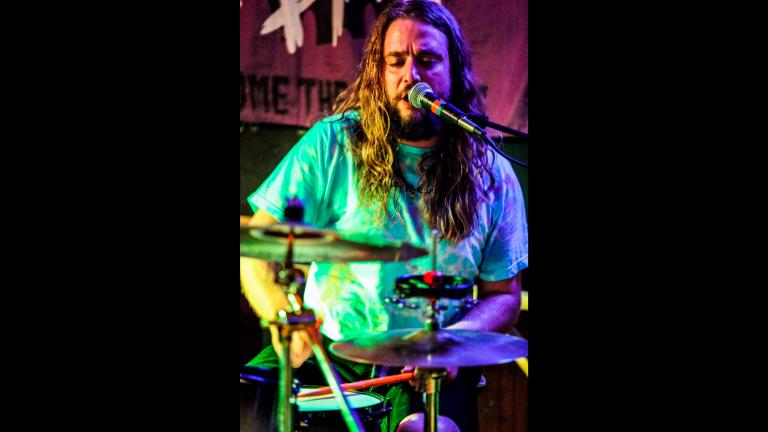 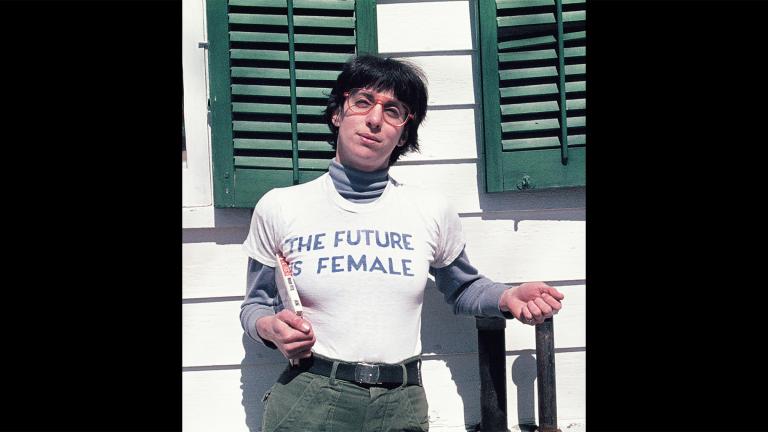 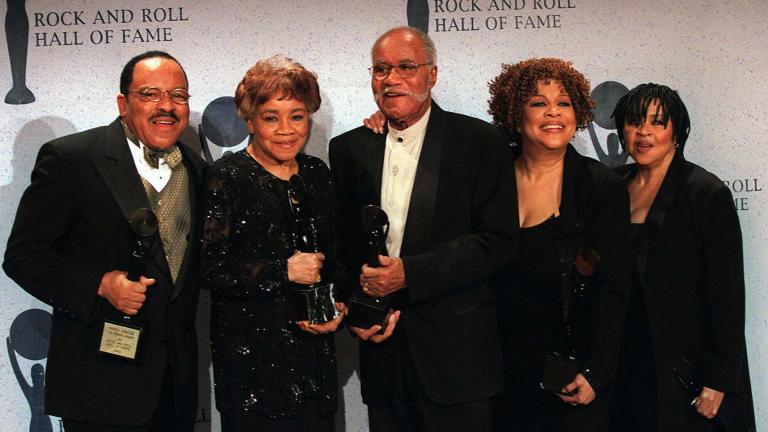 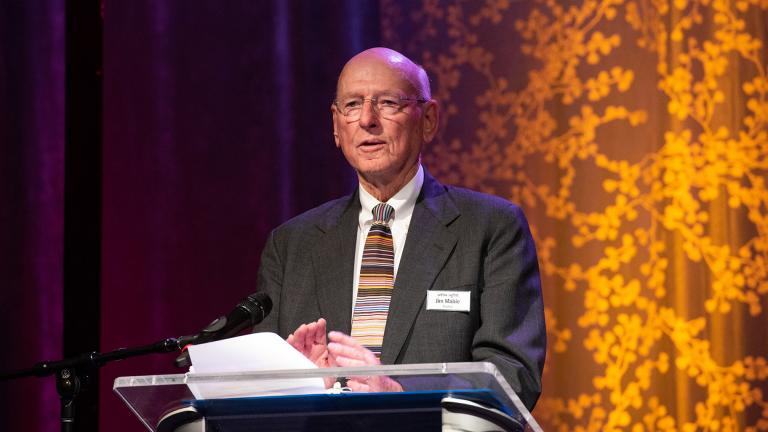