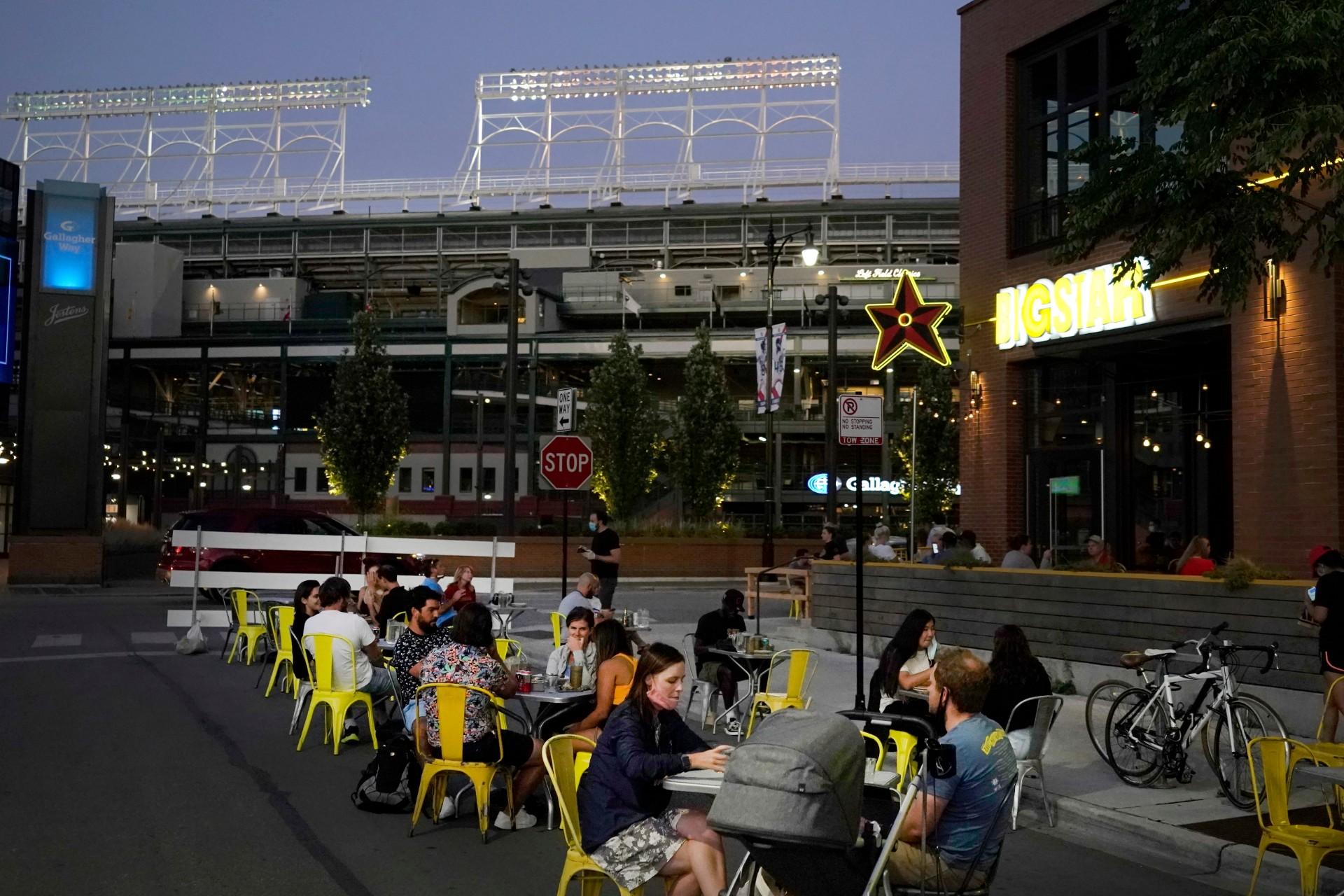 Patrons at the Big Star Wrigleyville restaurant Friday, Sept. 4, 2020, are seated in a social distant manner on West Patterson Ave., across from Wrigley Field during a baseball game between the Cubs and St Louis Cardinals in Chicago. (AP Photo / Charles Rex Arbogast)

Sure, their lights are on as Major League Baseball tries to squeeze in a truncated 60-game season in the middle of a pandemic. But no one is home save for a few dozen players running around in masks under the din of artificial crowd noise in front of a handful of well-positioned cardboard cutouts.

Step outside the gates, and the artifice evaporates. Reality sets in.

As MLB sprints through two months trying to provide a small semblance of normalcy to its fan base and much-needed fresh content to its broadcast partners, the businesses in the neighborhoods surrounding the stadiums that rely so heavily on thousands making their way through the turnstiles 81 times a year are struggling, their futures murky at best. According to the ADP Research Institute, firms with fewer than 500 employees – a much-used cutoff for small businesses – have lost more than 5.4 million jobs, or nearly 9%, since February.

It’s those kinds of businesses that serve as the lifeblood at downtown stadiums.

The bars and restaurants around Wrigleyville in Chicago’s North Side managed just fine during a World Series drought that lasted a century. Some of them might not make it to the other side of the pandemic. The walk to Progressive Field in Cleveland now resembles a trip through a ghost town, with doors locked and windows boarded up.

“We rely on that 40,000-fan-a-game foot traffic and seasonal tourism each year in order for us to be successful, and unfortunately all of us right now are witnessing what life is like on the polar opposite side of that,” said Cristina McAloon, the director of retail for Wrigleyville Sports. 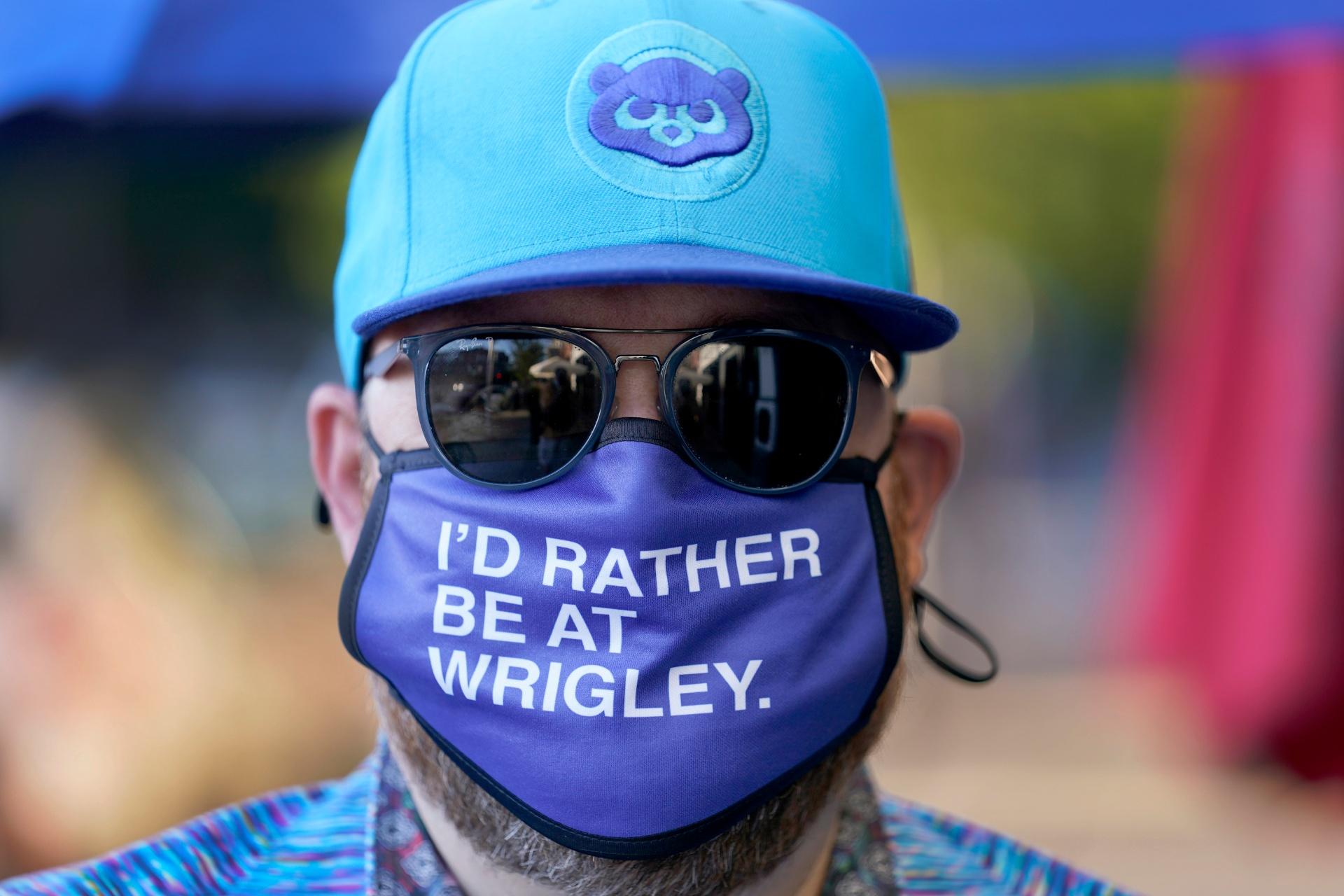 Outside Fenway Park, parking spaces that go for $60 during a Red Sox home game can be had for $10 now. The pop-up village on Jersey Street that organically materializes from April through September has vanished. Souvenir shops stand idle. The postgame crowd that flows in singing “Sweet Caroline” under their breath is back home watching on TV.

Desperate for help, businesses in the Bronx are even begging for assistance from the Yankees themselves. A local community leader is organizing a protest before a game on Thursday. He wants the team to provide $10 million in aid to shops around the storied Stadium.

While some of those spots fighting for survival have been around for decades, Mike Sukitch is simply hoping to make it through his first year. Sukitch opened the North Shore Tavern across from PNC Park in Pittsburgh in January. He expected a challenge while returning to the neighborhood where he grew up. He didn’t expect to be closed for three months, though he knows he’s got it better than most others in the area who have shuttered for good.

As he talks, Sukitch — like so many of his brethren spread across the country — tries to sound optimistic. It’s practically a job requirement when so much of what happens outside city-centered stadiums depends on what happens inside.

Right now, that’s not much. Actually, it’s less than that. For many, it’s time to turn to that familiar refrain, one that feels less like some well-worn cliché and instead serves a mantra for survival.

Wait till next year. 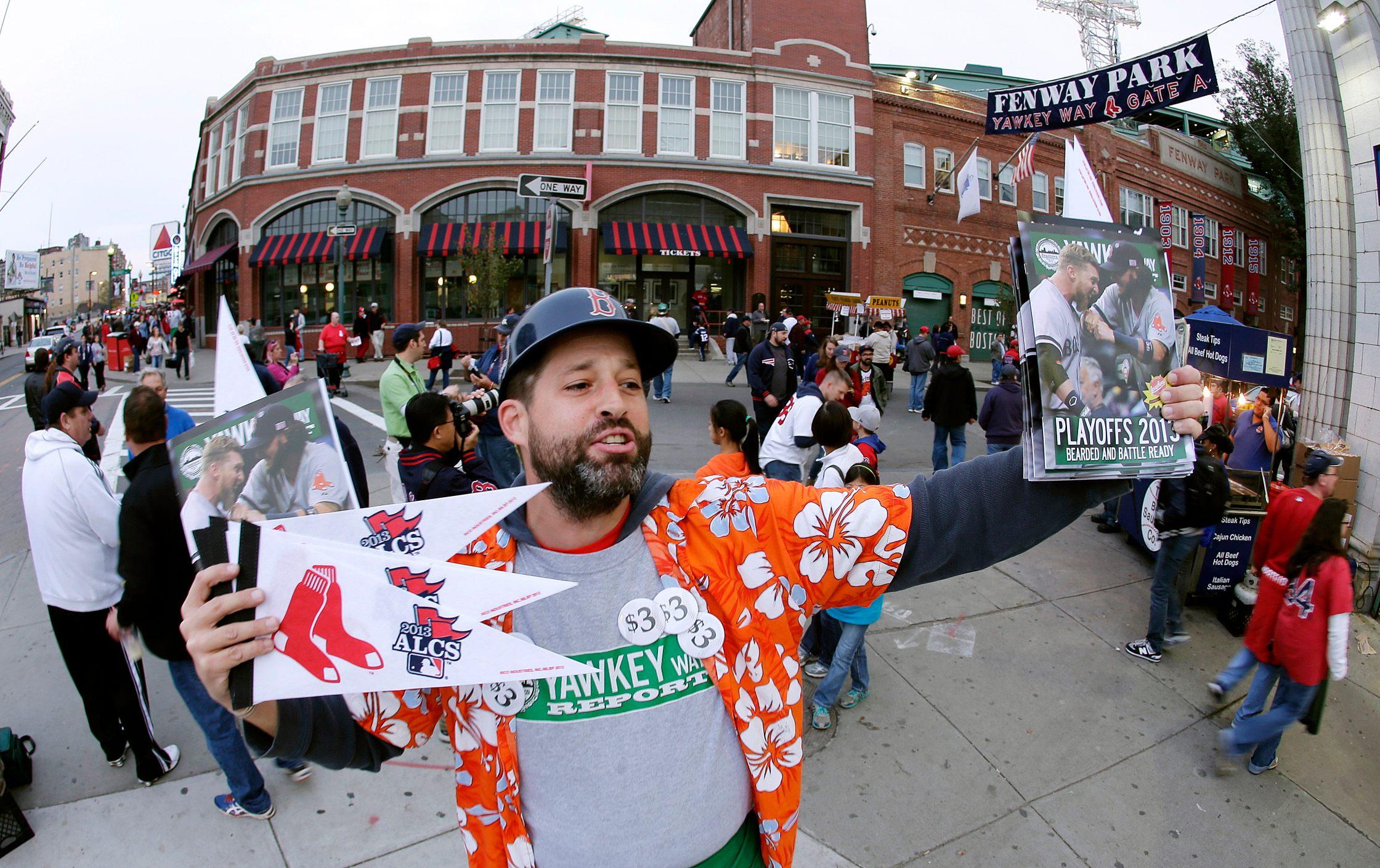 The coronavirus pandemic has hit all kinds of businesses around Fenway Park - the Red Sox’s home since 1912 - hard, including restaurants and stores that were closed down for months and reopened to find fewer customers were eager to venture out. But for the establishments surrounding major league ballparks, the resumption of play has been a special kind of sadness: they’re glad to have the games back, but they can’t make any money without fans.

“Never have I seen anything like this,” said Jeff Swartz, a manager at The Team Store, a 20,000 square-foot souvenir shop that has been open across the street from Fenway Park for 75 years.

“It’s never been this empty unless they’re not playing,” said Swartz, who has worked at the store for 30 years. “Business is off as much as you can imagine. It’s negligible.”

Jersey Street in front of the store is usually gated off on game days to create a pedestrian mall that provides ticketed fans with some extra space to roam that isn’t possible within the century-old ballpark. In addition to food stands, there might be a brass band, a stilt-walker and someone making balloon animals for kids.

This year, all is quiet. 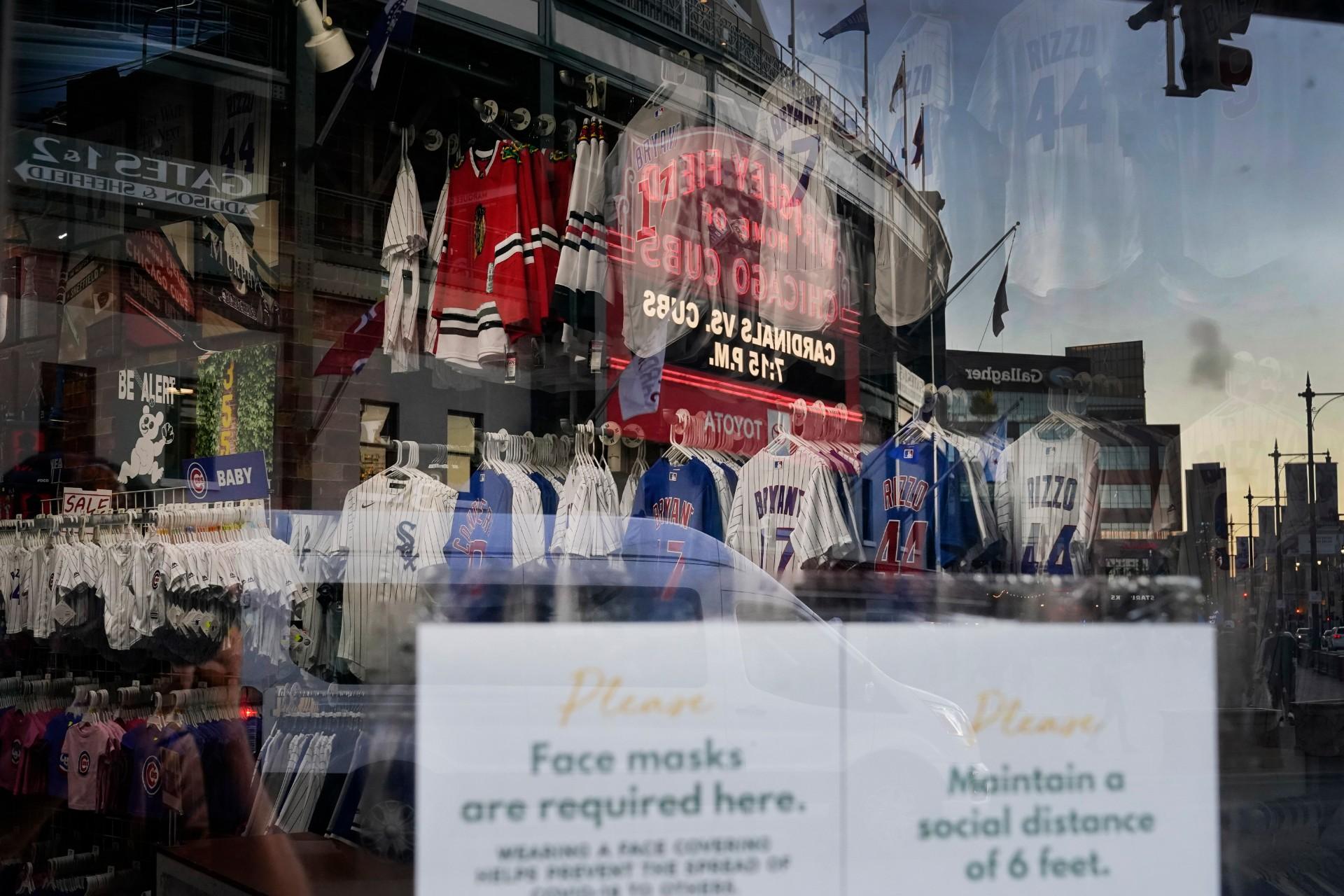 The Wrigley Field marquee is reflected Friday, Sept. 4, 2020, in the window of the Sports World apparel store in the Wrigleyville neighborhood of Chicago. (AP Photo / Charles Rex Arbogast)

All over Wrigleyville — the quirky neighborhood that surrounds Wrigley Field, the longtime home of the Chicago Cubs — businesses are counting pennies, searching for help and dreaming of a return to normalcy.

Looking for a bridge to a vaccine, some ballpark businesses are leaning on revenue streams or avenues that were previously lower on their priority list. Nisei Lounge sold cardboard cutouts of bar patrons - real and imaginary - mimicking the promotion at ballparks across the country. Of course, sticking to the spirit of the eccentric spot, among the cardboard customers that have saddled up to the bar: Charles Comiskey, the Hall of Fame founder of the crosstown White Sox, and a kindergarten picture of a patron.

“We’re down easily 80% from a regular baseball season,” said Pat Odon, the director of beer and baseball operations for Nisei. “But weirdly, we’ve started doing merchandise. You never get into owning a bar to sell T-shirts, but that’s helping us get where we can make it till there’s a vaccine.”

Sluggers has indoor batting cages, dueling pianos and games like Skee-Ball. But it’s leaning on its kitchen right now.

“You know, instead of the live, get crazy atmosphere,” said Zach Strauss, who runs Sluggers with his brothers David and Ari after their father, Steve, opened the bar in 1985. “We’re (usually) the opposite of social distancing,” 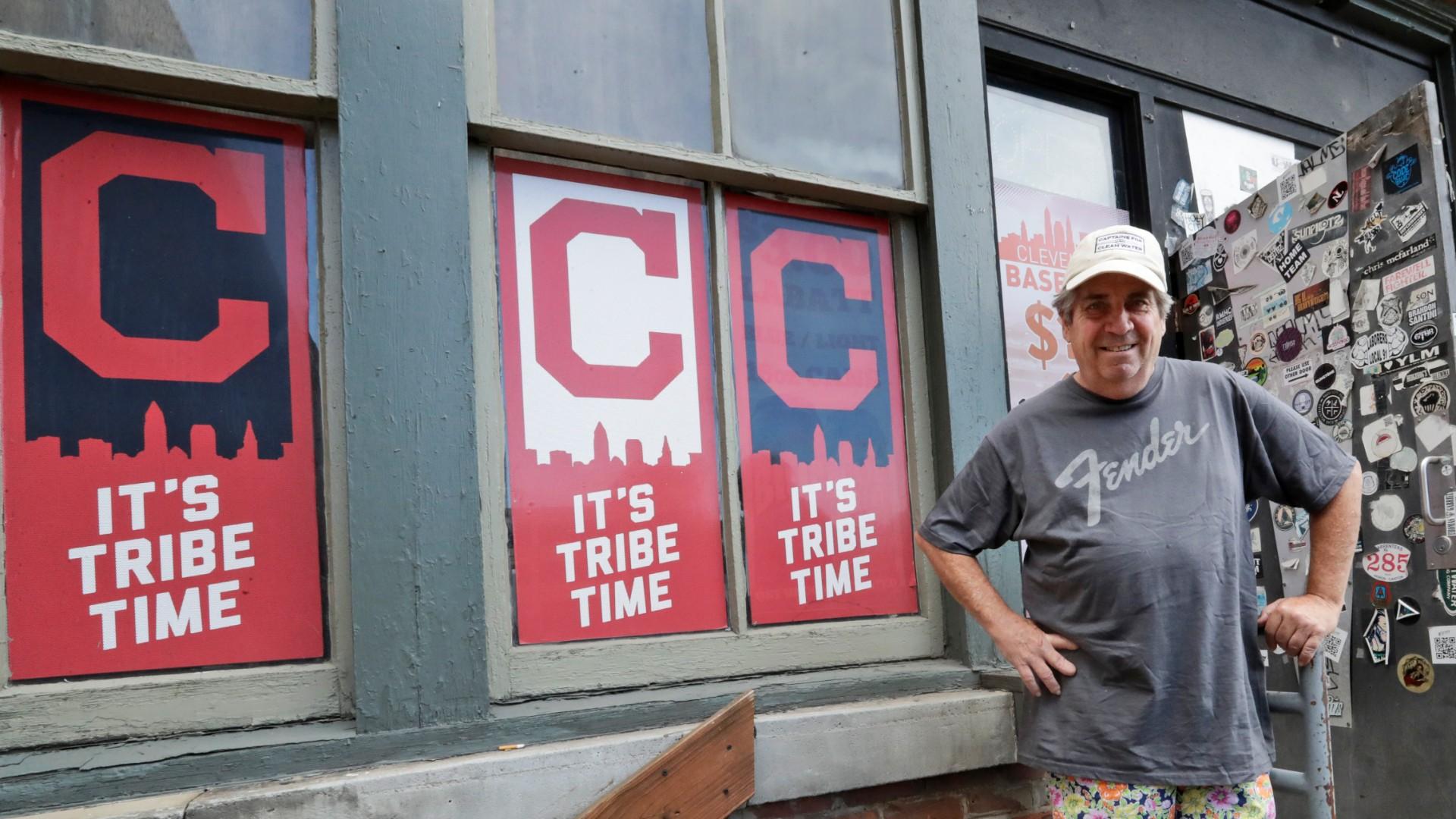 Mike Miller, owner of Wilbert's Food & Music, poses in front of the restaurant before a baseball game between the Minnesota Twins and the Cleveland Indians, Tuesday, Aug. 25, 2020, in Cleveland. (AP Photo / Tony Dejak)

It’s a sunny Sunday, and there’s a hint of fall in the air on this August afternoon as the Indians are about to play their series finale against Detroit. But except for the dull roar from fake crowd noise being pumped inside the ballpark, it’s quiet in downtown Cleveland.

Too quiet. Desolate and nearly deserted.

And no band has plugged its guitars into the amplifiers on Wilbert’s stage since mid-March.

He didn’t get the usual bump from Indians opening day, a pseudo holiday in Cleveland, when it’s wall-to-wall inside Wilbert’s and Miller makes enough profit to pay off his insurance and license fees for the entire year.

But Miller has managed to keep a couple of his employees working, and some financial assistance from the government has helped.

A father of four, the 62-year-old Miller is trying to stay positive. At this point, it’s all he can do.

He’s got a magic act booked in a few weeks, and it’s going to take some sleight of hand to keep his doors open in the fall if the state of Ohio doesn’t relax some of its COVID-19 mandates. Miller’s only allowed to be at half-capacity — about 100 patrons — and he’s not even sure that would be safe. 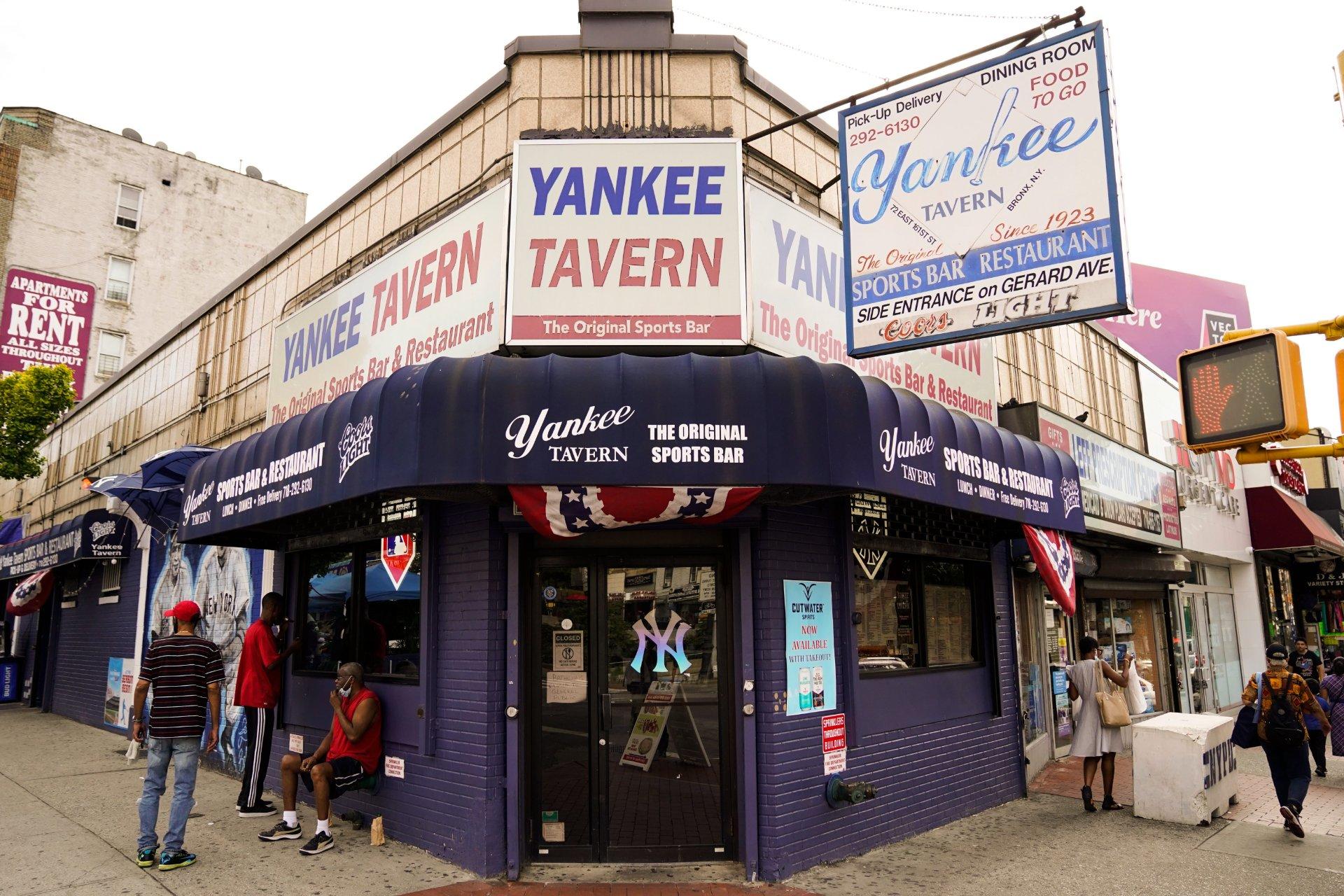 The neighborhood around Yankee Stadium has maintained some life through the coronavirus pandemic thanks to densely populated residential areas nearby, but that’s done little for shops and bars that exist specifically to serve the 3 million-plus fans who venture to the Bronx annually.

Yankee Tavern has been one of the busier businesses but the outlook is still bleak for the watering hole that’s been open since 1927.

Bastone’s father was among a group that purchased the bar and restaurant in 1964, and Bastone – years old at the time – has been working there since. He became sole owner 35 years ago.

Once a watering hole for Yankee greats Babe Ruth, Joe DiMaggio and Mickey Mantle, Yankee Tavern is the oldest drink spot in the area. It includes separate bar and restaurant spaces that routinely fill up on game days.

Bastone spoke to the AP prior to a Red Sox-Yankees game last month. Normally, he’d serve nearly 2,000 customers with baseball’s most historic rivalry in town. On this night, he had about 20 customers seated under a tent outside.

The patio seating has proved popular – including with Yankee Stadium employees ducking out for lunch – and the Tavern has salvaged some business via takeout and delivery.

Still, Bastone said he owes over $150,000 in rent, has already burned through his $31,000 in Paycheck Protection Program loans and been forced to reduce his staff by half to seven. 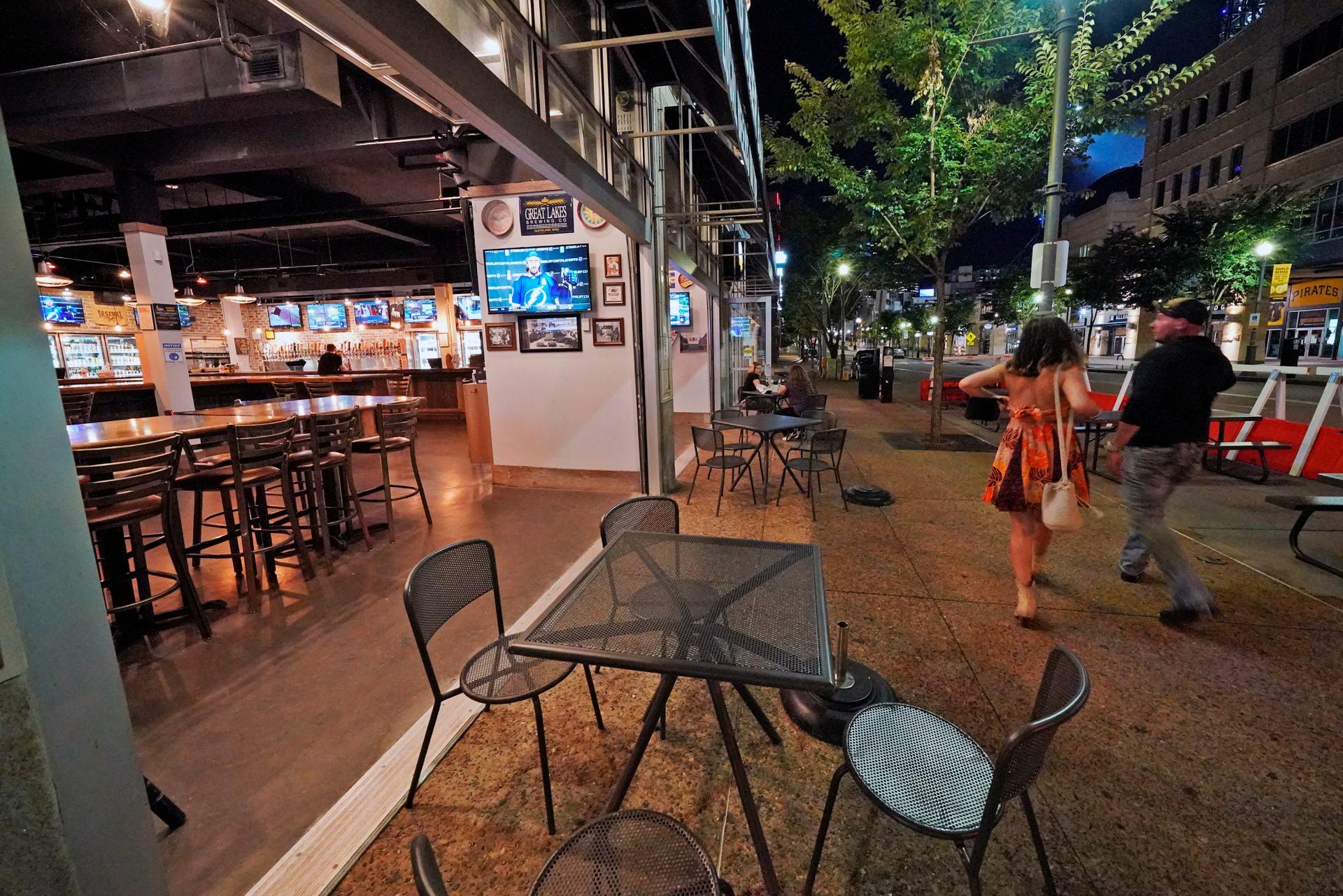 In this Sept, 9, 2020, file photo, a couple walk past Mike's Beer Bar, across the street from PNC Park, after a baseball game between the Chicago White Sox and Pittsburgh Pirates in Pittsburgh. (AP Photo / Gene J. Puskar, File)

The saxophone guy, the one that plays theme songs from 1970s TV shows for loose change as fans squeeze past on the Roberto Clemente Bridge on their way to and from PNC Park, is gone. The line to take selfies next to Willie Stargell’s statue outside the left field entrance to the home of the Pittsburgh Pirates is, too.

So is Rico Lunardi’s joint Slice on Broadway. He opened his franchise’s fourth store underneath the left-field bleachers in 2016. His lease technically expired last year, but the team granted him an extension as they negotiated terms for a new deal.

When the shutdown began, Lunardi attempted to stay open. The shop had a street-front entrance on Federal Street. But the double-whammy of no baseball combined with the decision by many offices in the immediate vicinity to allow employees to work remotely meant the lunchtime crowd dipped, too.

By the middle of June, with no fans allowed inside PNC Park, attendance for events at nearby Heinz Filed uncertain and government’s restrictions on capacity in indoor spaces — be they restaurants or office buildings — in place indefinitely, Lunardi finally gave up. He found landing spots for 13 of the 15 full-time employees at the ballpark location, and wouldn’t rule out a potential return one day.

“If this didn’t happen, I would have signed a lease for another 10 years,” he said. “It was fun. It was exciting to say we’re a part of it. We did grow a nice business there. When you lose two revenue sources, it’s like having the rug pulled out from under your feet.”