Hitting hard on the theme of law and order, speakers at the Republican National Convention on Wednesday cast a dark cloud on what they believe America would look like under a Joe Biden presidency.

“The hard truth is … you won’t be safe in Joe Biden’s America,” Vice President Mike Pence said during day three of the convention Wednesday evening. “Under President Trump, we will stand with those who stand on the thin blue line, and we’re not going to defund the police — not now, not ever.”

Those comments came amid continuing unrest in Kenosha following the police shooting of 29-year-old Jacob Blake.

Boat, a Republican representing southwestern Illinois’ 12th District, which includes Carbondale, Mount Vernon and Belleville, said there needs to be training on how to handle and de-escalate situations, as well as a national register to track police officers with a record.

“We need to make sure that regardless of what your skin color is, that you feel secure around police officers,” Bost said. “No one hates a bad cop more than the good cop. And there’s a whole lot more good cops than bad cops, but defunding of the police is not the answer.”

Bost co-sponsored a bill that opposes defunding the police and would prevent cities that disband or defund local law enforcement from receiving some federal funding.

Both parties’ conventions have come as the U.S. grapples with COVID-19. President Donald Trump has been widely criticized for not doing enough to address the virus early on in the pandemic, but Bost says Trump could only offer guidelines — and it’s up to individual states to implement those guidelines, he said, citing the 10th Amendment.

“I have people telling me every day there needs to be a national-wide shutdown — our Constitution doesn’t allow for that,” Bost said. “The federal government through the administration, and through Congress, can only advise, we cannot force a situation where we force everybody to wear a mask.”

Meanwhile, Bost is one of two Republican congressmen from Illinois to vote in support of a bill that would reverse recent changes to the U.S. Postal Service and add $25 billion in funding to the agency.

Trump has cast doubt, without evidence, on mail-in voting, saying that it opens the door for voter fraud — though election security experts say fraud is rare. Bost has faith in Illinois’ system, though he agrees with the president that some states don’t have enough “checks and balances” in place.

“Voting in the state of Illinois by absentee ballot has been around for years and there’s certain checks and balances,” Bost said.

Bost will attend Trump’s speech in Washington, D.C., on Thursday. 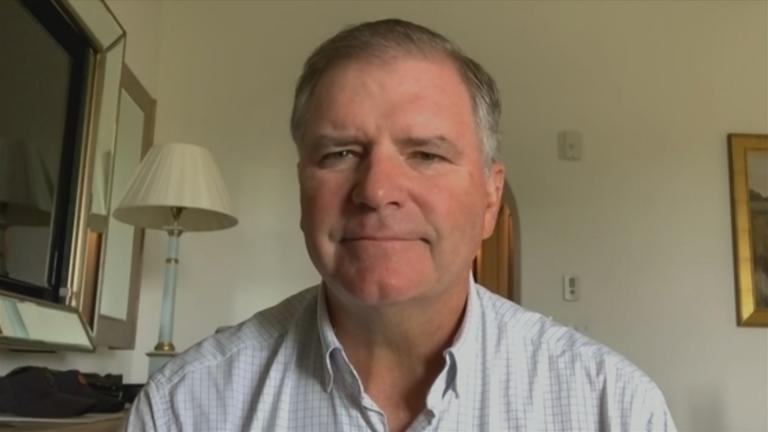