Republicans Nominate Trump to Take on Biden in the Fall

Video: We talk about day one of the Republican National Convention and more with our Spotlight Politics team of Amanda Vinicky, Heather Cherone, Carol Marin and Paris Schutz.

The Republican Party formally nominated President Donald Trump for a second term in the White House in Charlotte on Monday, one of the first acts of a GOP convention that has been dramatically scaled down to prevent the spread of the coronavirus.

“This is the most important election in the history of our country,” Trump said in an unscheduled appearance after the nomination was official. “Our country can go in a horrible direction or in an even greater direction,” he said.

Trump has sought to minimize the toll of the pandemic, but its impact was evident as proceedings began in Charlotte. Instead of the thousands of people who were expected to converge on this city for a week-long extravaganza, just 336 delegates participated in a roll-call vote from a Charlotte Convention Center ballroom.

Trump said he had made the trip in contrast to his Democratic rival, Joe Biden, who never traveled to Wisconsin, the state where the Democratic convention was supposed to be held.

Even as he accepted the nomination, Trump was raising questions about the integrity of the election, again taking issue with mail-in voting, which experts say has proven remarkably safe.

“We caught them doing some really bad things in 2016 ... we have to be careful because they’re trying it again,” he said. “Watch it very carefully. Because we have to win.”

“The only way they can take this election away from us is if this is a rigged election,” he later said.

Trump also panned the state’s Democratic governor for “being in a total shutdown mood,” insisting restrictions the state has in place to try to prevent the spread of the virus, which has killed more than 175,000 people in the country and infected million, were motivated by politics.

The GOP convention is a crucial moment for Trump, who is trailing in national and battleground state polls and under intense pressure to turn the race around. Just 23% think the country is heading in the right direction, while 75% think it’s on the wrong path, according to a new poll from The Associated Press-NORC Center for Public Affairs Research.

Many of the usual trappings of a convention were present on Monday, including signs designating each state and gift bags with Republican swag. But chairs on the ballroom floor were arranged with lots of space between them and convention organizers told participants to wear masks, though adherence to the rule was uneven.

“We are obviously disappointed we could not hold this event in the same way we had originally planned,” GOP Chair Ronna McDaniel said as she began the proceedings while thanking Charlotte for allowing the convention to move forward in its truncated form.

The fact an in-person meeting was held at all marked a sharp contrast with Democrats.

Last week, the Democrats created a well-received roll call via video montage with diverse officials and others from states across the country. The Republicans, overwhelmingly white, spoke from the ballroom floor.

After Trump’s renomination, much of the action is shifting to Washington, where Republicans will spend the week trying to convince the American people that the president deserves a second term. 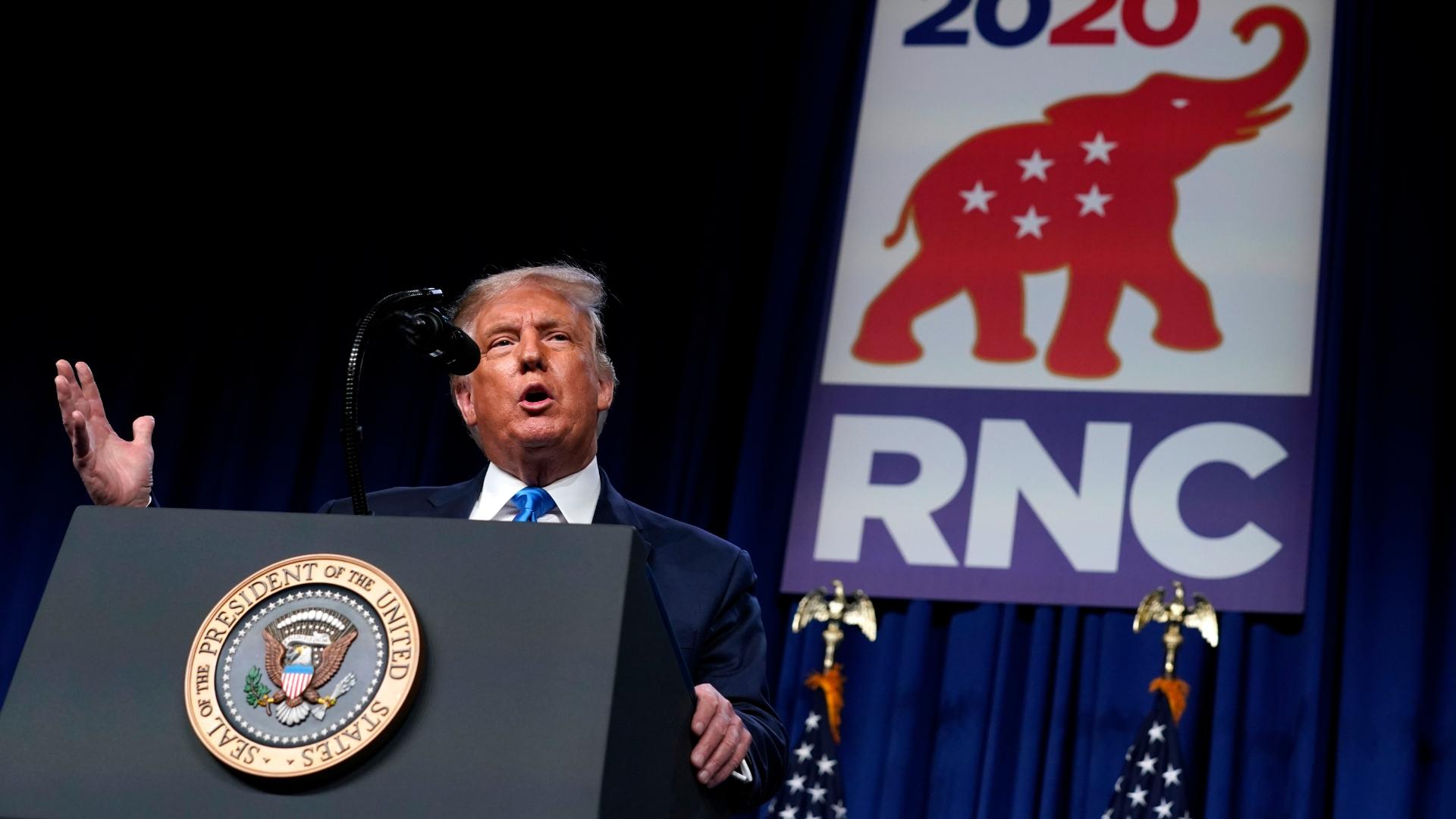 Aides want the convention to recast the story of Trump’s presidency and present the election as a choice between his vision for America’s future and the one presented by Biden.

McDaniel worked to highlight that contrast, accusing Biden of embracing a radical left agenda and pushing back on Democrats’ efforts to demonstrate Biden’s empathy and kindness.

“The truth is there’s only one person who has empathized with everyday Americans and actually been fighting for them every single day over the past four years, and that’s President Donald J. Trump,” she said.

For both sides, it’s an unconventional convention year.

The parties’ election year gatherings are typically massive events, drawing thousands of delegates, party leaders, donors, journalists and political junkies for a week of speeches, parties and after-parties that inject hundreds of thousands of dollars into the local economy and deliver a multiday infomercial for the nominee.

The coronavirus has changed all that, as much as Trump has resisted. Just 336 delegates — six from each of the 50 states, the District of Columbia and U.S. territories — have been invited to cast proxy votes on behalf of the more than 2,500 regular delegates. And stringent safety measures have been put in place guided by a 42-page health and safety plan developed by a hired doctor.

Attendees were asked to practice enhanced social distancing and get tested prior to travel, fill out a pre-travel health questionnaire and participate in a daily symptom tracker. They’re also being tested onsite, have been asked to maintain a 6-foot distance from other people and to use face coverings as a condition of participation — though many attendees were seen openly flouting those rules Monday morning. The RNC has also committed to contacting every participant five, 14 and 21 days after the event to check on potential symptoms.

The event had been met with protests, and police have made several arrests.

Besides the formal nomination roll call, the party is also spending time in Charlotte approving a handful of new resolutions, including one that backs Columbus Day as a federal holiday and one that labels the Southern Poverty Law Center, which catalogs the country’s hate groups, as a “radical organization.” Another bemoans “cancel culture,” warning that it “has grown into erasing of history, encouraging lawlessness, muting citizens and violating free exchange of ideas, thoughts, and speech.”

But they will not vote on a new 2020 platform, after a unanimous vote to forgo one this year.

“RESOLVED, That the Republican Party has and will continue to enthusiastically support the President’s America-first agenda,” a resolution instead reads, in part.

After the Charlotte kickoff, most of the GOP convention will take place in Washington, D.C., at and around the White House, as well as by video. It will feature remarks from well-known Trump supporters, including members of the Trump family, outspoken conservatives and everyday Americans who campaign officials say have been helped by Trump’s policies.

First lady Melania Trump will speak Tuesday from the Rose Garden, Pence will appear from Fort McHenry in Baltimore on Wednesday and Trump will deliver his marquee acceptance speech on Thursday from the South Lawn before a crowd of supporters — blurring the lines between governing and campaigning yet again. 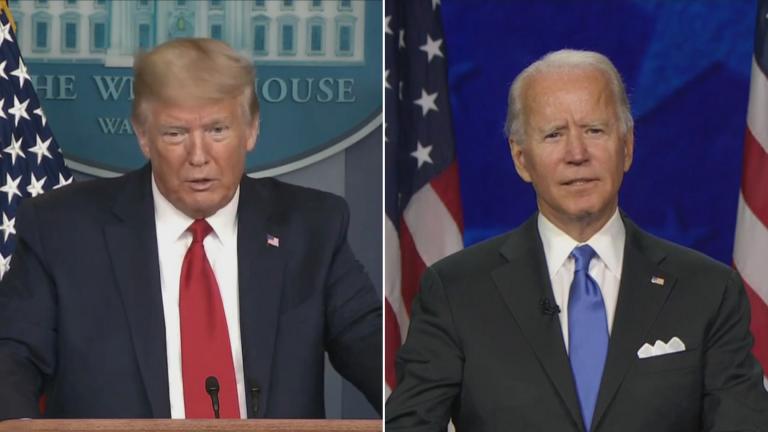 Method Behind the Madness: Experts Weigh In on Political Polling Process 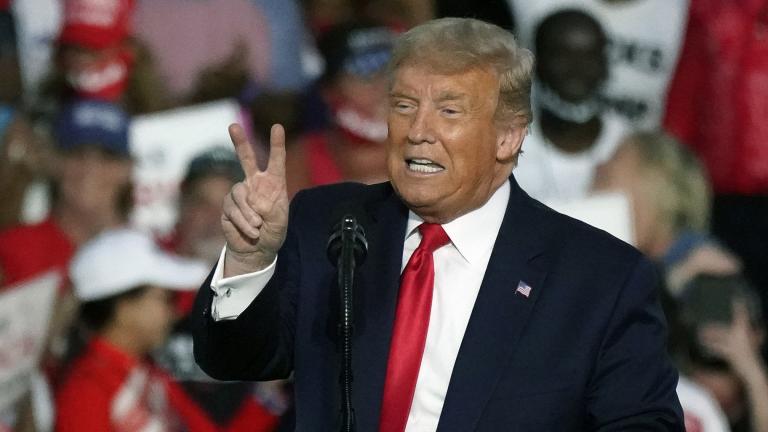