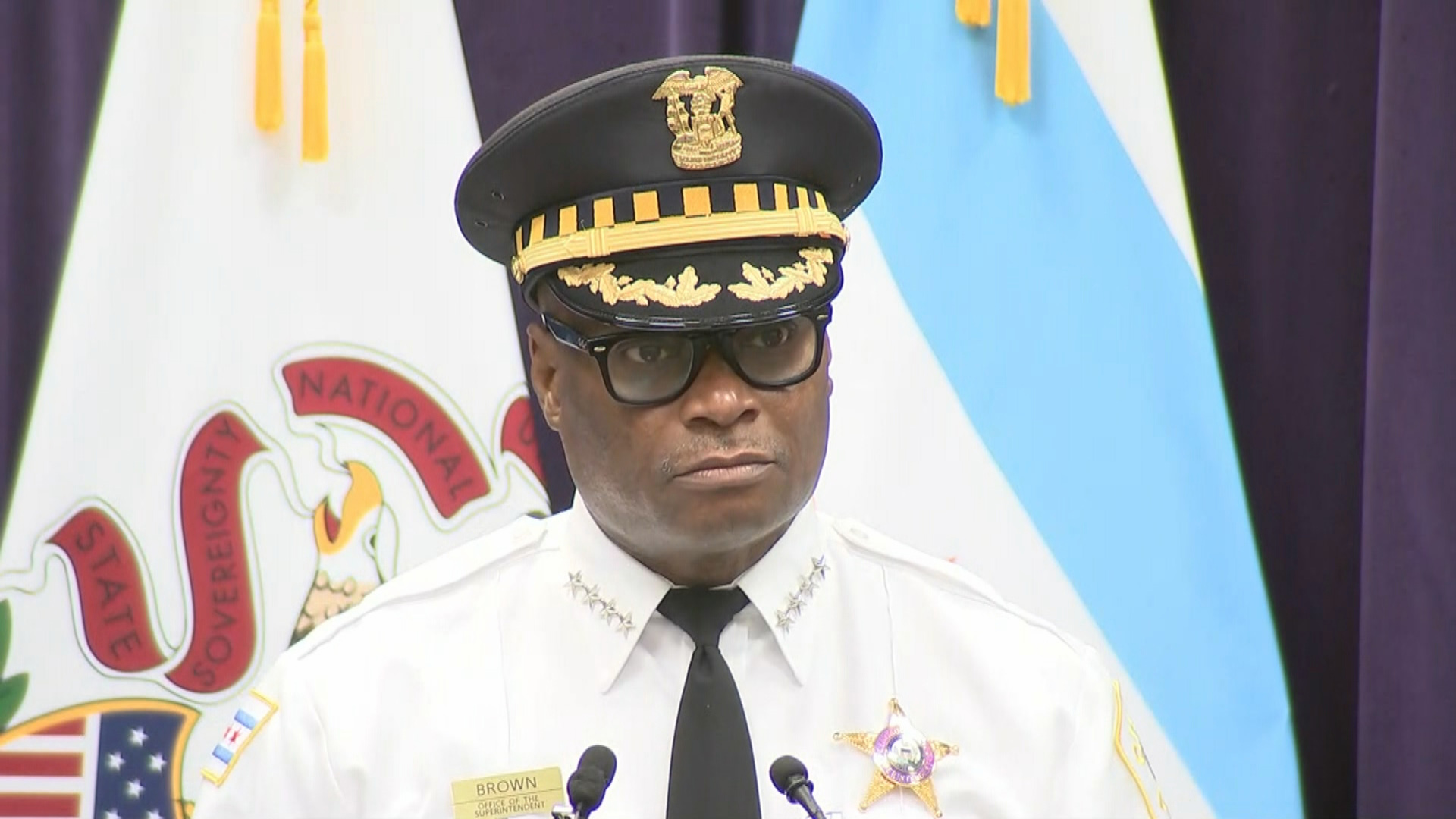 “What happens in Wisconsin or any other city in our country does affect all of us,” Brown said during a press conference Monday morning. “And yes, we are monitoring that situation. ... All of our deployment strategies are being practiced and we are obviously adjusting based on the information coming from, not only what happened in Wisconsin, but what happens here in Chicago.”

Brown said he has seen the video, calling it “god-awful to watch.”

The shooting happened at approximately 5 p.m. Sunday in Kenosha, about 65 miles north of Chicago, and was captured on cellphone video that was posted online.

In that clip, which was filmed from across the street, the Black man, who was later identified by officials as Jacob Blake, walks from the sidewalk around the front of his SUV to his driver-side door as officers follow him with their guns pointed and shout at him. As Blake opens the door and leans into the SUV, an officer grabs his shirt from behind and opens fire while Blake has his back turned.

Seven shots can be heard, though it isn't clear how many struck Blake or how many of the three officers who were at the scene fired shots. During the shooting, a Black woman can be seen screaming in the street and jumping up and down.

Blake was taken to a Milwaukee hospital and was in serious condition, the Kenosha Police Department said in a news release, in which it didn't refer to him by name. The three officers were placed on administrative leave, as is standard practice in any officer-involved shooting.

“And again, we don’t want to make any sort of assumptions on a preliminary investigation that’s just started," Brown said. “But again, the video looks god-awful.”

The superintendent said he hopes law enforcement in Wisconsin release more information about the shooting “sooner rather than later.”

Mayor Lori Lightfoot said in a tweet Monday morning she was “deeply disturbed” by the video.

“I urge civil & criminal authorities to pursue an immediate & thorough investigation of the shooting,” she wrote.

In a subsequent tweet, Lightfoot said: “We pray that Mr. Blake survives. And we pray for his children, and for peace and justice in Kenosha.”

Yesterday in Wisconsin, a police officer shot Jacob Blake, an unarmed Black man, a father, 7 times in the back. I am deeply disturbed by the video capturing part of the incident. I urge civil & criminal authorities to pursue an immediate & thorough investigation of the shooting.

In the unrest that followed Sunday night, social media posts showed neighbors gathering in the surrounding streets and shouting at police. Some could be heard chanting, “No justice, no peace!” Others appeared to throw objects at officers and damage police vehicles.

Later Sunday, in a scene that mirrored the widespread protests over the police shootings of George Floyd, Breonna Taylor and other Black people, marchers headed to the Kenosha County Public Safety Building, which houses the police and county sheriff's departments. Authorities mostly blocked off the building, and some officers were positioned on the roof as protesters marched beside lines of honking cars as they made their way to the building.

Outside the station, protesters clashed with officers dressed in riot gear, including plastic face masks, who occasionally used their shields and batons to push people back.

Wisconsin Gov. Tony Evers has indicated he intends to take further action over the shooting.

“I have said all along that although we must offer our empathy, equally important is our action," he said. "In the coming days, we will demand just that of elected officials in our state who have failed to recognize the racism in our state and our country for far too long.”