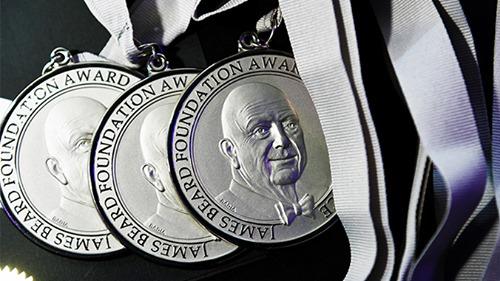 When it comes to the 2020 James Beard Foundation’s outstanding chef and restaurant awards, it truly is an honor just to have been nominated.

This year's previously announced finalists will remain an asterisked group of perpetual nominees — no winners, no losers — following word from the Beard Foundation on Thursday that it’s scrapping its award presentation altogether for 2020, having already pushed back the ceremony from May to September. More than 20 categories are affected; eight finalists from Chicago were in contention.

“The uncertainty of this time for our industry is already a hard reality, and considering anyone to have won or lost within the current tumultuous hospitality ecosystem does not in fact feel like the right thing to do,” Clare Reichenbach, James Beard Foundation CEO, said in a statement. “In short, an honor which we know is held in high regard, at the moment, feels minor when compared to the dire situation we are in.”

The ceremony, still scheduled for Sept. 25 in Chicago, will instead celebrate the nominees, reflect on the challenges of the past year, and explore ways to rebuild a stronger and more equitable industry. The event will be broadcast live on Twitter.

Restaurants and bars have been hard hit by not only the coronavirus pandemic but also by numerous accusations of toxic work environments within the industry.

Because the awards recognize work from the previous year, the foundation has also canceled its traditional awards presentations for 2021, stating that any such ceremony would be “unfair and misguided” given the “unprecedented hardships” restaurants have faced in 2020.

Instead, the 2021 ceremony will honor members of the independent restaurant community who’ve shown leadership during these stressful times. Chicago will remain the host city for the program, expected to take place in May 2021.

The awards are slated to return in 2022. Between now and then, the foundation and its awards committees will work with an outside social justice agency to overhaul the policies and procedures for the awards. Objectives include removing any systemic bias and increasing the diversity of candidates, according to a foundation statement.

The 2020 Chicago finalists were Lost Lake for outstanding bar program and Spiaggia for outstanding wine program. The remaining local nominees were all contending in the Best Chef Great Lakes category: Jason Hammel of Lula Café; Gene Kato of Momotaro; Noah Sandoval of Oriole; John Shields and Karen Urie Shields of Smyth; Erick Williams of Virtue; and Lee Wolen of Boka.