Video: Highlights from day one of the Democratic National Convention — and what to look forward to on day two with our Spotlight Politics team of Amanda Vinicky, Heather Cherone and Paris Schutz.

NEW YORK (AP) — A day after Michelle Obama’s passion wowed Democrats, Joe Biden is drawing on a collection of his party’s most experienced leaders at the Democratic National Convention to underscore what he calls a global leadership deficit that threatens U.S. national security.

Jill Biden will also introduce herself to the nation for the first time as the prospective first lady. A longtime teacher, she’ll speak from her former classroom at Brandywine High School near the family home in Wilmington, Delaware.

“Donald Trump is just not equipped, not capable of doing what we need to do in the world today,” Kerry said during a briefing ahead of the convention’s second night. “What Donald Trump inherited, which was a growing economy and a world of respect, he’s turned into a world of chaos, literally.”

Biden is fighting unprecedented logistical challenges to deliver his message during an all-virtual convention this week as the coronavirus epidemic continues to claim hundreds of American lives each day and wreaks havoc on the economy.

The former vice president will formally become his party’s nominee Tuesday night after a prerecorded roll call vote from delegates in all 50 states airs, and the four-day convention will culminate on Thursday when Biden accepts that nomination inside a mostly empty Delaware convention hall. His running mate, California Sen. Kamala Harris, will become the first woman of color to accept a major party’s vice presidential nomination on Wednesday.

Until then, the former vice president is presenting what he sees as the best of his sprawling coalition to the American electorate in a format unlike any other in history. There is no live audience for any of the speakers, who, like Mrs. Obama on Monday night, have so far delivered their remarks standing or seated alone in mostly prerecorded videos. 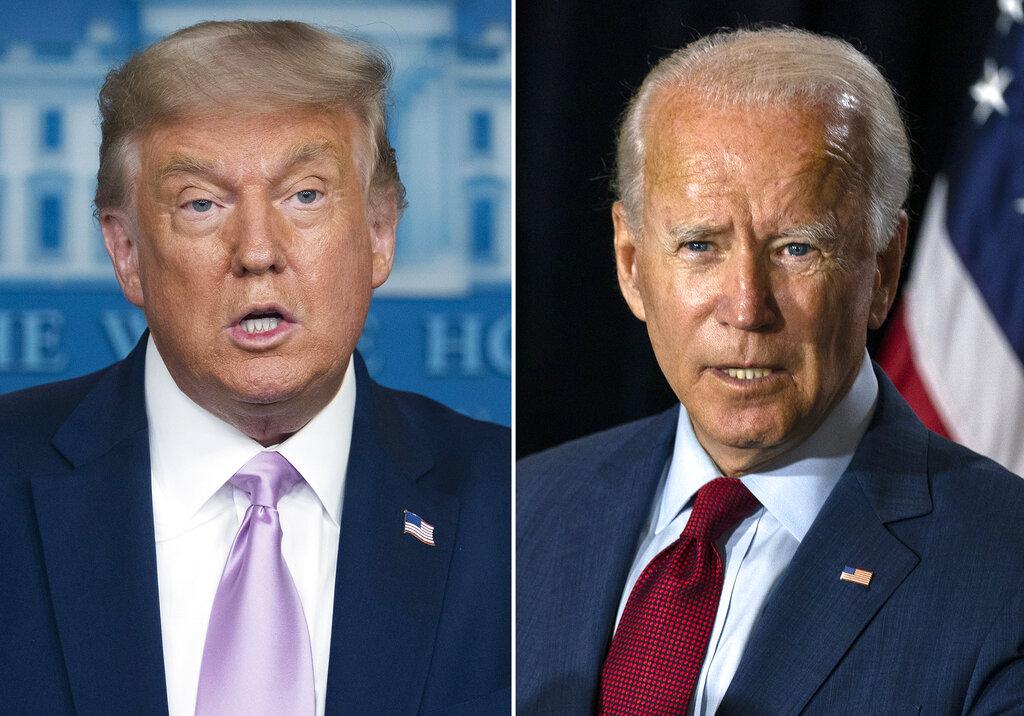 Biden is leading Trump in most polls, but 77 days before the election, the Democrat has neither history nor enthusiasm on his side.

Just one incumbent president has been defeated in the last four decades. And Biden’s supporters consistently report that they’re motivated more by opposition to Trump than excitement about Biden, a 77-year-old lifelong politician. That deficit could hurt turnout among less consistent voters, particularly minorities, whom Biden needs to show up in great numbers this fall.

Clinton, a fixture of Democratic conventions for nearly three decades, will address voters for roughly five minutes in a speech recorded at his home in Chappaqua, New York.

An aide billed the address as Clinton’s sharpest rebuke yet against Trump. The 42nd president of the United States is focusing on what he says are Trump’s economic failures during the pandemic, arguing that the nation did not need to be in such a difficult state.

It remains to be seen whether the unconventional convention will give Biden the momentum he’s looking for.

Preliminary estimates show that television viewership for the first night of the virtual convention was down compared with the opening of Hillary Clinton’s onsite nominating party four years ago.

“We are producing a digital convention, and people are watching,” Biden spokesman T.J. Ducklo tweeted.

Michelle Obama energized the proceedings in her keynote address Monday night, when she delivered a passionate condemnation of the Republican president who replaced her husband.

“Donald Trump is the wrong president for our country,” she said. “He cannot meet this moment. He simply cannot be who we need him to be for us.”

Trump responded on Tuesday, tweeting that he wouldn’t be in the “beautiful White House” today if it “weren’t for the job done by her husband,” President Barack Obama. Trump ended with a sarcastic thanks to Mrs. Obama for her “very kind words.”

The president sought to steal focus from the convention on Monday by hosting a political rally in Wisconsin, where Biden’s party had originally planned this week’s convention. Trump was on the road again Tuesday, traveling to the southern U.S. border in Arizona and reviewing recent storm damage in Iowa.

Clinton, Carter and Kerry, among the Democrats’ most prominent leaders of past decades, represent the establishment wing of their party. Progressive New York Rep. Alexandria Ocasio-Cortez is to appear for just one minute. Voters will also hear from Sally Yates, the former acting attorney general who resisted Trump’s order to block Muslim immigrants from entering the United States but isn’t viewed as a liberal activist.

Democrats are highlighting some of their party’s most experienced faces to shine a light on what they see as Trump’s failures at home and abroad.

As was the case on Monday, Tuesday’s political speeches were to be framed by appearances from average Americans touched by the crises that have exploded on Trump’s watch. There will be a special focus on health care and national security.

With no live audiences, convention organizers have been forced to get creative in their quest to generate interest and enthusiasm.

Seeking to inject some family fun into an otherwise serious two-hour video montage, the campaign hosted drive-in viewing stations on Monday in six states, much like drive-in movies, where viewers could watch on a big screen from the safety of their vehicles. There are also many online watch parties featuring celebrities and elected officials to make the experience more interactive.

“We think that the format and the mix of produced content and live speakers makes for a really dynamic viewing experience for voters all across the country,” Bedingfield said.