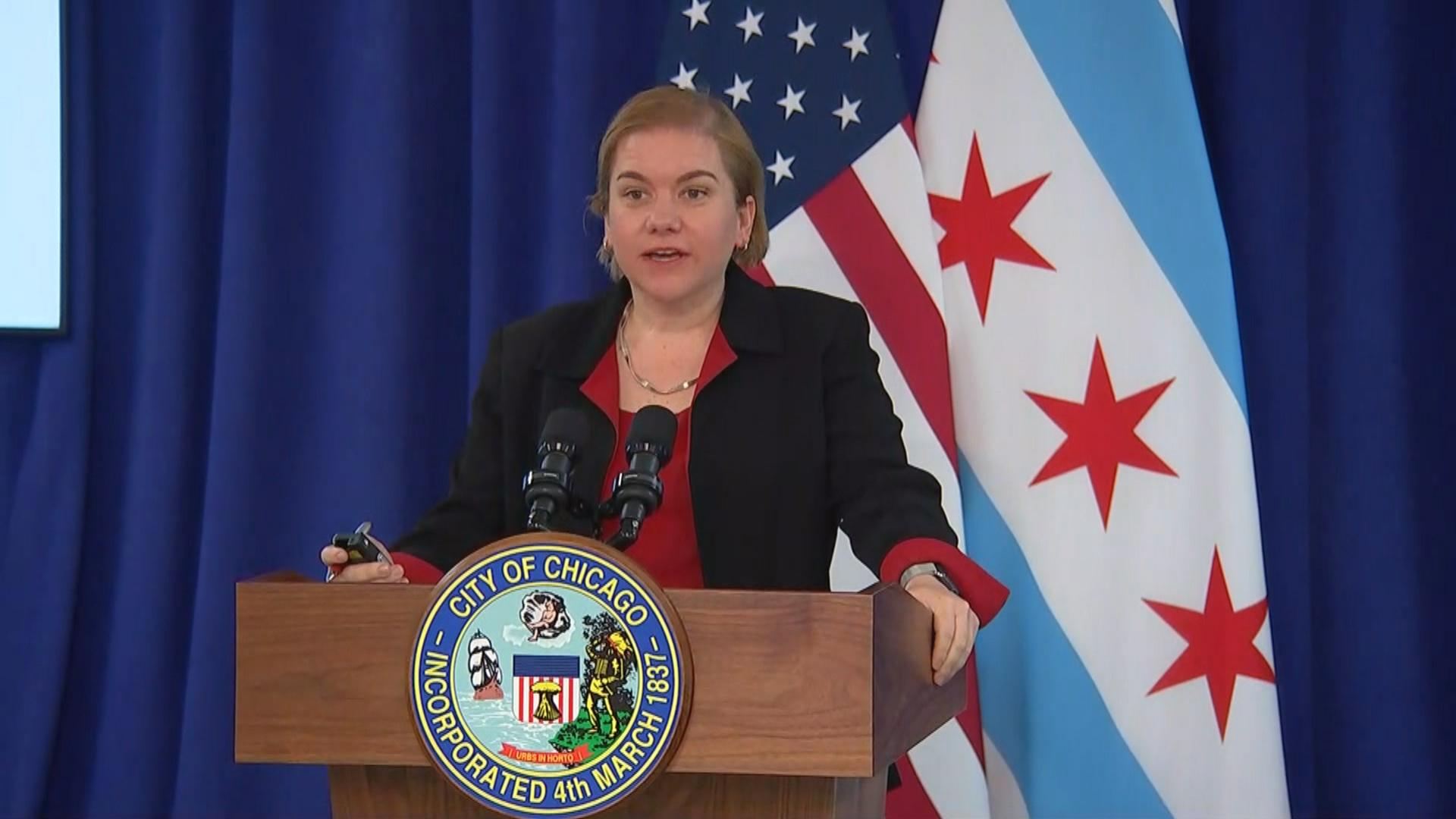 Dr. Allison Arwady, the commissioner of the Department of Public Health, provides an update on COVID-19 infections in Chicago on Tuesday, Aug. 18, 2020. (WTTW News)

Chicago is now averaging more than 300 confirmed cases of the coronavirus per day during a seven-day period, reversing some of the progress the city made before it began reopening at the beginning of June, officials said.

Dr. Allison Arwady, the commissioner of the Department of Public Health, said the spread of the virus remains high among city residents between the ages of 18 and 29 as well as among Latino Chicagoans, especially those who live on the Northwest, Southwest and Southeast sides of the city.

“We are not seeing the decline we would like to see,” Arwady said.

An average of 307 Chicagoans have been diagnosed each day with the coronavirus during the past week, a 2% increase from the previous week, according to Chicago Department of Public Health data. The city’s average test positivity rate is 5%, according to the data.

In mid-May, when Chicago hit an initial peak in COVID-19 infections, the city was averaging more than 1,000 cases per day during a seven-day period, according to city data. When Mayor Lori Lightfoot allowed businesses to begin reopening after Gov. J.B. Pritzker allowed the stay-at-home order to expire, the city was seeing fewer than 200 cases per day, on average, during a seven-day period.

If Chicago continues to experience a slow but steady increase in the number of confirmed cases and reaches a seven-day rolling average of more than 400 cases, city officials will be forced to consider reimposing restrictions, Arwady said.

Despite the increase in cases, Chicago has not seen an increase in the number of Chicagoans hospitalized as a result of the coronavirus or in deaths linked to COVID-19. Twenty Chicagoans are hospitalized each day because of  the virus, and three die, according to data compiled by the city.

“I don’t want people to let their guard down, no matter what part of the city you live in,” Arwady said.

The coronavirus is primarily spreading within Latino families, who often live in multigenerational homes, Arwady said. Workplaces have not been a significant source of the virus spread, Arwady said.