Could ComEd Customers Get Reimbursed for ‘Wrongfully Inflated Rates’?

Commonwealth Edison has to pay a $200 million fine to the federal government as part of its deal with the U.S. attorney’s office after its shocking admission that some of its top executives actively engaged in bribery to help get favorable legislation passed through Springfield, including a pair of laws that paved the path for rate increases.

“Keep in mind that not a penny of that is going to the ComEd ratepayer. That money is simply a fine that will ultimately be remitted to the U.S. government,” said attorney Adam Levitt of DiCello Levitt Gutzler, LLC.

Levitt is one of the attorneys seeking to change that.

In a case filed Monday in Cook County Circuit Court, Levitt and attorney Stephan Blandin of Romanucci & Blandin LLC represent six plaintiffs – a mix of individuals and businesses who are all ComEd customers seeking financial recompense – in a case they’re asking to be certified as class action on behalf of the approximately 4 million total customers.

“From 2011 through the present day, millions of individuals and businesses owning or leasing property and operating businesses in the State of Illinois were unknowing victims of a vast and corrupt criminal scheme perpetrated by the State’s largest utility company,” the complaint reads.

The lawyers say they can’t give any estimate as to how much money consumers would get back from ComEd should they succeed; it will take further court action to sort out how much ComEd profited.

According to the deferred prosecution agreement, ComEd benefited by at least $150 million through the scheme.

“This lawsuit is to determine the full extent because we all know that Commonwealth Edison did not admit to $150 million, that this goes much deeper than that,” Blandin said during a press conference Tuesday. “The idea that Commonwealth Edison was somehow held to account by a $200 million fine, that’s simply nonsense. The same day that the U.S. attorney’s office announced that deferred prosecution agreement and the $200 million fine, Exelon – the parent company – their stock increased. It went up. The reason being everybody in the market believed that Commonwealth Edison and ComEd got off with a slap on the wrist. So we’re here to find out what the full extent of their profits were as a result of this admitted bribery scheme to make sure that that gets refunded to the ratepayers.”

Given that the case is focused on ratepayers, who had “no choice but to pay these wrongfully inflated rates,” according to the complaint, Blandin hinted that it’s unlikely House Speaker Michael Madigan – referred to as the “Public Official A” with whom ComEd worked so hard to curry favor – will be deposed, but he said ComEd executives “up to the top” will be asked to give depositions.

Madigan has not been charged, and he denies participating in the scheme.

Blandin said the case should be all that much easier because in addition to the fine, ComEd agreed in its deferred prosecution agreement with the feds that it “will neither contest the admissibility of nor contradict the Statement of Facts in any such proceeding, including any trial, guilty plea or sentencing proceeding.”

But in a statement, ComEd spokesman Paul Elsberg said: “The improper conduct described in the deferred prosecution agreement, however, does not mean that consumers were harmed by the legislation that was passed in Illinois. The DPA makes no such allegations, and in fact the bipartisan legislation resulted in substantial benefits for ComEd’s customers, including 70 percent improved reliability since 2012 and billions of dollars in savings for customers.”

Elsberg said while all of that “in no way excuses the conduct described in the DPA … that is a distinct issue from the effect of the legislation for ComEd’s customers.”

While a court hearing Tuesday related to the bribery charge was relatively brief, ComEd has other battles ahead, including another hearing next week.

On Wednesday the utility is set to go before state regulators to explain the ethics reforms the company has made in the wake of the scandal coming to light.

The Illinois Commerce Commission is chaired by Carrie Zalewski, the daughter-in-law of former Chicago Ald. Mike Zalewski, who is referenced in the prosecutors’ statement detailing how ComEd paid Madigan allies as part of its kowtowing to the speaker.

Last week, Gov. J.B. Pritzker suspended groups working on the next phase of an energy overhaul. ComEd had been lobbying to include further favorable language in that clean energy package, arguing that it would reduce carbon emissions if ratepayers paid more to help keep additional Exelon nuclear plants from closing.

Crain’s Chicago Business reports that Pritkzer has further put the kibosh on that, quoting Pritzker spokeswoman Jordan Abudayyeh as saying: “The governor is opposed to formula rates, which were put into place to fund the completed grid modernization, and he believes that utilities should justify their costs to Illinois ratepayers annually.” 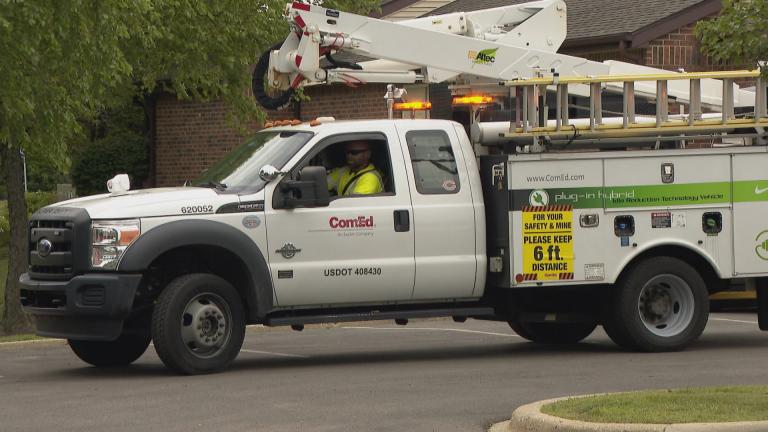